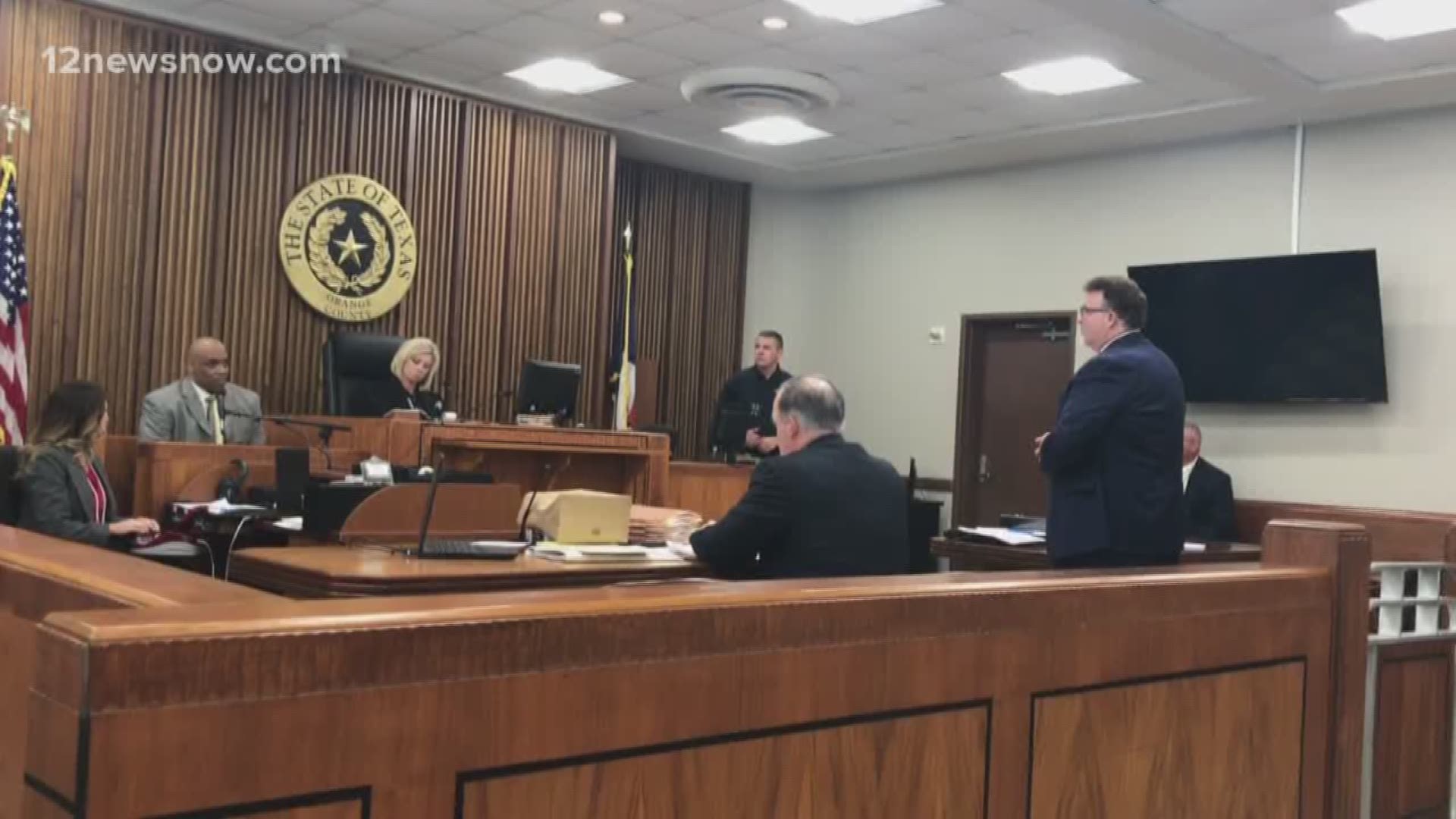 ORANGE COUNTY, Texas — A 52-year-old man was found guilty of murder in an Orange County courtroom on Thursday.

Felix Guillory, 52, was found guilty of stabbing Shane Cooper to death in 2016.

A DNA analyst confirmed the defendant's DNA was on the bloody knife found in the victim's vehicle and on the victim's wedding ring found at the scene.

Guillory will be sentenced at a later date by Judge Courtney Arkeen.

He faces up to life in prison at sentencing.