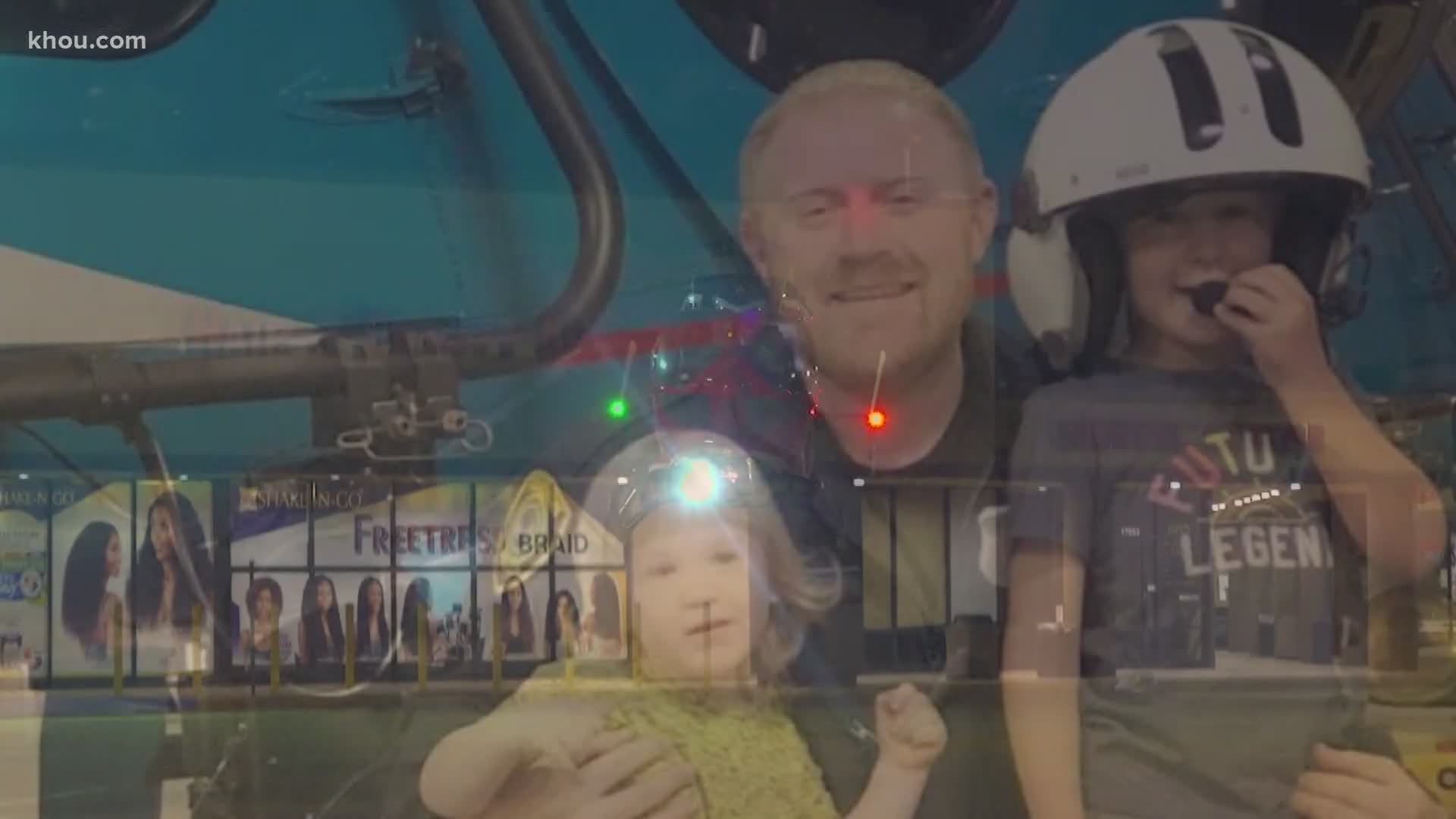 HOUSTON — The Houston Police Department is mourning the loss of one of its own after an HPD helicopter crashed early Saturday in north Houston.

Knox, 35, was sworn in as a HPD officer in June 2012. He was assigned to the Midwest Patrol Division and the Office of Public Affairs before joining the Air & Marine Division in January 2019. He is survived by his wife, a dispatcher for the Cy-Fair Fire Department, and.their two children. Knox's father Mike is a Houston city councilmember and former HPD officer.

“We’re hoping that he will survive,” Acevedo said. “But having said that, as you know when you have trauma, it can turn very quickly. We’re asking for the community’s prayers for everyone involved.”

Officer Cormier's wife Brooke said he is being treated for a broken back and they have a long road ahead.

Officer Cormier was sworn in as a HPD officer in July 2006.He is currently assigned to the Air & Marine Division.

According to the chief, the aircraft crashed shortly before 2 a.m. inside the Biscayne Apartments in the 17000 block of Imperial Valley. They were responding to reports of bodies floating in the nearby bayou.

Acevedo said it took nearly an hour to cut open the aircraft and rescue the officers. They were taken about 3 a.m. via Life Flight to Memorial Hermann Hospital.

The pilot managed to avoid hitting the apartment buildings, which Acevedo said undoubtedly would have resulted in more fatalities.

No one on the ground was injured.

At this point, it’s not known how the accident happened, but Acevedo said the department is going to stop all flights until further notice.

Jauan Kenney was shooting a Tiktok video fo the chopper when he saw it start spinning. He's hoping his video can help with the investigation.

WARNING: Some viewers may find the video disturbing

The National Transportation Safety Board and the Federal Aviation Administration will be conducting an investigation as well as HPD.

“There was a lot of fuel that was spilled on the scene, and as you can imagine, that fuel is very flammable. And when you’re using instruments to try to save our officers, I think it’s very heroic their efforts. They put their lives on the line, and as far as I’m concerned, they earned the medal of valor tonight when they were in that environment."

The police chief said the department has labeled the case a homicide because of the officer’s death.

“No stone will go unturned in the investigation of this crash,” Acevedo said.

One of the chopper's most recent assignments was to fly over the graduation of several HPD cadets.

“If someone had told me a few hours later we would have an aircraft down and we’d lose a really good man, I would have said ‘no way,'” Acevedo said holding back tears.

Mayor Sylvester Turner announced the lights of  City Hall, the bridges over 59 and the airport will be turned blue tonight In honor of Officer Knox.