A fundraising effort is underway to raise money for former college football player Devon Gales who was paralyzed during a 2015 game against the University of Georgia. 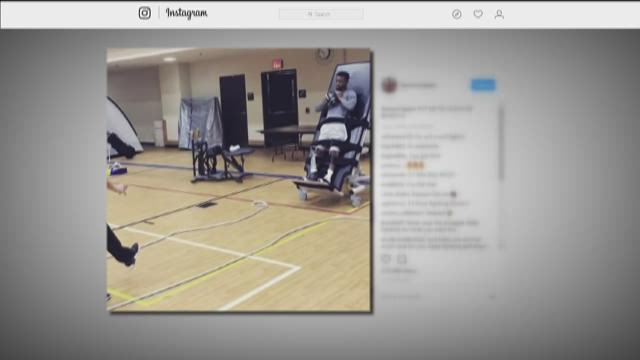 On Sept. 26, 2015, Gales, who played for Southern University, suffered a spinal injury while facing UGA.

According to a tweet from Bleacher Report, the athletes and celebs are teaming up with nonprofit Walk Again Athletic Warriors, selling customized shoes in hopes of raising $500,000 for an adaptable home for Gales.

Earlier this year, the University of Georgia helped raise $49,000 for the Gales family through several fundraising channels, including selling licensed Georgia t-shirts. But with estimated costs for a home at $500,000, the university is trying to get more people involved.

Gales has vowed to walk again on his own, posting a video this summer of him throwing a football during therapy.

NFL Stars and Celebs are teaming up with @walkagainaw to raise money for former CFB player, Devon Gales, who was paralyzed two years ago pic.twitter.com/kBPYtU6Dy8