Homeless veteran died alone, but he wasn't laid to rest that way

Over 100 people attended the funeral of Lieutenant Richard Butterfield, who was laid to rest with full military honors when his family could not be found. 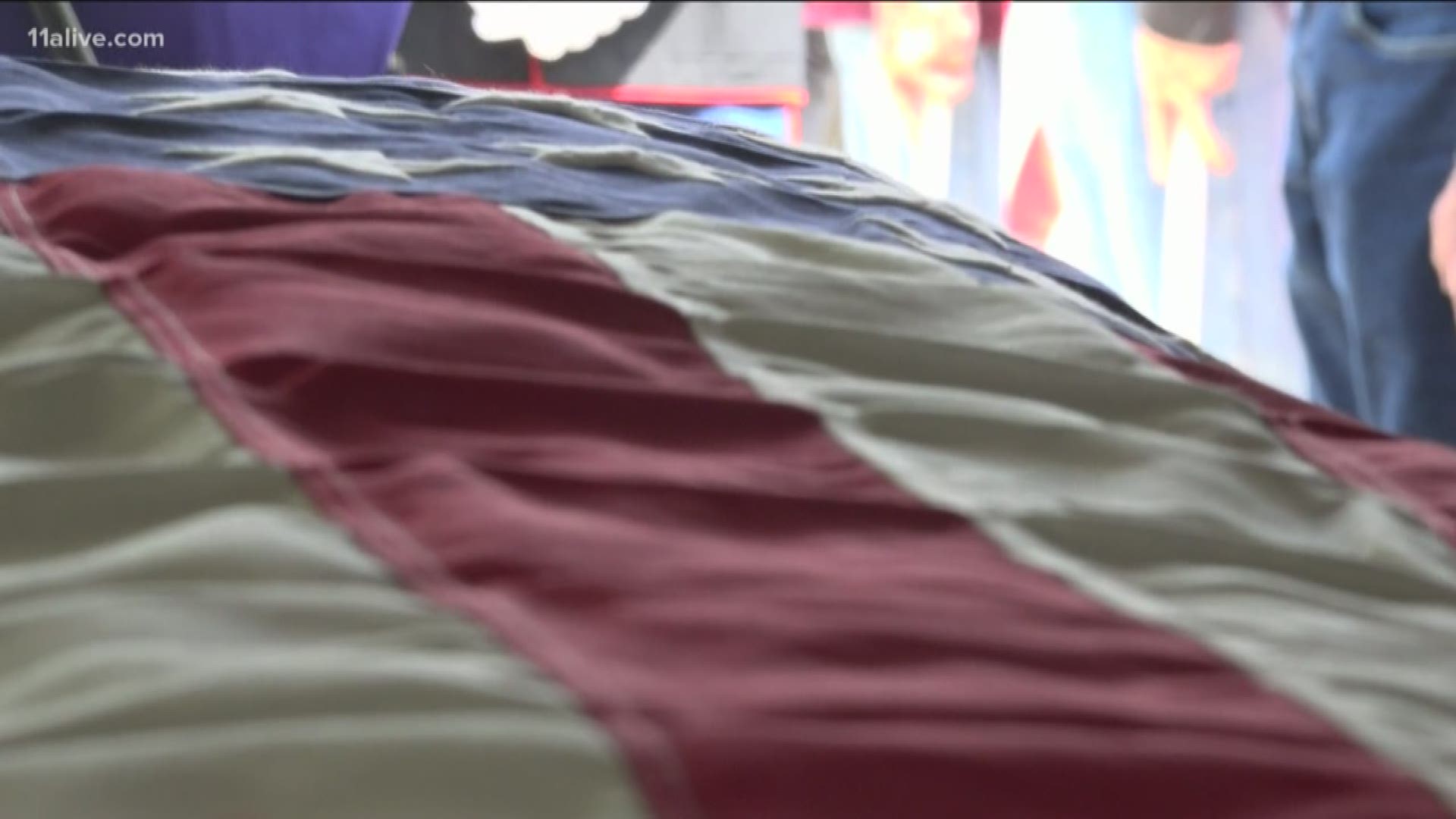 It’s a formal military term, but what it means is that no one has come forward to honor a veteran, or bury them.

When Lieutenant Richard Butterfield died two months shy of his 80th birthday, he was homeless and alone. But, the Homeless Veterans Burial Program made sure he wasn’t laid to rest that way. Surprisingly, over 100 people attended his service at the Georgia National Cemetery in Canton on Wednesday, when it was expected that no one would come.

“No Marine should … no veteran, should be alone,” said Bishop David Epps, who delivered the eulogy. He told 11Alive’s Kaitlyn Ross that he never met Lt. Butterfield in life, but, when he got the call looking for someone to perform the service, he knew the man deserved to be buried with dignity.

“I thought … I need to do this for myself. I need to be here for this,” he said.

Credit: WXIA
Over 100 people attended funeral services for Lieutenant Richard Butterfield, who was laid to rest with full military honors when his family could not be found.

Lt. Butterfield served in Vietnam from 1960 to 1968 and was honorably discharged from the U.S. Marines. After that, he disappeared.

“Whatever else happened in his life, where he was homeless, penniless, and alone. Whatever happened, happened,” Epps said. “Today, he will be honored. He will be surrounded by his brothers.”

Credit: WXIA
Members of the Patriot Guard honored the late Lt. Butterfield at his funeral, hosted by the Homeless Veterans Burial Program.

People drove for hours from across Georgia to attend the service in Canton. The Patriot Guard escorted his body and they folded the American Flag that draped his casket, hoping that one day his family will come forward to retrieve it.

“It’s heartbreaking. It’s just heartbreaking to see that someone who served our country and did what he did for us - to come home and have no recollection of the last 53 years of his life, in America,” said DeLayne Davis, a member of the Patriot Guard. “It’s unreal that could ever happen.”

1 / 4
WXIA
Lt. Richard Butterfield, who served in the Marines during the Vietnam War, was laid to rest with members of the Patriot Guard to honor him.

Davis accepted the American Flag for Butterfield. It will be held, along with his Certificate of Honorable Service, at the Military Cemetery in Canton, in hopes that it can be passed on to someone who knew him - who loved him.

Davis was proud to accept the flag in his honor.

“I’m proud to be an American right now. We just didn’t expect this many people to show up,” she said, glad that Butterfield is getting the dignity veterans deserve. “We backed off him and didn’t have his back during his life, but thank God we showed up for him today.”

Epps said that, while many do slip through the cracks, it’s important to be there – no matter how long it takes.

“It would have been easy for him to have passed, unnoticed,” Epps said. “But, we determined that would not happen, that he would be noticed today.”