'That's what we train for:' Pilot discusses Boeing 777 engine failure

10 Tampa Bay anchor Allison Kropff spoke with an aviation expert about what happened and what investigators are looking for. 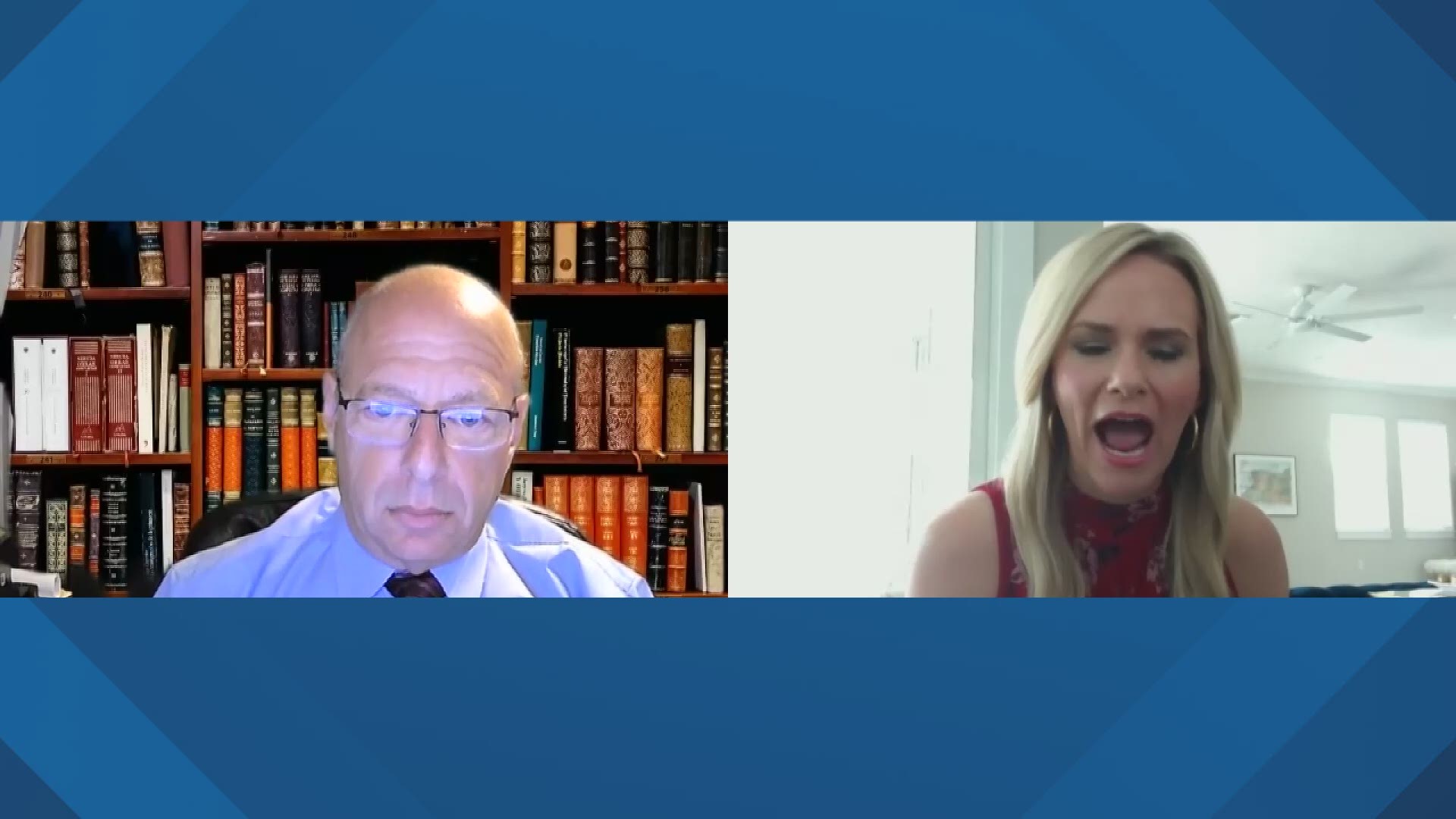 TAMPA, Fla. — After a United Airlines plane engine failed, dropping debris on a Denver neighborhood, we wanted to give you a sharper insight into what happened.

10 Tampa Bay anchor Allison Kropff spoke with retired pilot Mark Weinkrantz about what happened to United Flight 328. In a career spanning 33 years, he was an instructor in the Air Force and at the airline and has more than 30,000 hours of total flight time.

"During takeoff, the engine is under the highest stress, and apparently, and this is just the first blush, one of the inlet fan blades seems to have failed and had been ingested into the engine. That resulted in a catastrophic failure," Weinkrantz explained.

This is actually something he experienced as a pilot.

"A lot of it depends on if it happens at day or night. Mine happened to happen at night on a 747 and there's a backfire that's involved that shot a flame about 20 feet in front of the engine because the airflow had been disrupted by this fan blade failure. The engines are set on pylons specifically for this purpose. They're away from the wing. And generally, when an engine digests itself like this United one appears to have, it's contained within the engine itself. That's what makes this a little bit more unusual is that it rained down debris on the area all around it," Weinkrantz continued.

At this point, dozens of 777 jets are grounded, so Weinkrantz walked us through what's next.

"They're going to do an inspection on all these fan blades. Every fan blade is inventoried, it's not like they have one big engine and say hang it on the wing and go. This is something every fan blade will have a serial number on it and they're gonna go back to that lot and look at all those serial numbers that come from similar run from the manufacturer and in this case I believe it was a Pratt & Whitney engine. The other big manufacturers are GE and Trent Engines by Rolls Royce. The smallest crack in one of these fan blades, because they're very lightweight and metal, can result in a failure, so they're monitored with any indications of failure. In the old days, they used to put a dye on them and see how far the crack went in. Now with all the engine monitoring that goes on automatically that the pilot doesn't even see, sometimes maintenance will know there's an issue with the engine before the pilot ever knows. That was not the case this time."

If you're worried about safety, Weinkrantz says you should absolutely feel safe flying on these kinds of planes.

"The 777, triple 7, is one of the most over-powered airplanes. Now, they were flying out of Denver, so it has its own challenges for altitudes of course, but in essence, once it's off the ground, it could have continued for a great deal of time on the single-engine. That's what we train for in the simulator over and over again: engine failures during takeoff, immediately after takeoff and it becomes almost muscle memory for the pilot to go ahead and do these things and the 777 had built-in technology that was so good that it would zero out the rudder so that the yaw of the uneven thrust might not even be noticeable to the pilots. Boeing actually had to back off that it was so good that it would have some indication that the nose was tracking incorrectly. This was a dramatic incident because we saw fire on the wing, but that engine is contained and the initial steps, the pilots take will extinguish that fire and then they can continue to fly the aircraft."