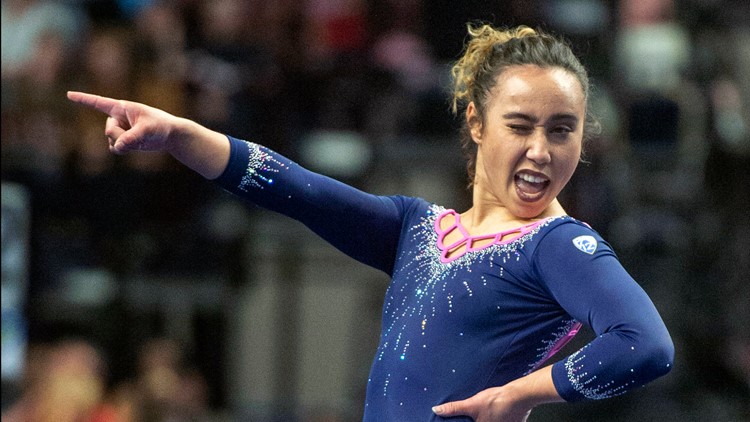 Photo by: AP
FILE - In this March 23, 2019, file photo, UCLA's Katelyn Ohashi competes on the floor, earning a 10, during the Pac-12 gymnastics championships in Salt Lake City. The former UCLA gymnast has committed to performing in the inaugural Aurora Games, an all-women’s sports and entertainment festival. The Aurora Games will be held Aug. 20-25 in Albany, N.Y., and feature about 150 world-class athletes, including Olympic medalists and national champions. (Rick Egan/The Salt Lake Tribune via AP, File)

College gymnastics star Katelyn Ohashi, whose dance-influenced floor routine made her a viral sensation, will be one of the 21 athletes appearing in ESPN The Magazine's Body Issue. It will be the final issue of the magazine's 21-year run.

The Body Issue features athletes posing tastefully nude to show off their physiques.

Ohashi has been vocal about overcoming issues of body shaming in her past.

Ohashi's floor routine, which included dance and music influences from Tina Turner, The Jackson 5, Michael Jackson and Janet Jackson, has been viewed more than 58 million times on YouTube since January. Here's a reminder of why she became an internet star.

Ohashi has graduated. She made her professional debut at last week's Aurora Games. But it was a one-time deal. She says she's retiring from the sport. Ohashi has been working on a book of poetry. She's also expressed interest in talking about mental health issues.

Here is the full list of athletes appearing in the Body Issue, which hits newsstands Sept. 6.