The CDC said that 1,080 confirmed and probable cases have been reported in 48 states and one U.S. territory, including 18 deaths in 15 states. 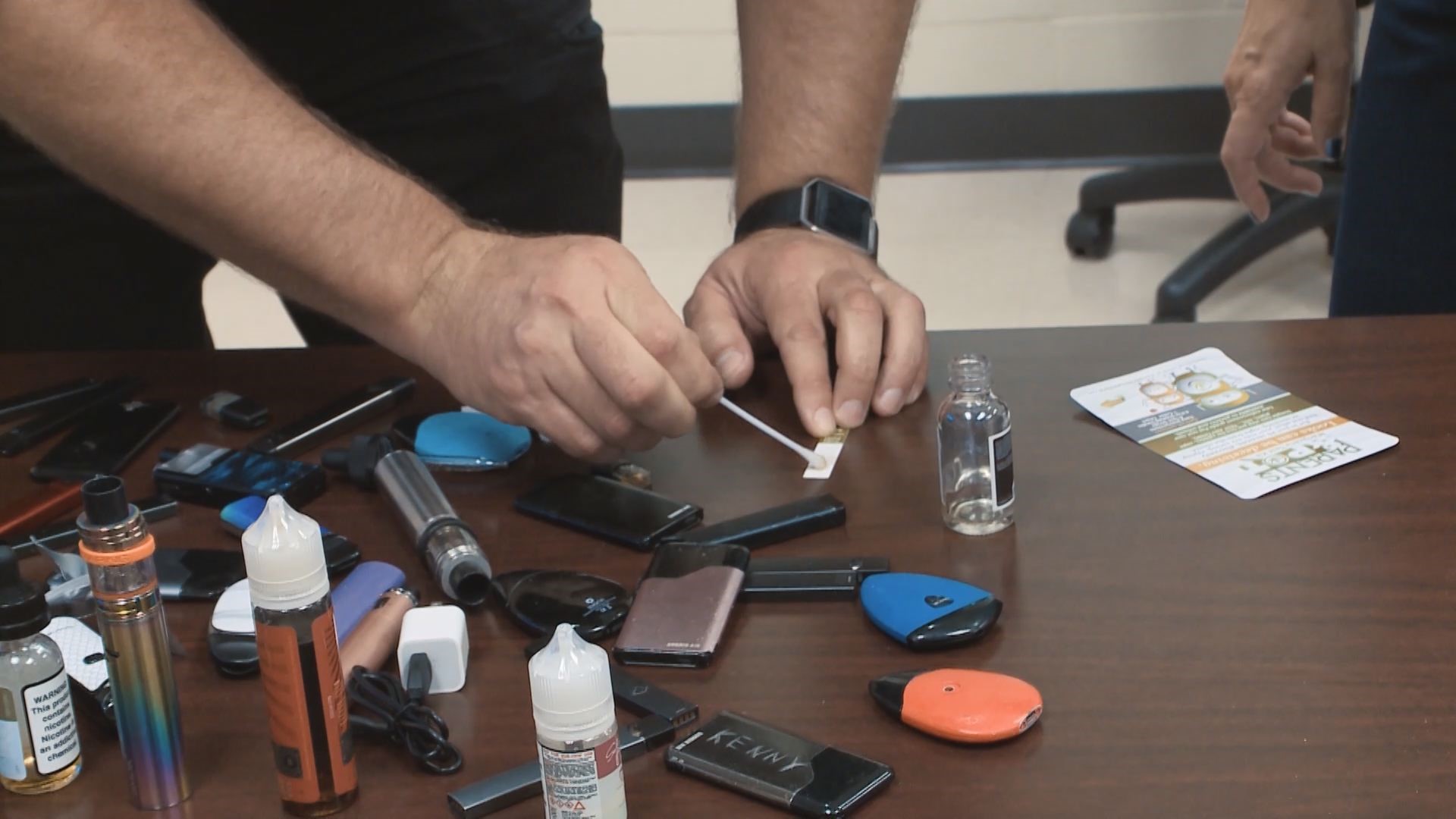 NEW YORK — The number of vaping-related illnesses has surpassed 1,000, and there’s no sign the outbreak is fading, U.S. health officials said Thursday.

Doctors say the illnesses, which first appeared in March, resemble an inhalation injury. Symptoms include severe, shortness of breath, fatigue, and chest pain. Most who got sick said they vaped products containing THC, the marijuana ingredient that causes a high, but some said they vaped only nicotine.

The Centers for Disease Control and Prevention said 1,080 confirmed and probable cases have been reported in 48 states and one U.S. territory as of Tuesday afternoon. The count includes 18 deaths in 15 states.

More than a third of patients are under age 21, but the deaths have been older adults who apparently had more difficulty recovering.

Credit: AP
FILE - In this Tuesday, April 10, 2018 photo, a high school principal displays vaping devices that were confiscated from students at the school in Massachusetts. On Thursday, Sept. 26, 2019, the Centers for Disease Control and Prevention said 805 confirmed and probable cases have been reported to have a vaping-related breathing illness, and the death toll has risen to 12. (AP Photo/Steven Senne)

Recently, 275 cases have been added to the tally each week, and about half of the newest batch were people hospitalized in the last two weeks.

“Unfortunately, the outbreak ... is continuing at a brisk pace” and there’s no sign of it slowing, the CDC’s Dr. Anne Schuchat said in a Thursday call with reporters.

The Food and Drug Administration is analyzing products from 18 states, but neither that agency nor the CDC has pinpointed an electronic cigarette, vaping device, liquid or ingredient as the root cause.

The investigation has increasingly focused on THC vaping products. But until a cause is found, the CDC continues to advise Americans to refrain from using any vaping products.

Complicating the investigation are apparently conflicting medical reports about what’s been seen in the lungs of different patients. Some doctors suggested patients’ lungs are being clogged and inflamed by oils from vaping liquids, but a report published this week by the New England Journal of Medicine pointed to the kind of chemical burns that might come from poisonous gases.

“There may be a lot of different nasty things in e-cigarette or vaping products, and they may cause different harms in the lung,” Schuchat said. “We hope over the months ahead that we’ll learn more about the spectrum of lung conditions that these exposures are having.”

Only Alaska and New Hampshire have not reported any illnesses.