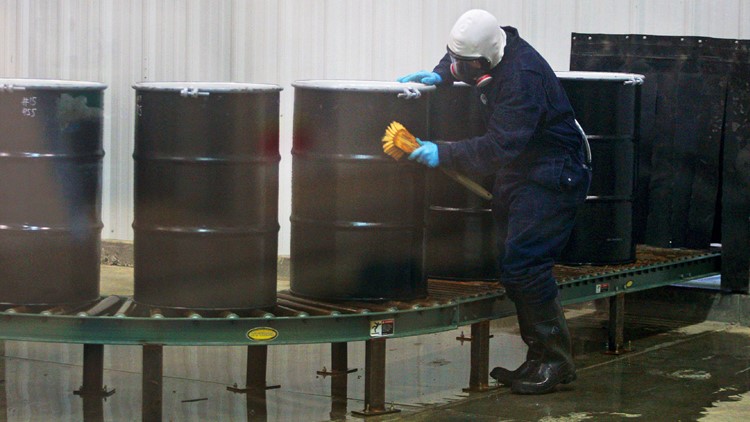 Photo by: AP
FILE - In this Monday, Dec. 9, 2013, file photo, a worker decontaminates steel drums containing yellowcake uranium to ensure safe shipment at UR Energy's Lost Creek uranium production facility in Sweetwater County, Wyo. The Trump administration is asking Congress for $1.5 billion over 10 years to build up a U.S. uranium stockpile, saying it wants to break an over-reliance on foreign uranium that undermines U.S. energy security. But some market analysts, Democrats and environmental organizations say the program, which would require congressional approval, is essentially a taxpayer bailout for a few uranium companies that can't compete in the global market. (Alan Rogers/The Casper Star-Tribune via AP, File)

SALT LAKE CITY — President Donald Trump's $1.5 billion proposal to prop up the country's nuclear fuel industry has emboldened at least one company to take steps toward boosting operations at dormant uranium mines around the West, including outside Grand Canyon National Park.

The company, Canada-based Energy Fuels Inc., has announced a stock sale and says it will use the proceeds for its uranium mining operations in the U.S. West. The company is the leading US producer of uranium.

Energy Fuels confirms that may include moving to start operations at a controversial new uranium mine near Grand Canyon National Park.

RELATED: Planning to tie the knot at the Grand Canyon? You should seek a permit sooner, park says