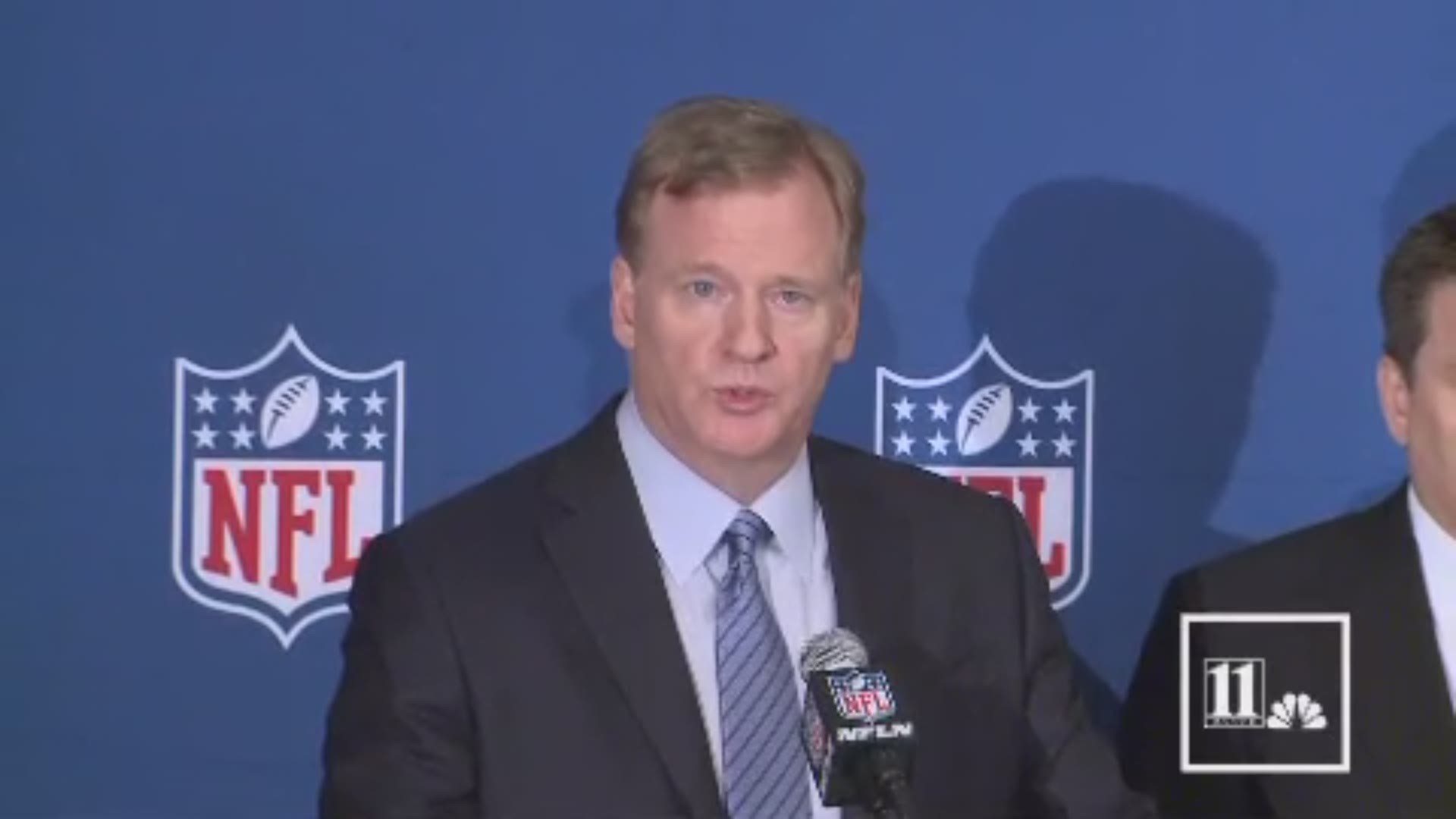 WASHINGTON — President Donald Trump says the NFL is "doing the right thing" with a policy banning kneeling during the national anthem.

Trump spoke to "Fox & Friends" in an interview airing Thursday. The policy forbids players from sitting or taking a knee on the field during the anthem but allows them to stay in the locker room. Any violations of the new rules would result in fines against teams.

Trump says he doesn't "think people should be standing in locker rooms," but he praised the plan overall.

Trump criticized players kneeling during the anthem during a rally last fall.

"You have to stand proudly for the National Anthem. You shouldn't be playing, you shouldn't be there. Maybe they shouldn't be in the country...the NFL owners did the right thing" -President @realDonaldTrump pic.twitter.com/bt36t4EX5u

In his interview with "Fox & Friends," Trump also said that the FBI is a "fantastic institution" but that "some of the people at the top were rotten apples." He said, "James Comey was one of them."

Trump was asked to respond to a tweet a day earlier from former FBI director Comey, who had asked how Republicans would explain attacks on the FBI and lying about its work to their grandchildren.

Trump responded, "How is he going to explain to his grandchildren all of the lies, the deceit, all of the problems he's caused for this country?"

Trump has been raising suspicions about the federal investigation into his 2016 campaign, alleging that the FBI had been caught in a "major SPY scandal."