The dispute is over allowing more employers who cite a religious or moral objection to opt out of providing no-cost birth control to women. 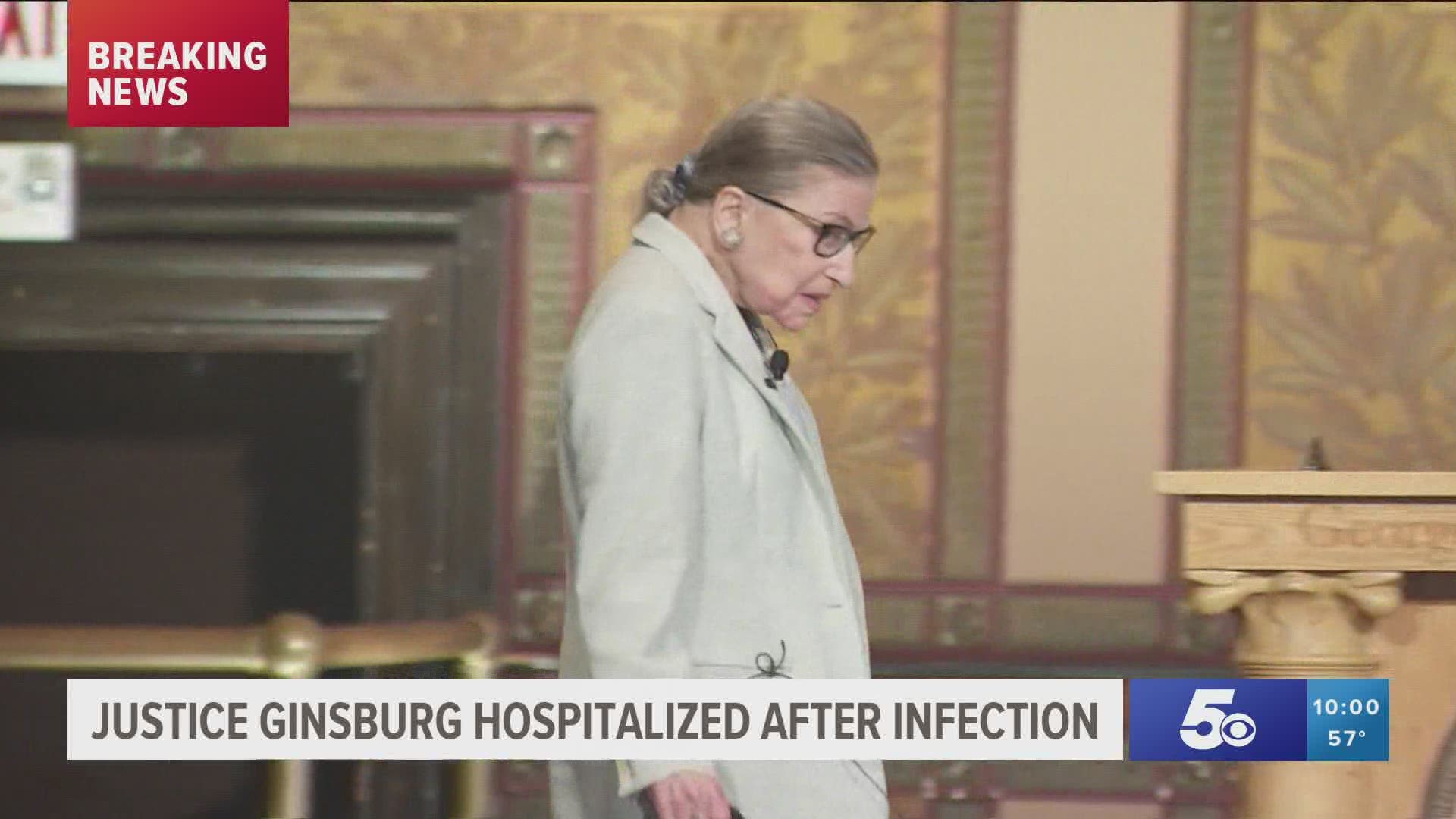 WASHINGTON — The Supreme Court heard arguments Wednesday in a dispute involving Trump administration rules that would allow more employers who cite a religious or moral objection to opt out of providing no-cost birth control to women.

With arguments conducted by telephone because of the coronavirus pandemic, Justice Ruth Bader Ginsburg joined in from the Maryland hospital where she was being treated for an infection caused by a gallstone. The court said she expected to be in the hospital for a day or two.

Justice Clarence Thomas kept up his streak of asking questions, a rarity for him, during the third day of phone arguments, with live audio available to the public.

The case stems from the Obama-era health law, under which most employers must cover birth control as a preventive service, at no charge to women in their insurance plans.

Under the Affordable Care Act, the Obama administration exempted houses of worship, such as churches, synagogues and mosques, from the requirement. It created a way by which religiously affiliated organizations including hospitals, universities and charities could opt out of paying for contraception, but women on their health plans would still get no-cost birth control. Some groups complained the opt-out process violated their religious beliefs.

Trump administration officials in 2017 announced a rule change that allows many companies and organization with religious or moral objections to opt out of covering birth control without providing an alternate avenue for coverage. The rules were finalized in 2018. The government has estimated that the change would impact approximately 70,500 women who would lose contraception coverage in one year as a result.

New Jersey and Pennsylvania challenged the rules in court, and a judge blocked them from going into effect. The judge found the Trump administration did not follow proper procedures for issuing the rules. An appeals court agreed, and the administration appealed to the Supreme Court to step in, as did the Little Sisters of the Poor. The order of Roman Catholic nuns had been instrumental in challenging the Obama administration rules.

Even though the Trump rules remain blocked, a ruling by a federal judge in Texas in June already allows most people who object to covering contraception to avoid doing so.

RELATED: Hello, justice, do you hear me? Supreme Court meets by phone

At issue in Wednesday's second argument was a 1991 law aimed at protecting consumers from unwanted telemarketing calls. Political organizations that want to use automated calling to do things like make calls to encourage people to vote challenged the law as a violation of the First Amendment.

On Monday the court heard a case about Booking.com’s ability to trademark its name, and on Tuesday, a case about federal money to fight AIDS around the world.