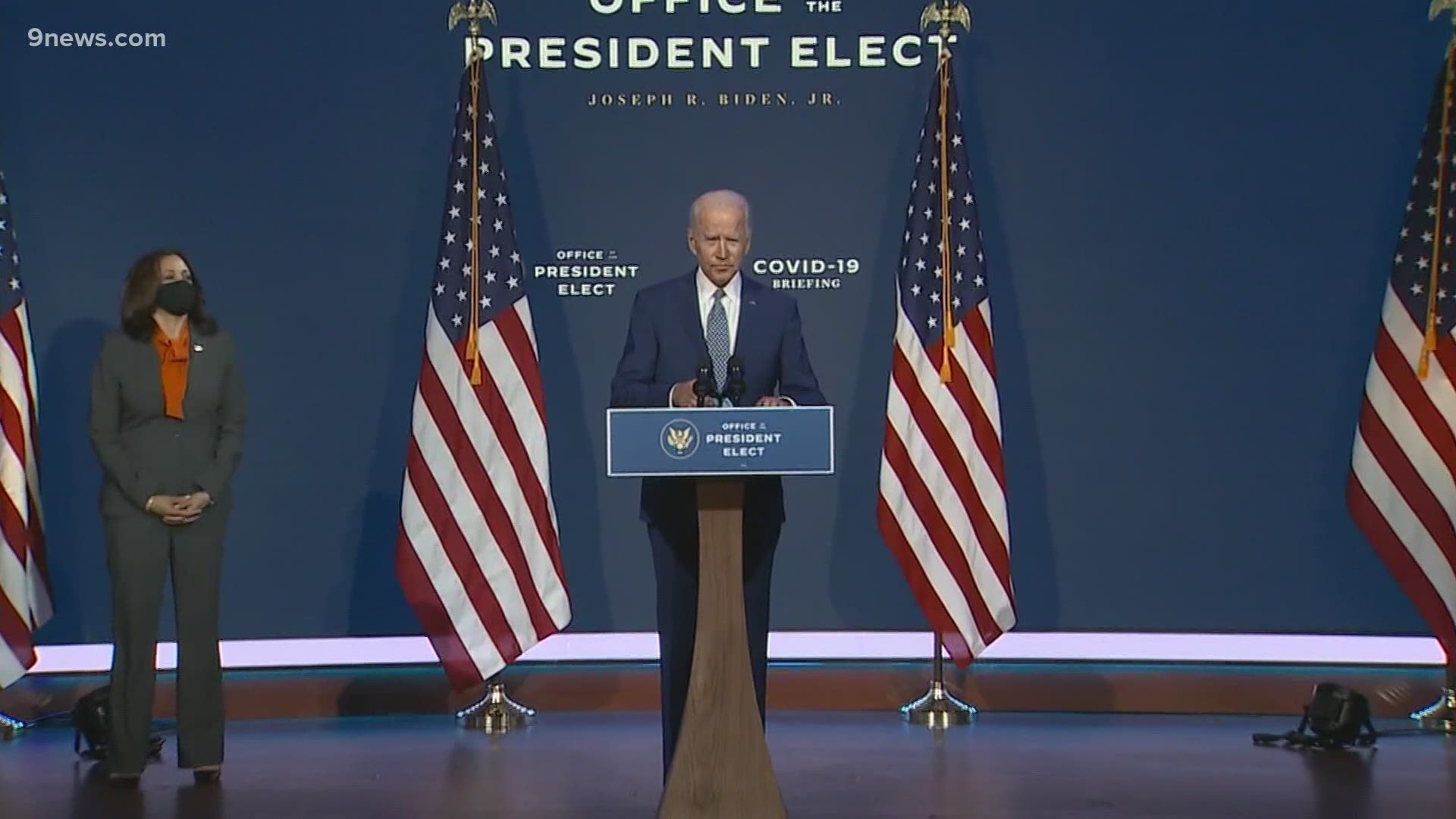 WASHINGTON — Republicans controlling the Senate unveiled a government-wide, $1.4 trillion spending bill on Tuesday, a mostly bipartisan measure that faces uncertain odds during this period of post-election tumult in Washington.

The GOP-drafted measure contains funding for President Donald Trump's border wall and other provisions opposed by Democrats, but top leaders in both parties want to try to mount a drive to enact the unfinished spending bills — which, along with a separate COVID-19 relief effort and annual defense policy bill, represent the bulk of Capitol Hill's unfinished business for the year.

Success depends on getting the signature of Trump, however, whose unpredictability and toxic relationships with Democrats threaten to doom the effort. The recent history of lame-duck sessions conducted as the White House is turning over has been that unfinished spending bills get kicked into the next year, with existing funding simply left on auto-pilot.

At issue is the roughly one-third of the federal budget that is written annually by Congress under a time-tested bipartisan process. The overall spending amount has been set in law by last year's bipartisan budget mini-deal, so any delay into next year won't likely result in more money for the Biden administration. Current funding expires Dec. 12.

The 12 spending measures, released by Senate Appropriations Committee Chairman Richard Shelby, R-Ala., have been stalled for months, trapped by fights over COVID relief and potential battles over police reform issues. But he has the backing of top panel Democrat Patrick Leahy of Vermont, Majority Leader Mitch McConnell, R-Ky., and top Senate Democrat Chuck Schumer of New York to at least pursue the effort. House Speaker Nancy Pelosi, D-Calif., herself a long-ago veteran of the Appropriations Committee, also would like to wrap up the unfinished business.

“By and large, these bills are the product of bipartisan cooperation among members of the committee," Shelby said in a statement. “Time after time, we have demonstrated our willingness to work together and get the job done. We have before us the opportunity to deliver for the American people once again.”

But Leahy carefully avoided endorsing the measure outright and instead criticized the legislation for ignoring COVID-19 relief, shortchanging safety net programs and the environment, and wasting money on unused detention beds for immigrants entering the country illegally.

Large swaths of the measure are indeed bipartisan, including a $696 billion defense budget that adds 96 F-35 fighters to the Pentagon's ranks, funds nine Navy ships, and provides $69 billion for overseas military operations. It adopts $2 billion for 82 miles of border wall, certain to be fought by Democrats, along with $8.8 billion for Immigration and Customs Enforcement that Democrats charge isn't needed because there are fewer apprehensions of illegal border-crossers.

NASA, health research, and veterans' programs all would be rewarded with healthy increases, while foreign aid and education programs would get smaller increases.

If the catch-all bill is to advance it would have to contain COVID relief such as funding to help schools reopen, vaccinate the country, help the jobless, and boost the economy.

“This country is headed for a deadly winter and it is long past time for us to provide the resources the country needs to get this virus under control and our economy back open," Leahy said in a statement. “These bills do not provide any such relief. It is imperative that we do what is necessary to stop this pandemic from spreading."

Credit: AP
FILE- In this May 30, 2018, file photo the East Front of the U.S. Capitol in Washington is seen under stormy skies.