Redacted Mueller report to be released within a week

The Attorney General isn't coming to Capitol Hill to talk about the Russia report, but he's expected to be asked about it anyway. 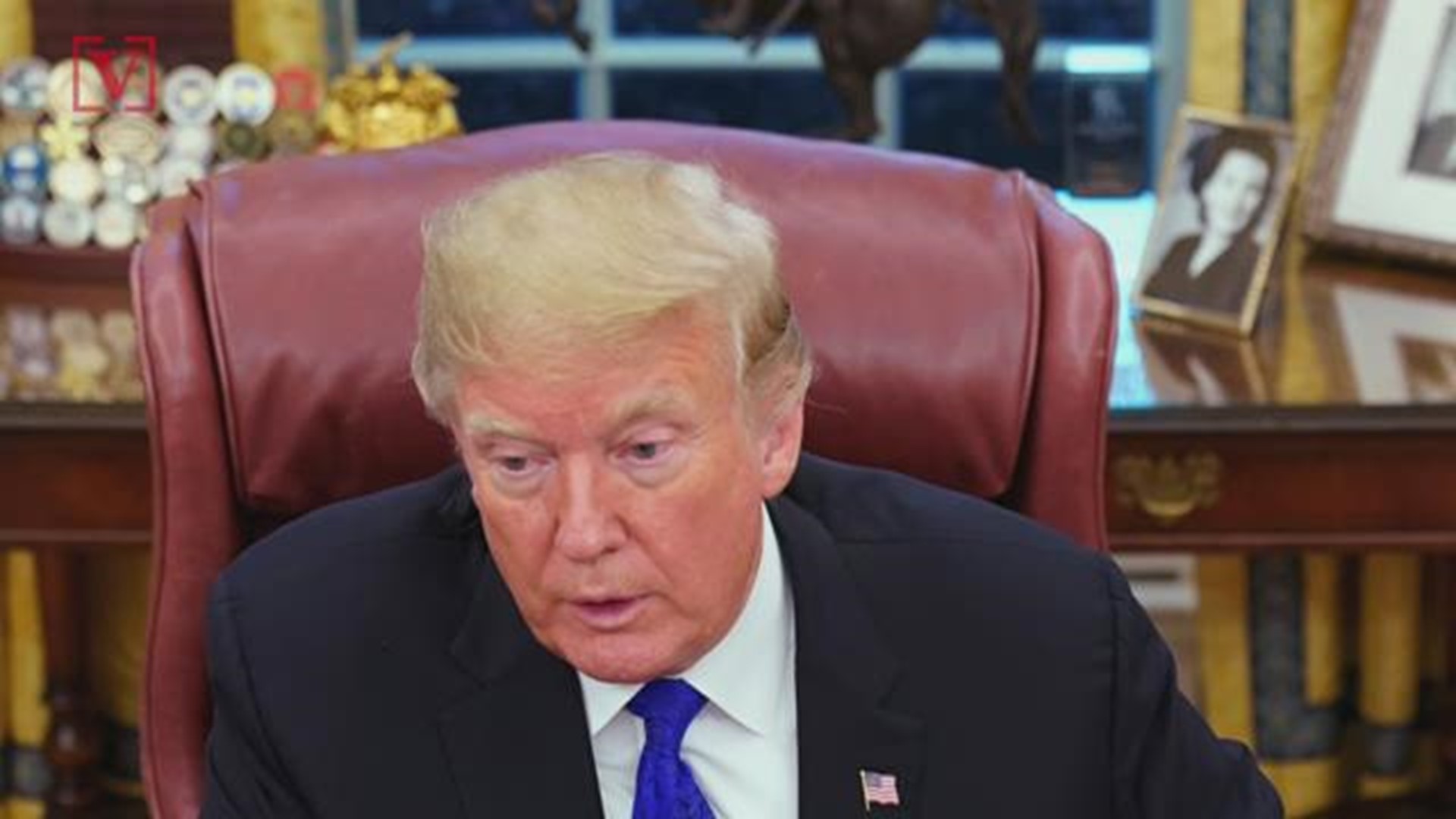 WASHINGTON — Attorney General William Barr said Tuesday that he expects to release a redacted version of the special counsel's Trump-Russia investigation report "within a week" as he defended his handling of the document.

Barr told members of Congress at his first public appearance since receiving special counsel Robert Mueller's report that his earlier projection of releasing a version by mid-April still stood. The nearly 400-page report is being scoured now to remove grand jury information and details relating to pending investigations.

The redactions will be color-coded and accompanied by notes explaining the decision to withhold information, he said.

Democrats scolded Barr over his handling of the report, telling him they were concerned that a summary of its main conclusions he released last month portrayed the investigation's findings in an overly favorable way for President Donald Trump.

Rep. Nita Lowey, the Democratic chairwoman of the House Appropriations Committee, said she was taken aback that Barr had reduced Mueller's report to a four-page letter in just two days. That letter said that Mueller did not find a criminal conspiracy between Russia and Trump associates, and that Barr did not believe the evidence in the report was sufficient to prove the president had obstructed justice.

"Even for someone who has done this job before, I would argue it's more suspicious than impressive," Lowey said.

Explaining the rapid turnaround for his letter, Barr said, "The thinking of the special counsel was not a mystery to the Department of Justice prior to the submission of the report."

Barr was summoned to Congress to talk about his department's budget request, but lawmakers still asked about the Mueller report as they waited to see it. Barr's opening remarks focused on funding requests for immigration enforcement and the fights against violent crime and opioid addiction, not mentioning the special counsel's report at all.

Barr would not discuss the substance of Mueller's findings but did explain his process for receiving and reviewing the report. He said he had offered Mueller the chance to review his four-page letter, but that Mueller declined. Asked about reports that members of Mueller's team were unhappy with his handling of the report, Barr said he suspected any discontent may have reflected their desire to put out more information.

"I felt I should state bottom-line conclusions, and I tried to use special counsel Mueller's own language in doing that," he said.

Barr also said that he could be open to releasing some redacted details after consulting with congressional leaders, though he said he did not have plans to ask a court for permission to disclose secret grand jury testimony.

Mueller sent his final report to Barr on March 22, ending his almost two-year investigation into possible ties between Trump's 2016 presidential campaign and Russia. Barr released a four-page letter summarizing the report two days later and said he would release a redacted version of the full report by mid-April, "if not sooner."

The new attorney general's budget testimony — traditionally a dry affair, and often addressing the parochial concerns of lawmakers — came as Democrats were enraged that he was redacting material from the report and frustrated that his summary framed a narrative about Trump before they were able to see the full version.

The Democrats are demanding that they see the full report and all its underlying evidence, though Trump and his Republican allies are pushing back.

The chairman of the Ways and Means subcommittee, Democratic Rep. Jose Serrano of New York, told Barr there were "serious concerns about the process by which you formulated your letter; and uncertainty about when we can expect to see the full report."

Barr said in the summary released last month that Mueller didn't find a criminal conspiracy between the campaign and the Kremlin. He also said that Mueller did not reach a conclusion on whether the president obstructed justice, instead presenting evidence on both sides of the question. Barr said he and Deputy Attorney General Rod Rosenstein decided that the evidence was insufficient to establish obstruction.

Facing the intensifying concerns from Democrats that he may have whitewashed Mueller's findings, Barr has twice moved to defend, or at least explain, his handling of the process since receiving the special counsel's report. He has said that he did not intend for his four-page summary of Mueller's main conclusions to be an "exhaustive recounting" of his work and that he could not immediately release the entire report because it included grand jury material and other sensitive information that needed to be redacted.

He is likely to be asked to further explain himself at a Senate Appropriations subcommittee hearing Wednesday that is also on the budget.

Barr is to testify on the report itself at separate hearings before the Senate and House Judiciary committees on May 1 and May 2. Rep. Jerrold Nadler, a New York Democrat and chairman of the House Judiciary panel, confirmed the May 2 date on Twitter and said he would like Mueller to testify.

Senate Judiciary Committee Chairman Lindsey Graham, R-S.C., has said he would be satisfied hearing only from Barr and not Mueller.