Party in a pandemic: NASCAR fans power through at Daytona

The Daytona 500 is expected to be the largest-attended single sporting event in the country since the coronavirus shut down much of the sports world 11 months ago. 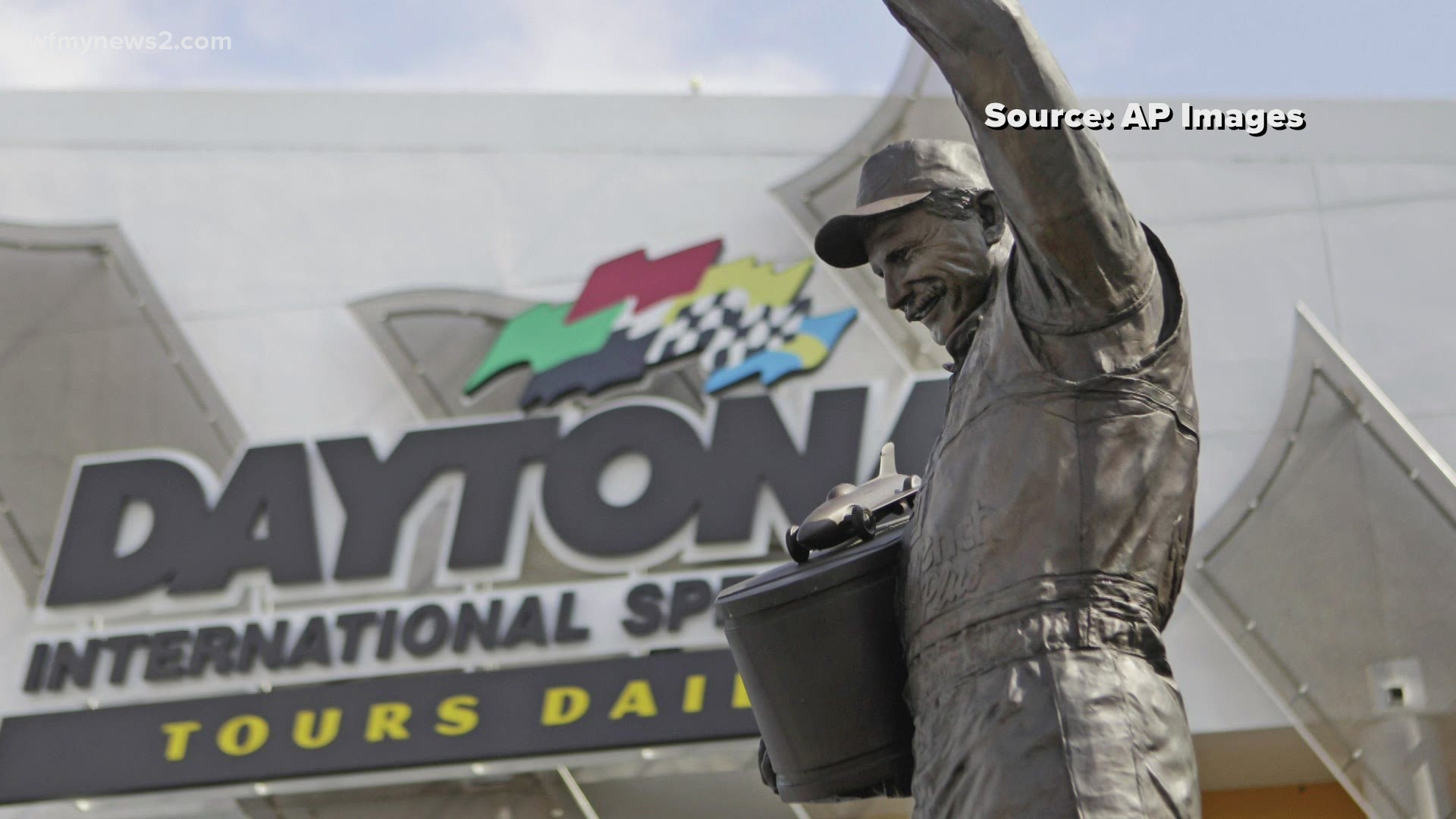 Sam Maxwell and his band of Cleveland bros packed up their 1997 Four Winds motorhome with 105,000 miles on it, headed south in the thick of the pandemic and pinned their hopes on a party.

Traveling on a budget, the friends like to hit a premier sporting event each year, and this week — thanks only to interest spiked by playing FanDuel — parked in the infield grass at Daytona International Speedway. They came to soak in the Daytona 500 atmosphere, or whatever they found among the campers killing time with games of cornhole and flip cup.

The diehard Browns fans brought the party to them. They hit a thrift store, plunking down $25 for a ratty sofa — perfect to absorb spilled PBR — and even plucked a keyboard out of a dumpster.

They blew up red balloons and tied them to a sign: “Moms Drink 4 Free!!!” Their plan to liven up the bash was overheard by a neighbor, who pressed her face against a window screen and asked if there was an age limit for the moms.

At Daytona, in both speed and celebrations, there are no limits.

So one of the gang waved her down and busted out the Fireball.

In the middle of a pandemic that has killed more than 480,000 people in the U.S., the carousing was more casual than crazy this week at Daytona as race day approached. The roughly 30,000 fans inside the sprawling facility that usually packs more than 100,000 are expected to make Sunday's Daytona 500 the largest-attended single sporting event in the nation since the coronavirus shut down much of the sports world 11 months ago.

Mask wearing? Not so much, and there’s more space between stock cars pack racing on the superspeedway than there is between most campers.

“I’m not really too concerned about it,” Maxwell said.

The track made all the usual window-dressing moves to prove safety is a priority, with temperature checks, distanced seating, cashless concessions and adherence to CDC guidelines. Speedweeks, the runup to the big race, is actually sponsored by a health care system headquartered in Florida and COVID-19 testing information sits above a link to official travel packages on the track’s website.

Credit: AP
Motor homes are shown in the infield at the Daytona International Speedway before a truck race Friday, Feb. 12, 2021, in Daytona Beach, Fla.

Yet in a week where Victoria's state government imposed a five-day lockdown — stripping the Australian Open of fans while play continues — Florida is going for two: The Super Bowl hosted 25,000 fans last week in Tampa, about 150 miles southwest of Daytona, and viral videos showed throngs of mostly mask-less fans and packed sports bars as the hometown Buccaneers won it all.

NASCAR went down this road last season when Bristol had about 22,000 fans for its All-Star race last July. Daytona is bigger, even with social distancing in place for the grandstands, a mandatory mask order and no access to garages or pit row. Asked for comment, the Florida Department of Health in Volusia County said “event planners implemented several strategies to maintain healthy environments" and noted access to the infield was “limited to camping customers and essential staff.”

Those campers are having a ball. Even if Tent City — famous for its raucous parties — has been reimagined as a “Turn 3 drive-in” setup for the RV crowd.

Mark Minadeo of Boca Raton was attending his ninth Daytona 500 and bought a motorhome for Speedweeks.

“This is ridiculous,” he said of the view. “It’s completely empty. A lot of people don’t know what’s going on. As you’re walking around as you ask people who work at the track, they’re like, ‘Yeah, you can go over there and watch the race.’”

Some traditions are in start-and-park mode.

Revelers, park your wheelbarrows. The booze-fueled races — some might say, the real races at Daytona — are an informal tradition of dumping your buddy in the belly of the barrow then sprinting, stumbling to the finish.

Dave Rotax of Bristol, Vermont, drilled a hole in his No. 9 Chase Elliott wheelbarrow tire and filled it with expanding foam — consider it a sort of steroid for wheels — and had it on standby for ambitious racers.

There was one bird chirping all day in a tree inside the fan zone that served as the soundtrack for the day more than the Q-&-A sessions with drivers that often entertained the masses. The mood is in stark contrast to last year when NASCAR fans were revved for then-President Donald Trump’s visit. Trump banners dotted the infield and the makeshift bars that lined the roads served drinks like the “Subpoena Colada.”

Trump flags swayed here and there this week, and there was at least one notably profane one directed at President Joe Biden, but politics was greatly tamped down. The fan support was mostly reserved for cutouts of greats like Dale Earnhardt or paint schemes for champion Chase Elliott.

But perhaps that little patch of Cleveland was a sign of what’s ahead. They are 20- and 30-somethings who got hooked on NASCAR through daily fantasy sports. The majority had never been to a NASCAR race. But a hole on Brandon McCoy’s jorts revealed a deeper level of fandom: He had the NASCAR logo and “Turn Left” tattooed on his right leg.

He got the fresh ink just week.

“I knew I was coming,” he said, laughing.

Credit: AP
A race fan with a NASCAR tattoo is shown in the infield at the Daytona International Speedway before a truck race Friday, Feb. 12, 2021, in Daytona Beach, Fla.