River Wilson, born as a micro-preemie, was shorter than the average-sized Barbie doll. 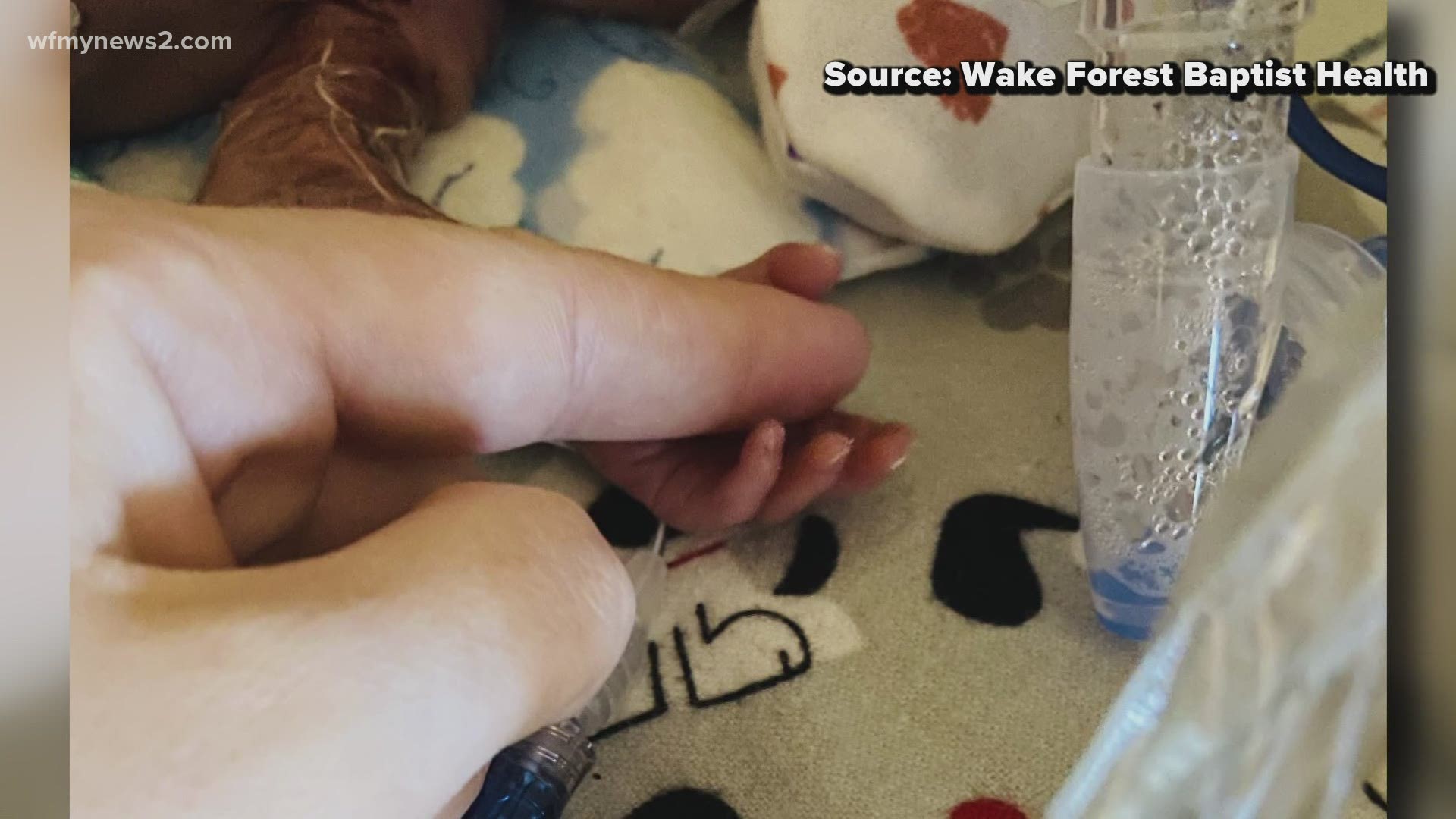 River Wilson was born on Nov. 15, 2020, at Wake Forest Baptist Medical Center. He was shorter than the average-sized Barbie doll. He spent 169 days in the NICU.

River’s parents, Jessica and Hayden Wilson of Greensboro are glad to have their baby boy home with them. He has two older sisters, Ridgely, 8, and Murphy, 2.

Jessica Wilson went into labor early at 19 weeks due to preterm premature rupture of membranes (PPROM). She was admitted to the Birth Center where her labor was delayed for six more weeks.

PROM occurs when the sac (amniotic membrane) surrounding the baby breaks before week 37 of pregnancy.

“For 169 days, I stared out the NICU window and wondered when this day would actually happen,” Jessica Wilson said.

River who was born as a micro-preemie now weighs 9 pounds, 4 ounces and is six months old.

1 / 11
Wake Forest Baptist Health
River Wilson weighed just 1 pound, 11 ounces after he was born at 25 weeks. After 169 days in the NICU, he gets to go home just in time for Mother's Day.

The hospital staff was proud to send him home Monday just in time for Mother’s Day this upcoming Sunday.

“This day has always felt so far away, but it’s here now and it’s the ultimate Mother’s Day gift. I remember when he was still in his incubator I would tell him we’d see his discharge day, no matter what. The bonds that I have made with the staff here are just unbreakable. They took care of and saved my son and now because of them, his next chapter is starting,” Jessica Wilson said.

His sisters also got to meet River for the first time and are deeply in love with their new baby brother.