AP Analysis: Manning Bros. talk as big a game as they played

Fans across the country were thoroughly entertained by the Manning brothers in their “Monday Night Football” debut broadcast on ESPN2 and streamed on ESPN+. 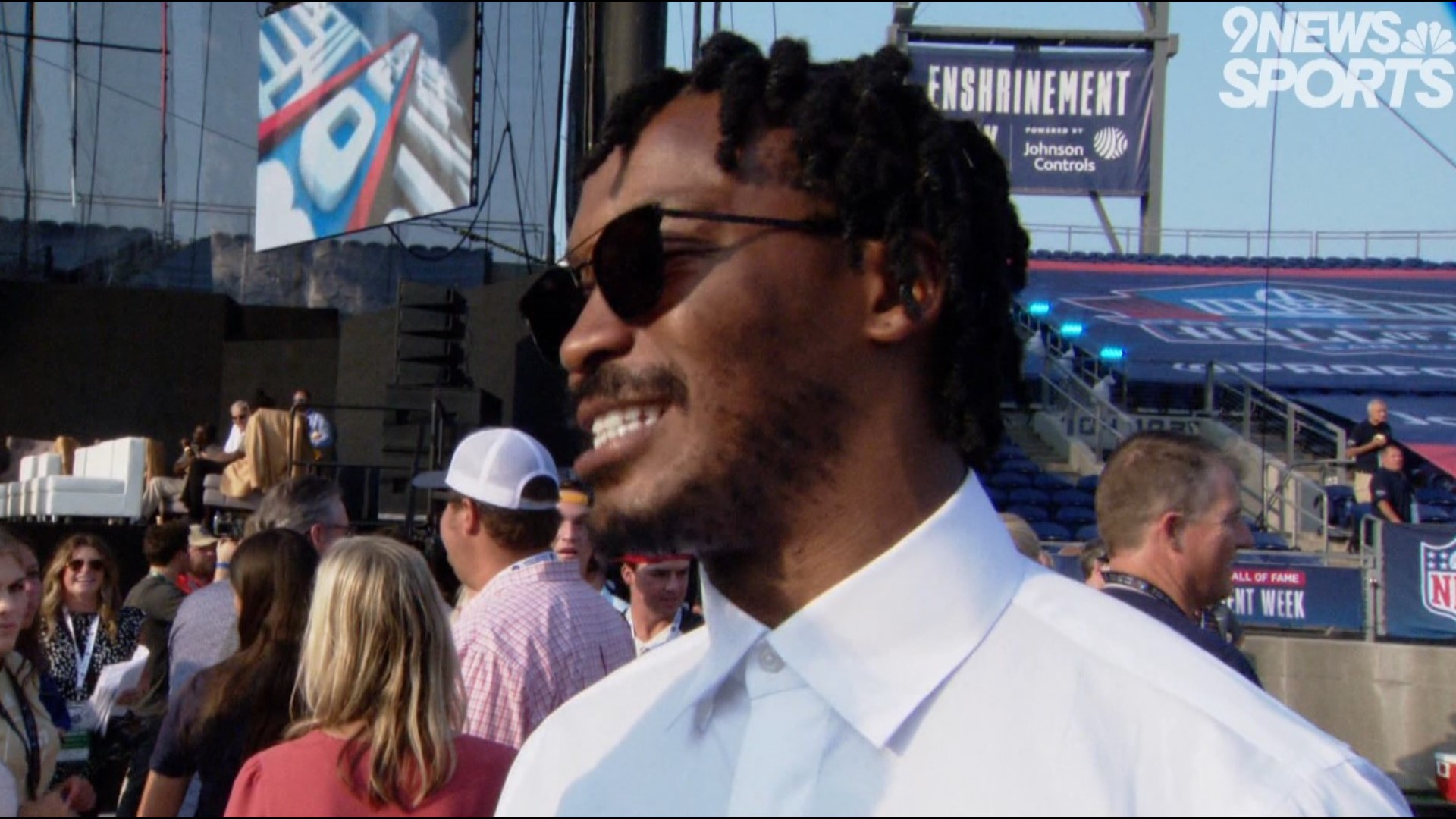 NEW YORK — “They're all going to be like this,” Peyton Manning exclaimed after the thrilling climax to the NFL's wildest of opening weekends.

And not just for America's first family of football, but for fans across the country who were thoroughly entertained by the Manning brothers in their “Monday Night Football” debut broadcast on ESPN2 and streamed on ESPN+.

They not only gave audiences a Master's course in both offense and defense straight from the masterminds of professional football, but the Brothers Manning also provided riveting running commentary and plenty of their patented dry humor throughout the rip-roaring Week 1 finale.

The rave reviews for the former NFL QBs came in long before the Raiders overcame a premature bench-clearing celebration and a series of blunders to stagger away 33-27 winners in overtime against the Ravens.

“It doesn’t seem very smart of ESPN to put Peyton and Eli on ESPN2,” tweeted Ben McKee, who covers Peyton's alma mater, the University of Tennessee. "Not because it’s not a great idea, but because surely nobody is watching the main broadcast.

“This is amazing television.”

They couldn't have asked for a better game to make their dandy debut.

The Raiders trailed 14-0 early on — the Ravens had won 98 consecutive games when leading by that much — and Las Vegas scored 17 points in the final nine minutes of regulation, including a field goal after getting the ball with no timeouts and 37 seconds remaining.

The Raiders nearly let the win slip from their grasp, however. After what they thought was a game-winning touchdown was overruled on replay, they got the ball just shy of the end zone but couldn't punch it in.

The Mannings and their special guest Russell Wilson were incredulous at Derek Carr’s inexcusable hard count from inside the 1-yard line that fooled his rookie right tackle Alex Leatherwood and pushed them back 5 yards.

Just when the crowd had accepted that the Raiders would have to kick a field goal and give the ball back to the Ravens, Carr’s pass sailed through Willie Snead IV’s fingertips, ricocheted off safety Deshon Elliot’s helmet and settled into the arms of Ravens cornerback Anthony Averett in the end zone.

Then, Lamar Jackson fumbled at his own 27 — Peyton lauded Raiders defensive coordinator Gus Bradley's call that confused Baltimore's offense on the play — and the Raiders had a golden opportunity to atone for all their mistakes.

After one offensive play, Jon Gruden decided to go for the field goal then and there. But his kicking team wasn't ready to run onto the field and they had to take a 5-yard delay of game penalty.

Gruden trotted his offense back onto the field and Zay Jones got free to easily haul in Carr's 31-yard game-winner 6:22 into the extra period.

Just as entertaining was the running commentary from the Mannings.

Peyton, who never liked to hear a peep from the home crowd when his team had the ball, took Raiders fans to task several times for making too much noise when Carr was barking out play calls.

“Drink your beer, quiet down. Let Carr play quarterback,” he admonished the crowd at Allegiant Stadium.

Another time, Peyton, in his armchair, waived his arms as if to quiet the crowd himself.

Archie’s boys also brought some brotherly jabs, like when Peyton was in the middle of demonstrating a point he wanted to make and finally just wrestled off the Ravens helmet he'd put on.

“That's shocking that a helmet doesn't fit you,” Eli retorted.

“They didn’t have a XXL helmet for that forehead?"

Opening weekend featured plenty of curious calls, like Cowboys coach Mike McCarthy's decision to let Greg Zuerlein attempt a 60-yarder at Tampa after he'd missed badly on a short field goal and an extra point in his return from back troubles.

In Kansas City, Chiefs assistant coach Greg Lewis was allowed to stay on the sideline after a skirmish with Ronnie Harrison Jr. that resulted in the Cleveland safety's ejection.

Harrison was kicked out of Cleveland’s loss in the first quarter after he forcefully pushed Lewis, who shoved the Browns safety after coming over to help Chiefs running back Clyde Edwards-Helaire.

Browns center JC Tretter, president of the NFL Players Association, said he doesn't condone Harrison's behavior, but said Lewis needs to be held accountable by the league for his actions. An NFL spokesman said the incident is under review.

Broncos coach Vic Fangio said tight end Albert Okwuegbunam’s turnover inside the Giants’ 5-yard line was a phantom fumble because safety Logan Ryan’s right knee appeared out of bounds by the time he corralled the loose ball and that the officials on the field told him the call would be reversed.

“They first told me it’s going to be our ball and they were just figuring out where to place it and the timing element of it,” Fangio said of referee Ronald Torbert's crew. "And then he came back and said, ’You’re not going to like this: The head guy in New York came in and said, ‘Let it stand.’”

Fangio said he didn’t get an explanation as to why NFL senior VP of officiating Walt Anderson overruled his replay official, who was about to reverse the call on the field.

A league spokesman told The Associated Press on Monday, “The determination was made that there was no clear and obvious video evidence to warrant a change, so the on-field ruling remained.”

All of these more serious matters took a back seat to the Mannings' magnificent performance Monday night.

Next week they'll chime in on the Lions-Packers broadcast.