Jussie Smollett back in court for hearing about his lawyer

The hearing will determine whether one of his lawyers should still be allowed to represent him. 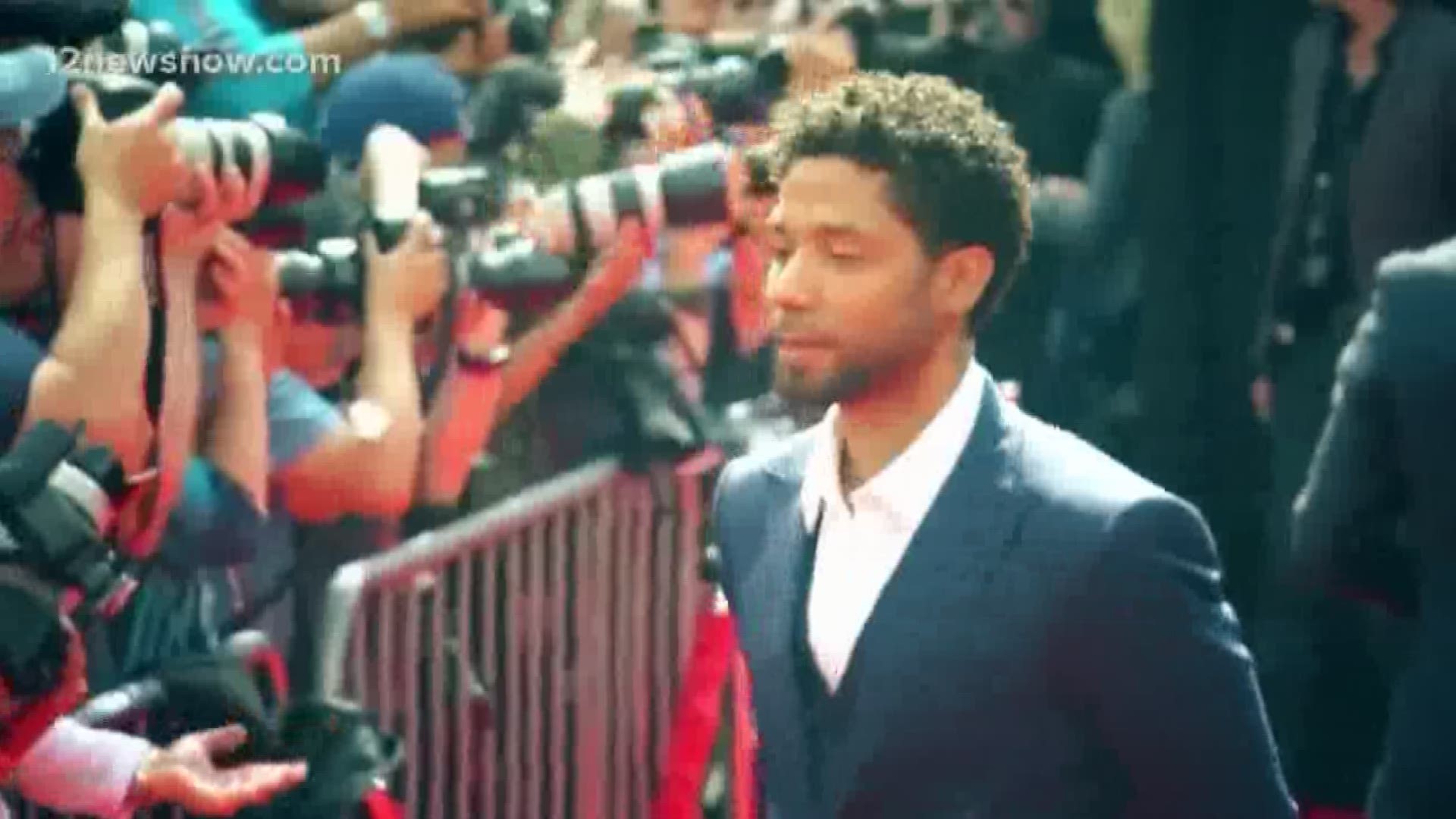 CHICAGO — Editor's Note: The video above is from April 2019.

Jussie Smollett returned to court Wednesday for the first time in a year for a hearing to determine whether one of the actor's attorneys should be allowed to keep representing him in his case against accusations that he staged a racist and homophobic attack against himself.

The hearing had nothing to with the charges against Smollett, who is accused of lying to police when he reported that two masked men attacked him in downtown Chicago in January 2019. But because the media and the public were not allowed to attend the hearing that began in the morning and lasted well into the afternoon, it was not clear exactly what was being said in the courtroom.

When Cook County Judge James Linn ordered the hearing, he said it centered on the question of whether Nenye Uche had a conflict of interest after two key witnesses in the case said they spoke to him. The witnesses in question are brothers who prosecutors said Smollett hired and paid to carry out what Smollett maintains was an attack.

After Uche joined Smollett's legal team, Abimbola and Olabinjo Osundairo alleged that Uche had spoken with the previously representing them and talked to them about the case. That could result in the judge determining the attorney has a conflict of interest that would require him to bar him from representing Smollett. Uche has has denied talking to the brothers.

The hearing marks the latest twist in a case that has been full of them since Smollett — a Black, gay man who starred in the television show “Empire” — told police that he was walking down the street in the middle of the night when two men attacked him, doused him with liquid and looped a makeshift noose around his neck before running off.

What started as a search for Smollett’s attackers turned into allegations by police that Smollett staged the whole thing to further his career.

Smollett has maintained his innocence and has pleaded not guilty. But the allegations cost him his role on “Empire,” made him the source of ridicule from everyone from basketball analyst Charles Barkley to comedian Dave Chappelle. And his contention that his attackers told him he was in “MAGA country,” a reference to President Donald Trump’s campaign slogan, “Make America Great Again,” helped turn the incident into a national and international sensation.

Smollett has had court hearings throughout 2020 and 2021, but they have not been held in person due to the COVID-19 pandemic.