Impossible Burger is coming to stores

The popular plant based meat alternative sold in restaurants is expanding into retail. 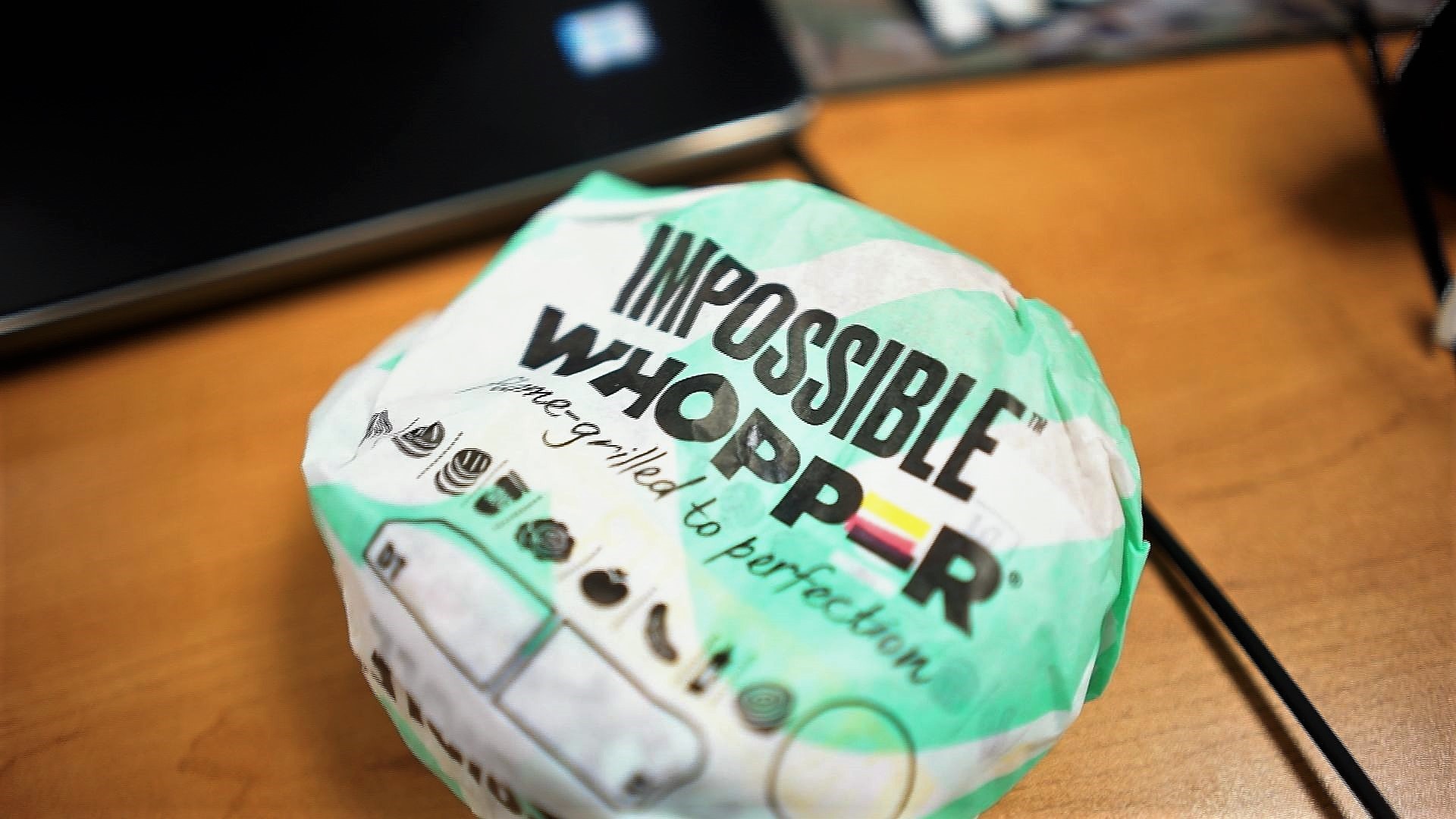 WASHINGTON — The plant-based Impossible Burger is making its move from fast food to the grocery store.

Impossible foods announced ground beef Impossible Burgers went on sale Friday at all 27 Gelson's grocery stores in Southern California. Folks on the East Coast of the U.S. should start to see the brand on shelves later this month the company says. Those retailers have not been announced.

The plant-based meat alternative gained national attention when it made its debut in Burger King restaurants this year as the "Impossible Whopper." The Impossible Burger is now on the menus of 17,000 restaurants, Impossible Foods says.

Impossible Foods says it will continue to spread its retail presence to grocery stores in key regions going into 2020.

People are already going out and buying Impossible Burger from stores and reviewing their homemade burgers.

RELATED: That Plant Based Burger Isn't Any Healthier Than The Real Thing

The Impossible Burger has received some criticism since it came to market. Some of the ingredients are ultra-processed and include things like soy concentrates, isolates, oils and flavorings, according to Consumer Reports. The amount of saturated fat in both beef burgers and Impossible Burgers is about the same but the Impossible Burger tends to have much more sodium than regular beef versions.