Herd of calves stroll Indiana highway after escaping a farm

Eventually, all the cows are accounted for, and no injuries were reported to the human onlookers or the cattle. 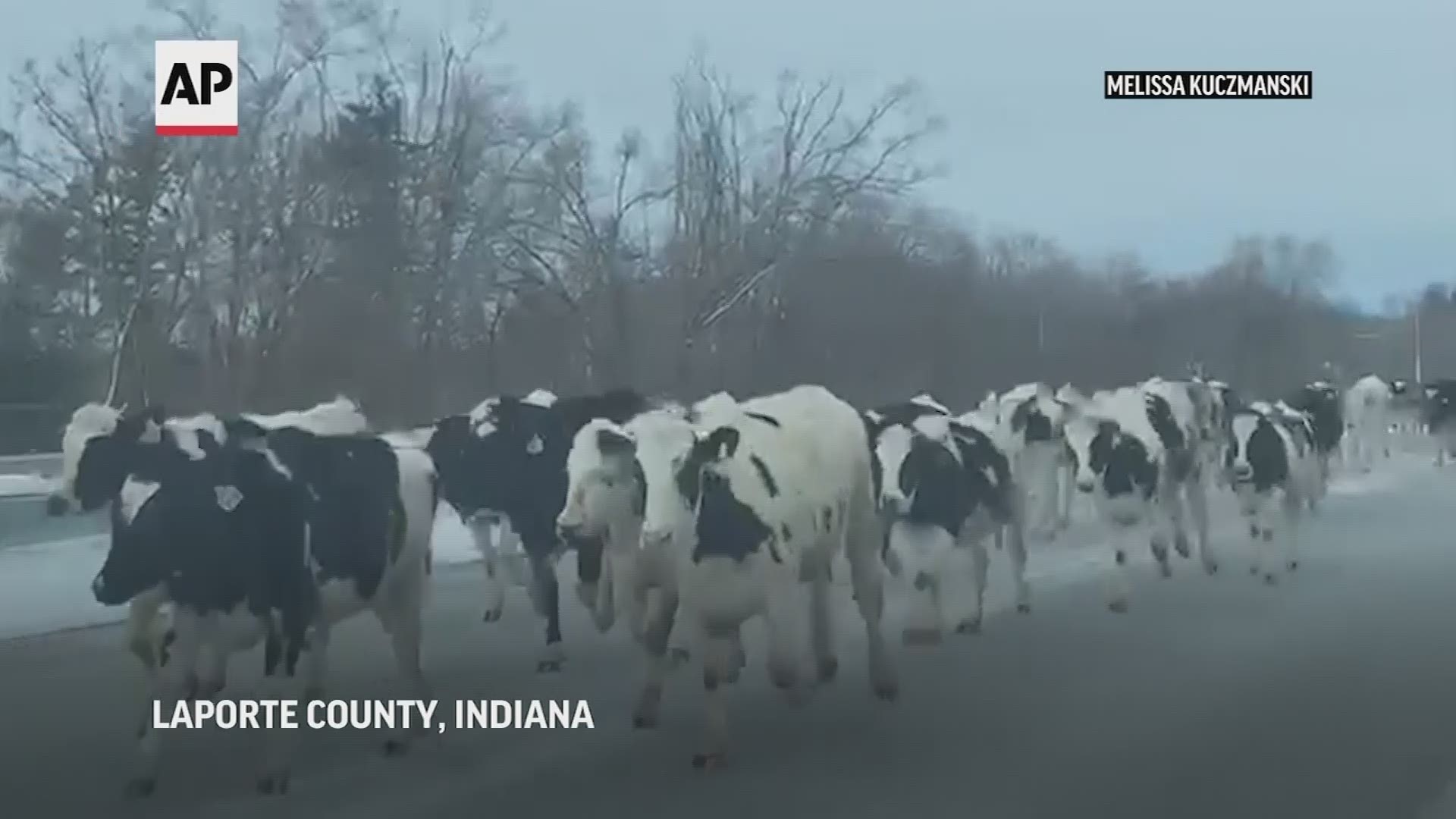 LAPORTE, Ind. — A herd of about 75 Holstein calves barreled down an Indiana highway after escaping a nearby farm.

Capt. Derek Allen, an off-duty officer who happened to be nearby in his department police car, quickly made a U-turn Saturday when he witnessed the cows running by in LaPorte County.

“It’s really important to note, these cows weren’t just walking, they were at a full gallop, if you will,” Allen told the South Bend Tribune.

He quickly got in front of the herd and drove ahead with his police lights flashing in order to warn oncoming traffic.

Allen, along with LaPorte County Det. Jim Fish, as well as a number of volunteer firefighters and other onlookers, began corralling the calves as they moved south.

“I've been involved in many unique situations previously, but not something with this many animals on the roadway,” Allen said.

RELATED: Tiny chameleon a contender for title of smallest reptile

While few cows were rounded up near a fenced area between CR 600 and CR 700 South, the majority of the herd continued to move onto Range Road — a few miles north of Kingsford Heights.

Eventually, all the cows are accounted for, Allen said, and no injuries were reported to the human onlookers or the cattle.

Police declined to identify the farmer whose cows had escaped.

Allen credited the lack of injuries to county police’s car take-home program, which allowed him and Fish to direct traffic quickly and effectively.

“This take-home-car program is very beneficial to serving the citizens of the county, and in this specific instance, it worked out very well because I was traveling to this event in my issued vehicle and I happened to be in the right place at the right time,” Allen said.

Credit: Video: MELISSA KUCZMANKSI
A herd of cows escaped their home and started running down a busy LaPorte County, Indiana highway Saturday. The photo is from a screengrab of video from Melissa Kuczmanski.