A UCLA senior's gymnastics routine is going viral, earning millions of views and praise from stars like Simone Biles. 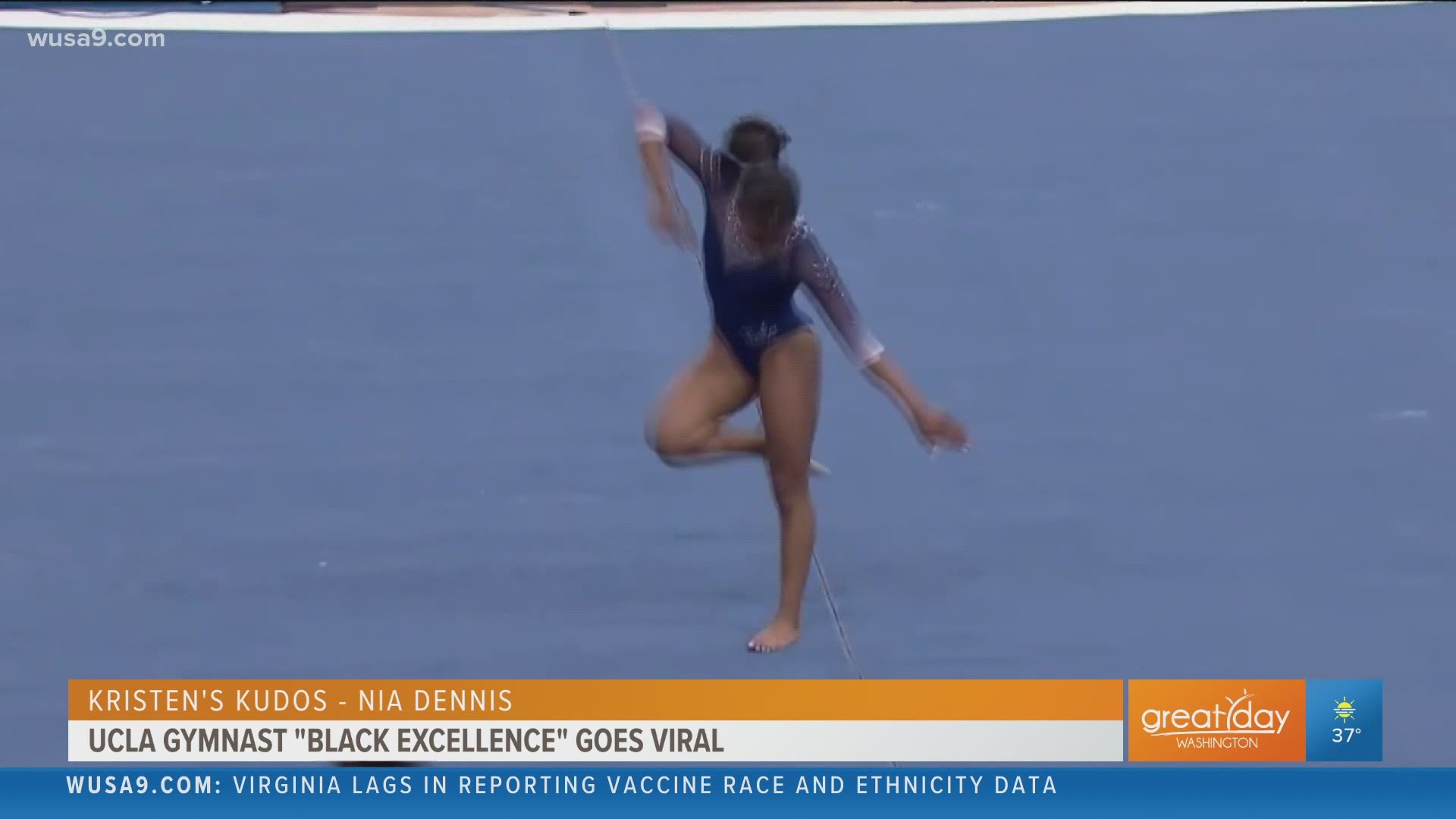 UCLA senior Nia Dennis showed astonishing skill during a floor routine on Saturday, gaining the gymnast a near perfect score and creating a new viral star in the world of gymnastics.

Dennis' "Black Excellence" routine at the Bruins' meet earned her a near perfect 9.95 out of 10. The display was an homage to her father Casey who "stepped" in college, USA Today reported. Step dancing or "soul stepping," is a form of competitive dance developed by African American fraternities and sororities, according to the State Library of North Carolina.

As of Tuesday afternoon, the video had more than 7.4 million views on Twitter.

Dennis told the Los Angeles Daily News, "this routine definitely reflects everything that I am today as a woman and of course I had to incorporate a lot of parts of my culture."

The gymnastics star added, "I wanted to have a dance party because that's my personality and of course I had to shout out LA because we out here, UCLA."

“Her poise out there was incredible," Coach Chris Waller said, "She went to bars and had an unexpected fall, but then again, her poise to just come back in the next event like nothing happened."

This is what #blackexcellence looks like. @DennisNia does it again! 🔥

Just as the impressive routine finished, buzz from some big names came flying in on social media.

The most-decorated American gymnast of all time, Simone Biles, tweeted "Do the damn thing girl," going on to write, "This was so fun to watch! Keep killing it!"

Dennis has wowed crowds before with her routines. Last year she garnered praise for her Beyoncé-inspired floor routine earning a near-perfect score for that display as well.

RELATED: Simone Biles keeps teasing a move no female gymnast has ever done in competition