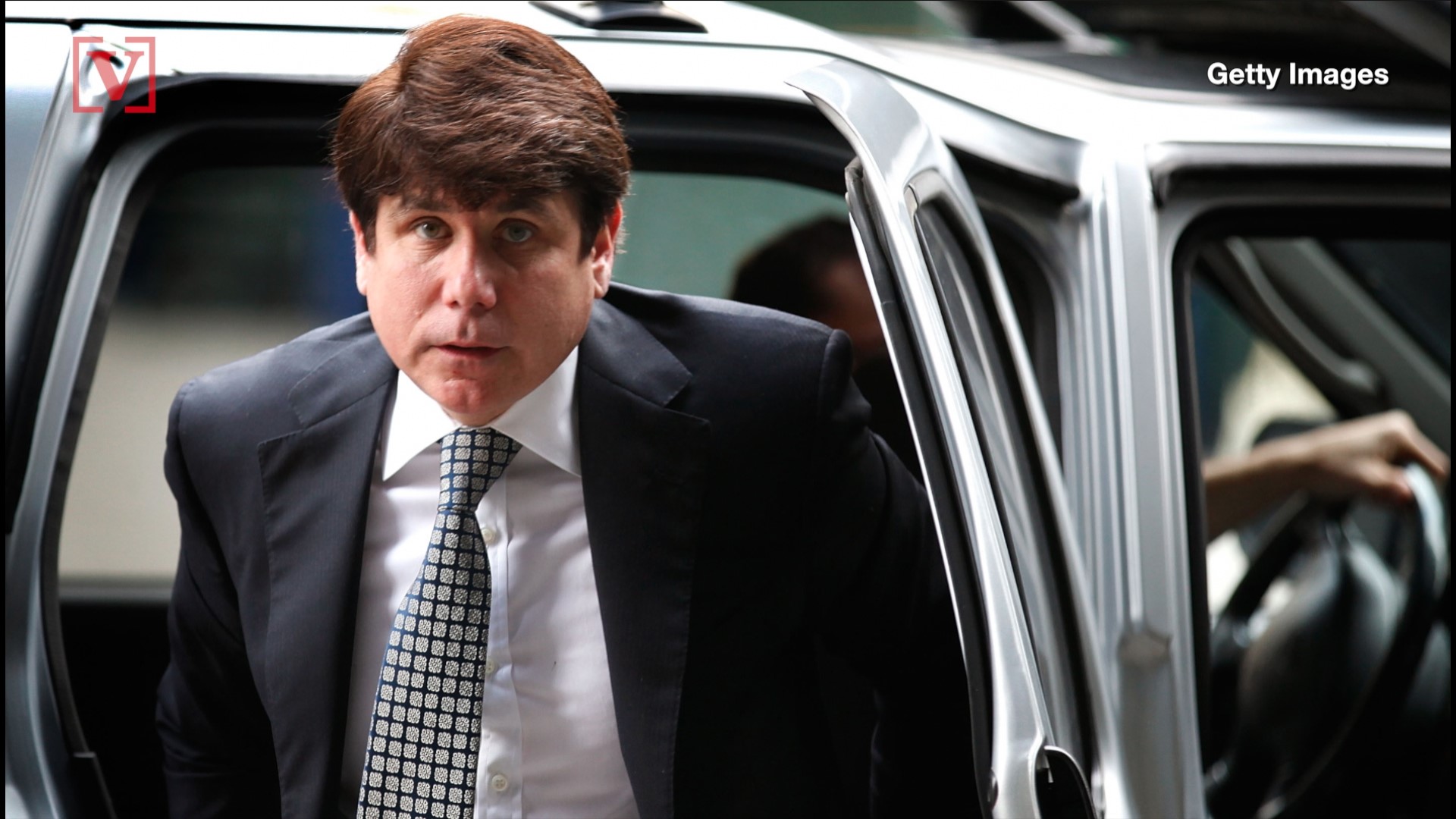 WASHINGTON — Former Illinois Gov. Rod Blagojevich is out of prison hours after his sentence for political corruption was commuted by President Donald Trump.

The former governor was filmed by local television station WGN as he rode a train at the Denver airport Tuesday.

Reporters and onlookers were on hand Tuesday as the now silver-haired Blagojevich left the gates of the Federal Corrections Institution Englewood south of Denver. Blagojevich served more than eight years of a 14-year sentence for crimes that included seeking to sell an appointment to Barack Obama’s former Senate seat and trying to shake down a children’s hospital.

The president said the punishment imposed on the Democrat and one-time contestant on Trump's reality TV show "Celebrity Apprentice" was excessive.

The Bureau of Prisons said in a statement, "Rod Blagojevich has released from Federal Correctional Institution (FCI) Englewood in Colorado. He is no longer in the custody of the Federal Bureau of Prisons."

Trump suggested more than a year ago that he was considering a commutation for Blagojevich, who then filed paperwork requesting one.

The Republican president told reporters Wednesday night while returning to Washington that he thought Blagojevich, a Democrat, had been treated "unbelievably unfairly."

Trump says he's taking into consideration Blagojevich's wife and children and what was, in his view, mere braggadocio.

Blagojevich's wife, Patti, reacted by tweeting that Trump's comments about her husband, who has been in federal prison since 2012, leave her family hopeful that their "nightmare might soon be over."

Credit: AP
FILE - In this March 14, 2012, file photo, former Illinois Gov. Rod Blagojevich, with his wife Patti at his side, speaks to the media in Chicago before reporting to federal prison in Denver.