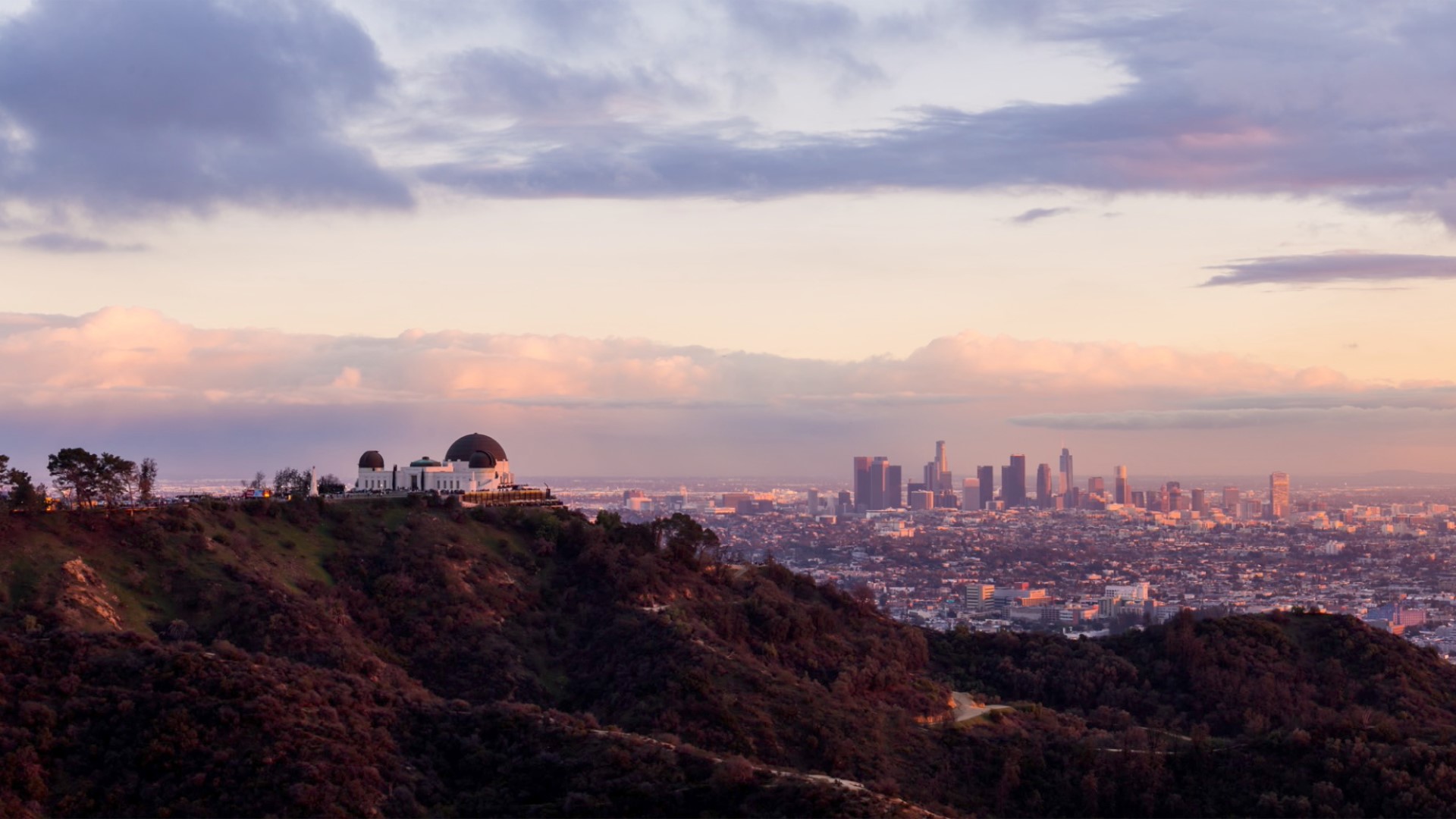 LOS ANGELES — An explosion Saturday at a hash oil manufacturer in downtown Los Angeles injured 11 firefighters who had gone inside and on the roof to try to knock down a fire and then had to run for their lives when a ball of flames shot out the building and scorched a fire truck across the street.

Los Angeles Fire Department Capt. Erik Scott said “one significant explosion" shook the neighborhood around 6:30 p.m. Firefighters inside had to run through a wall of flames he estimated as 30 feet high and wide, and those on the roof scrambled down a ladder that was engulfed in fire.

Scott said people at the scene described the explosion as sounding like a freight train or jet engine. Some of the fleeing firefighters were on fire and tore off their protective equipment and left it on the sidewalk, along with melted helmets, Scott said.

“The was one of the worst scenes I’ve seen,” he said.

All 11 firefighters suffered burns ranging from minor to serious. Three were listed as critical condition, and two of them were on ventilators. All were expected to survive.

“The good news is everybody’s going to make it," Mayor Eric Garcetti said at a news conference outside the Los Angeles County-University of Southern California Medical Center where all the injured were treated.

“Things could have been so much worse," said Los Angeles Fire Department Medical Director Dr. Marc Eckstein, who works at the hospital and helped treat the injured.

Firefighters were called to 327 East Boyd St. in the city’s Toy District for a report of a fire at a one-story commercial building. There was light to moderate smoke when firefighters entered the building and went on the roof, normal procedures to try to quickly knock down any flames.

Los Angeles Fire Chief Ralph Terrazas said one of the firefighters inside the building thought things didn't seem right — the pressure from the smoke and heat coming from the rear of the building were increasing. He directed everyone to get out, and as they quickly started exiting the building as it was rocked by the explosion.

Firefighters on the roof scrambled down ladders with their protective coats on fire. The wall of flames shot out the building and burned seats inside a fire truck across the street.

More than 200 firefighters rushed to the scene, and dozens of engines, trucks and rescue vehicles clogged the streets. The fire spread to several nearby buildings, but firefighters were able to douse it in about an hour.

Credit: AP
Firefighters and other first responders work the perimeter of an explosion in downtown Los Angeles that has injured multiple firefighters and caused a fire that spread to several buildings, Saturday, May 16, 2020, in Los Angeles. (AP Photo/Stefanie Dazio)

The injured firefighters were rushed to the hospital. Those who remained at the scene, unaware of the seriousness of their colleagues' injuries, were traumatized by what had transpired, Terrazas said.

“You can imagine the amount of emotional stress," he said.

Scott said the building was a warehouse for SmokeTokes, which he described as a maker of “butane honey oil." Butane is an odorless gas that easily ignites, and it's used in the process to extract the high-inducing chemical THC from cannabis to create a highly potent concentrate also known as hash oil. The oil is used in vape pens, edibles, waxes and other products.

On its website, SmokeTokes advertises a variety of products including “puff bars," pipes, “dab" tools, vaporizers, “torches and butane," and cartridges. The company says it is “an international distributor and wholesaler of smoking and vaping products, and related accessories." Founded in 2009, it offers “discounts to loyal customers, fast shipping, a huge catalog of products and customer service that is untouched."

The cause of the fire is under investigation.

The LA fire department had issued a “mayday” call and characterized the incident as a “major emergency.” It reported several buildings were on fire.

Firefighters were initially called to East Boyd Street around 6:30 p.m. The fire department tweeted about a half hour later that more than 230 firefighters were responding.

It said a medical branch has been created for treating and transporting injured firefighters.

Below is a map of the location where firefighters reported the explosion.