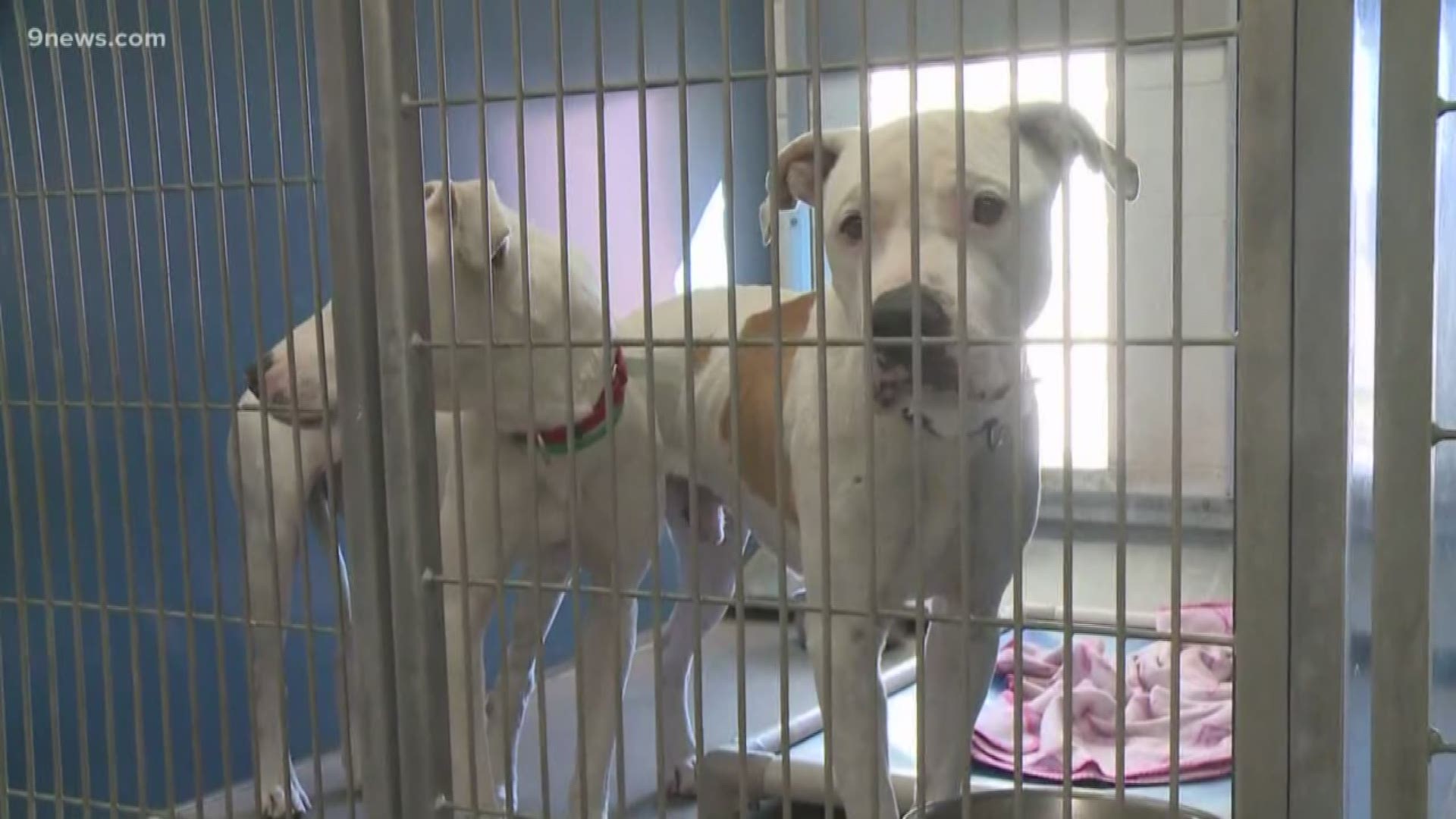 DENVER — Denver Mayor Michael Hancock has chosen to veto a bill that would have overturned the city’s three-decade-old pit bull ban.

This is the first veto Hancock has issued since he took office in 2011.

"After deep reflection and consideration, I find that I cannot, in good conscience, support this legislation and will exercise my authority as Mayor to veto it," Hancock wrote in a letter announcing his decision.

The proposal to overturn the pit bull ban was passed by Denver City Council Monday night by a 7-4 vote. Hancock had until Friday to make his final decision, and said he waited until 1:30 p.m. that afternoon to notify his staff.

The veto means that the bill goes back to the Denver City Council.

During this Tuesday's meeting, the council will need nine total votes to override the mayor's veto. Two councilors were absent during the vote earlier this week. One of them, Stacie Gilmore, said she opposes the ordinance, meaning there would be a maximum of eight votes.

Councilman Chris Herndon was responsible for first proposing the repeal on the pit bull ban, something Hancock's office knew about ahead of time.

“I’m disappointed the mayor is choosing to disregard the science on the issue of breed-specific legislation. Research tells us breed-specific legislation is ineffective at keeping communities safe and experts in the field – from the local level to the national level – agree it is no longer best practice," Herndon said in a statement provided to 9NEWS. "I hope my colleagues on Council will support an evidence-based approach to our animal ordinance, rather than one steeped in fear and stereotypes. The community has demonstrated significant support for this proposal and should it not pass on Tuesday, I look forward to working on a measure for the November ballot.”

In his letter and during an ensuing news conference, Hancock cited what he says was a low percentage of licensed pets as his justification for the veto. 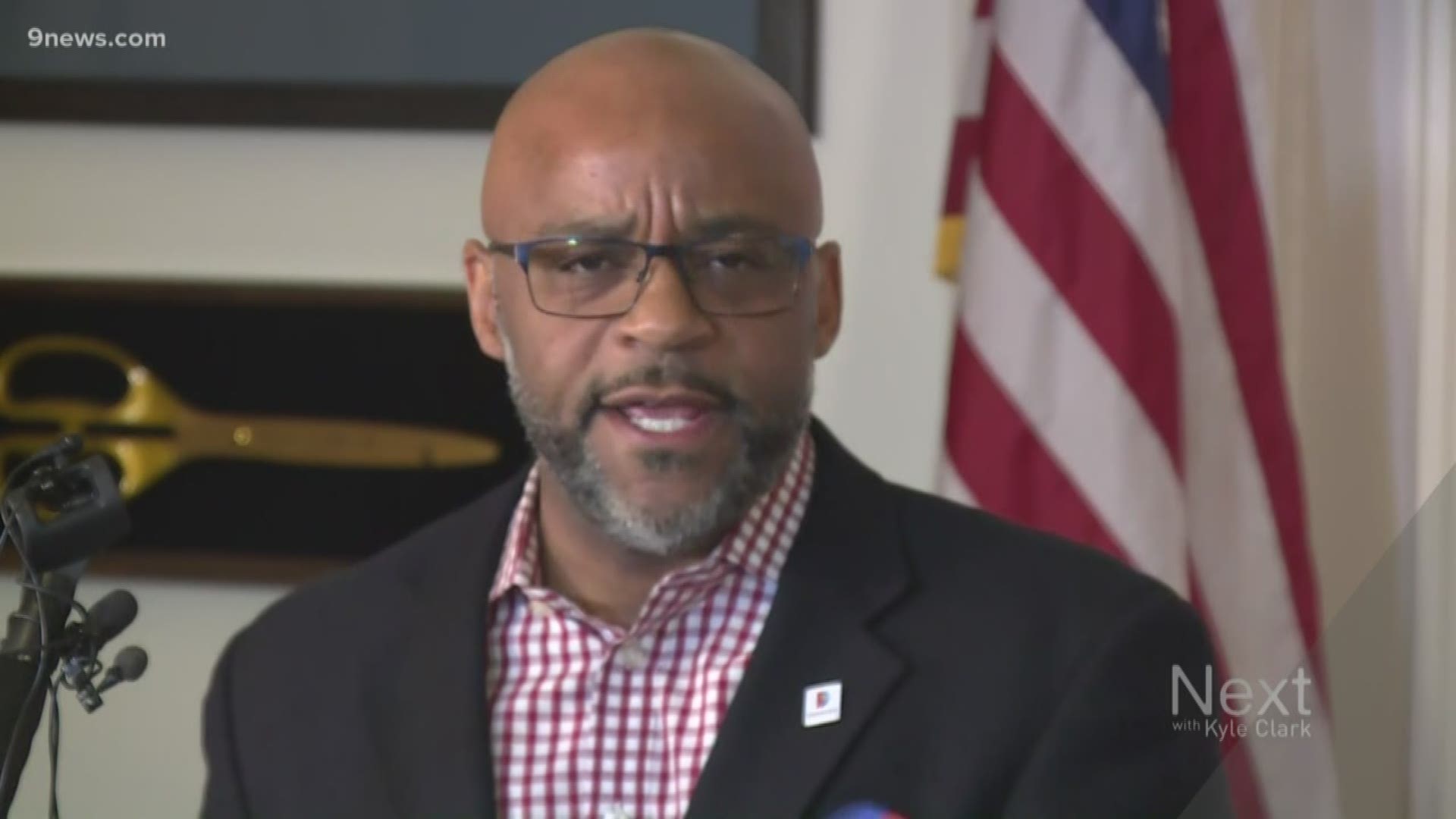 "Unfortunately, less than 20% of all pets in Denver are currently licensed, which raises significant questions about the effectiveness of the proposed new system," Hancock wrote. "While much progress has been made in recent years to increase that number, more intentional efforts around responsible pet ownership, dog licensure and registration, and off-leash dogs are needed before this proposal should be considered.

"The reality is that irresponsible pet owners continue to be a problem, and it is the irresponsible dog owners and their dogs I must consider in evaluating the overall impact of this ordinance."

In a video posted to Facebook on Friday, Hancock said his office has received more than 1,000 emails, hundreds of phone calls, and messages from people all over the country weighing in on Denver's breed restrictions.

Hancock said people who lived in Denver in 1980s-- before the ban -- have expressed the desire to keep it.

Denver banned three breeds under the umbrella term “pit bulls” in 1989 amid concerns that the dogs were disproportionally aggressive and violent.

"We saw an elderly lady get hurt, we saw a 2-year-old kid die," Hancock said.

Under now-vetoed ordinance people would have been allowed to register their dogs with specific identifying information about the dog, its home address and owners. Owners would have been required to notify Denver Animal Protection within eight hours if a pit bull escapes or is involved in a biting incident. Owners would also have to tell the city if they move or the dog dies.

RELATED: The Denver City Council voted to allow pit bulls, but the mayor hasn't decided whether he'll sign it into law

The rule would have allowed a maximum of two pit bulls per household, and animal control workers could inspect a pit bull owner’s home for safety.

Animal Protection would have been responsible for reviewing data and reporting findings to Denver City Council.

The Denver Department of Public Health and Environment (DDPHE) said there have been 253 pit bull bites since 2010. The total number of dog bites during that time was 5,721, meaning pit bull bites total about 4.4%

City and County Animal Protection department recorded one fatality from a dog since 2010. That involved a German Shepard.

SUGGESTED VIDEOS | Full Episodes of Next with Kyle Clark