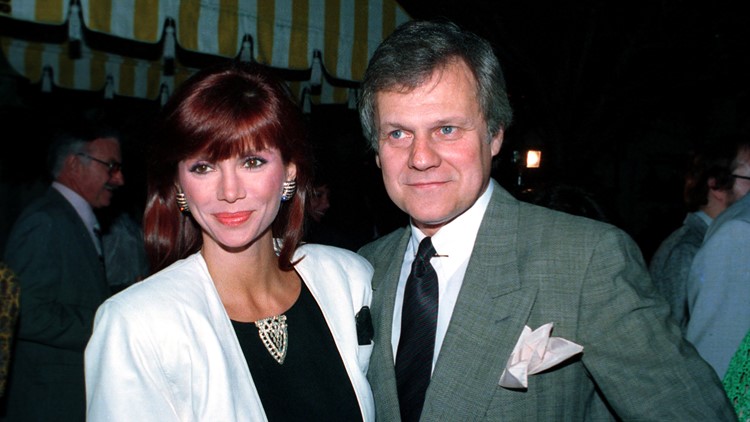 Photo by: ASSOCIATED PRESS
Actress Victoria Principal and actor Ken Kercheval, co-stars of the popular TV-show "Dallas," are seen in this June 13, 1986 photo.

Veteran actor Ken Kercheval, best known for playing Cliff Barnes on the TV series "Dallas," has died. He was 83.

A spokesperson at the Frist Funeral Home in Kercheval's hometown of Clinton, Indiana, confirmed to multiple outlets that the actor died Sunday.

Kercheval was one of only two actors who appeared on "Dallas" for its entire 14-season run on CBS, according to Variety. He went on to reprise his role in the 1996 reunion, the 2004 reunion special and the TNT revival, which ran from 2012-2014.

According to the Hollywood reporter, "Dallas" creator David Jacobs had described the actor as "one of those guys who was going to be the next James Dean."

"Dallas" actress Audrey Landers posted a tribute to Kercheval saying, "You will always be in my heart."

Kercheval also made appearances on "CHIiPs," "The Love Boat," "Murder, She Wrote," "ER" and many more shows, Variety reported. He also was a veteran stage actor, who appeared in the original Broadway productions of "The Apple Tree" and "Cabaret."