The nominations were pulled from just 18 eligible plays and musicals, a fraction of the 34 shows the season before. 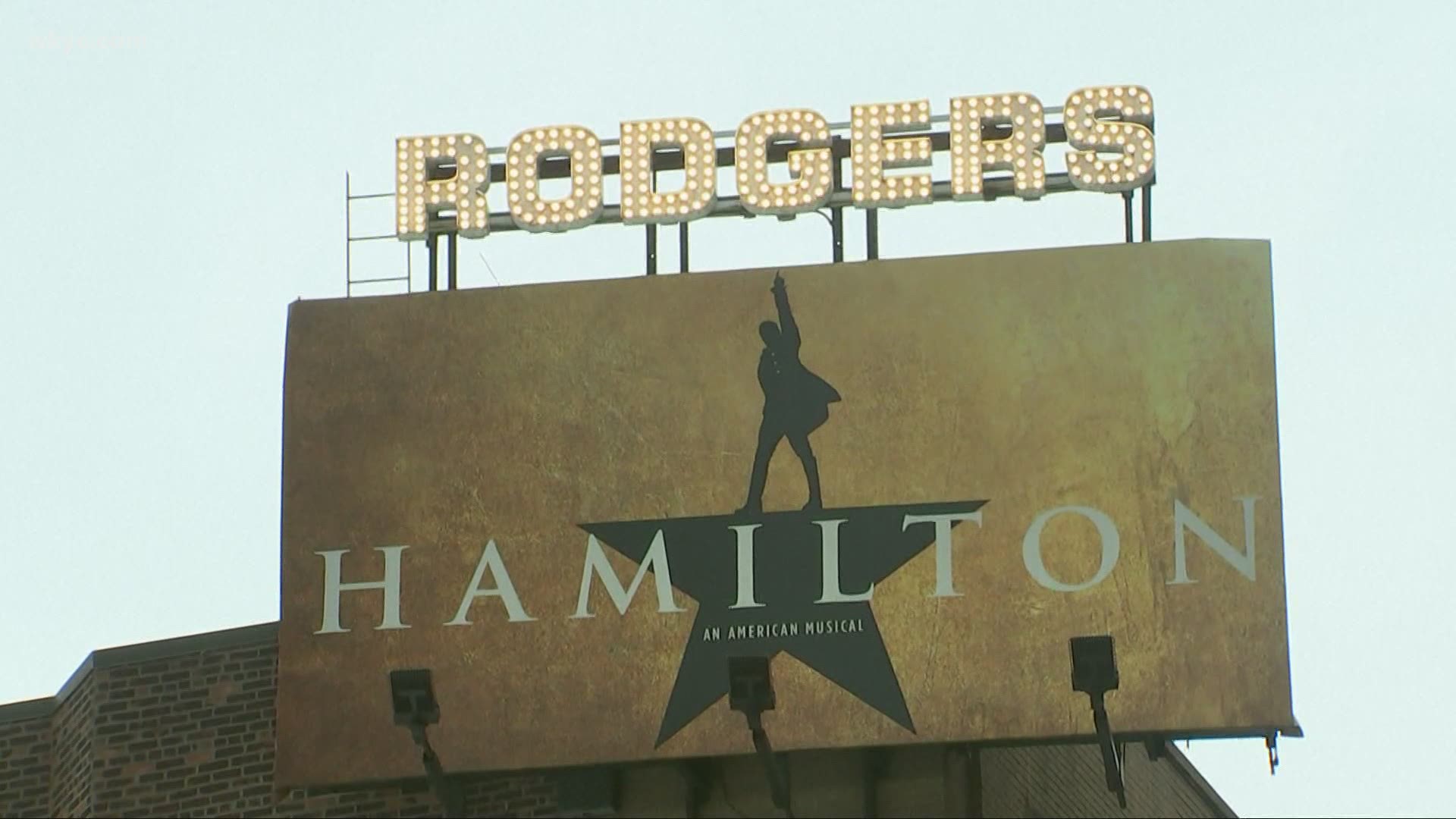 NEW YORK — The sobering musical “Jagged Little Pill,” which plumbs Alanis Morissette’s 1995 breakthrough album to tell a story of an American family spiraling out of control, earned a leading 15 Tony Award nominations Thursday, as the Broadway community took the first steps to celebrate a pandemic-shortened season that upended the theater world.

There are three best musical nominees: “Jagged Little Pill,” “Moulin Rouge: The Musical” and “Tina — The Tina Turner Musical.” And there are five best play nominees: “Grand Horizons,” “The Inheritance,” “Sea Wall/A Life,” “Slave Play” and “The Sound Inside.”

“The Inheritance” by Matthew Lopez nabbed 11 nominations. It's a two-part, seven-hour epic that uses “Howards End” as a starting point for a play that looks at gay life in the early 21st century.

In a statement, the playwright mourned the fact that the pandemic has left people without a vital resource to gather together and examine themselves and the nation.

“Theater, at its best, helps call us to those better instincts of our nature. I look forward to the day we can all return safely, joyfully to those sacred spaces and to tell each other stories of our lives and of our nation,” Lopez said.

Nipping on the heels of “Jagged Little Pill” for overall numbers of nominations is “Moulin Rouge!,” a jukebox adaptation of Baz Luhrmann’s hyperactive 2001 movie about the goings-on in a turn-of-the-century Parisian nightclub, that got 14 nods.

The nominations were pulled from just 18 eligible plays and musicals, a fraction of the 34 shows the season before. During most years, there are 26 competitive categories; this year there are 25 with several depleted ones.

The category for best performance by an actor in a leading role in a musical had just one actor — Aaron Tveit from “Moulin Rouge!” One category — best musical revival — had no eligible shows at all and was cut.

In another sign of a strange season, the best score category — an honor for the music and lyrics that is usually dominated by musicals — is filled this year with five plays.

In the performance categories, Adrienne Warren got a best leading actress in a musical nomination for inhabiting the lead character in “Tina — The Tina Turner Musical.” She is joined by Elizabeth Stanley for playing a woman battling addiction in “Jagged Little Pill” and Karen Olivo for bringing down the house with Katy Perry’s “Firework” in “Moulin Rouge! The Musical.”

In the best actress in a drama category, Mary-Louise Parker won a nod with “The Sound Inside” and is joined by Laura Linney, who is looking for her first Tony win with the solo show “My Name Is Lucy Barton,” and Joaquina Kalukango, who gave a wrenching performance in “Slave Play.” Six-time Tony winner Audra McDonald wasn't denied a spot because her revival of “Frankie and Johnny in the Clair de Lune” closed early.

Broadway theaters abruptly closed on March 12, knocking out all shows — including 16 that were still scheduled to open in the spring. The cutoff for eligibility for all shows was set at Feb. 19.

The 2020 Tony Awards ceremony will be broadcast digitally and take place later this year, at a date still to be announced. It’s one of few bright spots for theater fans — Broadway will be shut down until at least May 30.