The giant aircraft maker said Wednesday that revenue plunged 35% from a year earlier, as it was unable to deliver any new Max jets. 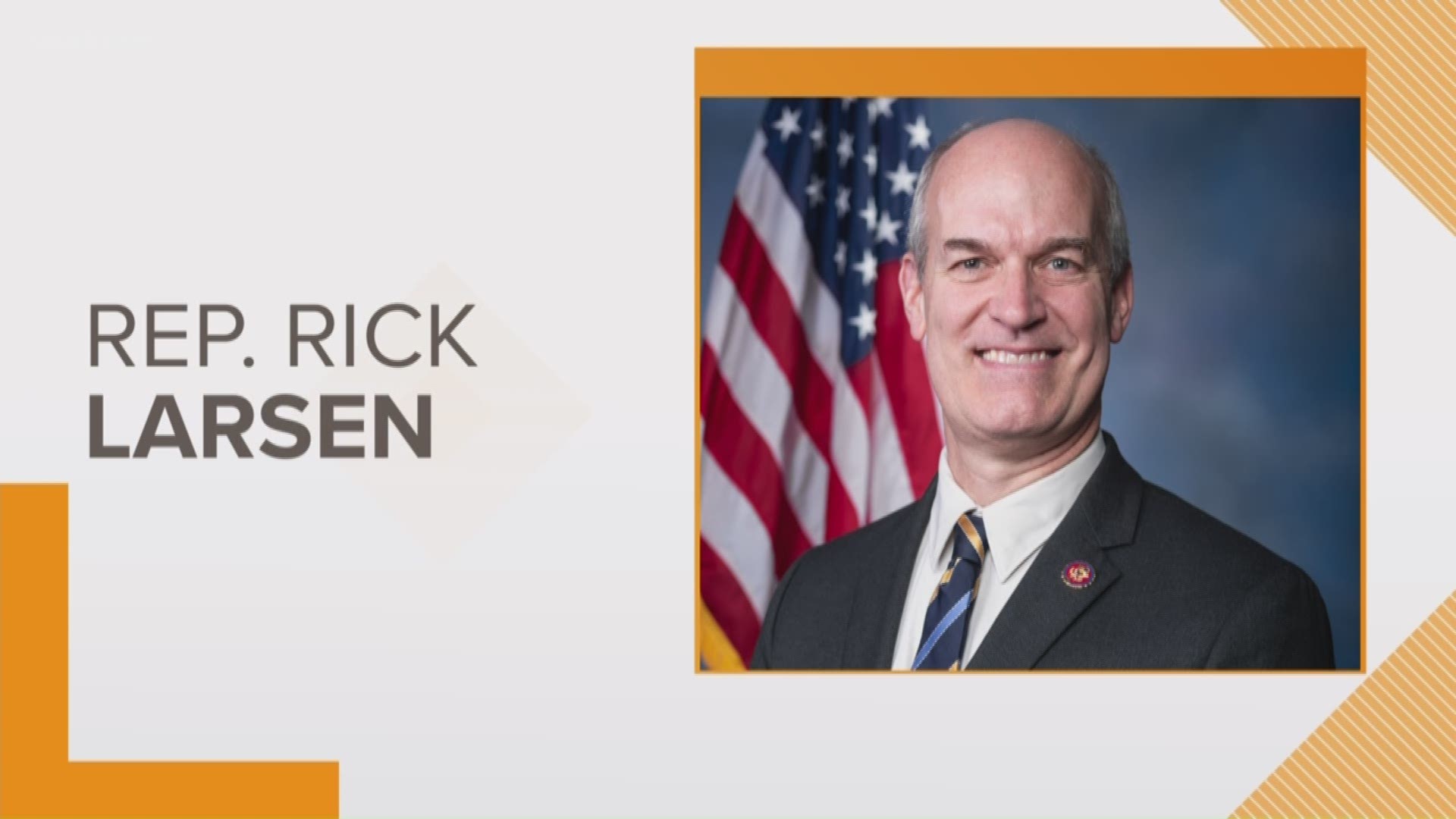 Boeing reported a second quarter loss of nearly $3 billion as it absorbed the financial damage caused by the grounding of its 737 Max airliner after two deadly crashes.

The giant aircraft maker said Wednesday that revenue plunged 35% from a year earlier, as it was unable to deliver any new Max jets.

Boeing removed much of the suspense from earnings day when it announced last week that it would take a $4.9 billion after-tax charge for the Max and expected the troubled plane to return to service in the fourth quarter.

That charge was calculated from Boeing's estimate of the cost of compensating airlines for lost use of their Max planes for several months. It did not include Boeing's potential liability from dozens of lawsuits filed by relatives of the 346 passengers who died in the crashes.

Boeing's statement Wednesday offered no new guidance about the Max or the company's profit expectations for the rest of the year. Investors were likely more focused on commentary that management might provide during a conference call that was scheduled for later in the morning.

RELATED: Southwest cancellations will rise due to grounded Boeing jet

The Chicago-based company, which builds planes in Washington state and South Carolina, said it lost $2.94 billion in the quarter, compared with a profit of $2.20 billion a year earlier. It reported an adjusted loss of $5.82 per share.

The huge charge for the Max caused the quarterly numbers to mean less than usual. Some analysts excluded the charge from their forecast of earnings per share, while others did not, making it difficult if not impossible to judge whether Boeing met, beat or fell short of Wall Street expectations.

Boeing is working to complete changes in flight-control software on the 737 Max that was implicated in the fatal crashes. The company said it is testing the final software changes that it will submit to the Federal Aviation Administration for approval.

In a statement, Chairman and CEO Dennis Muilenburg said, "This is a defining moment for Boeing," and that the company was focused on safely returning the Max to service.

Some relatives of passengers who died in the crashes — one off the coast of Indonesia in October, the other in Ethiopia in March — have urged Boeing and regulators to scrap the plane. They argue that the flight-control software is a bandage meant to cover a plane that was more prone to aerodynamic stalls because of the larger size and forward position of its engines compared to previous Boeing 737 models.

Among those calling for ditching the plane are longtime consumer crusader Ralph Nader, whose grandniece died in the Ethiopia crash, and Paul Njoroge, a Canadian who told a congressional panel this month about losing his wife, three children and mother-in-law on the same flight.

Even after the second crash, those in the airline industry, including CEOs and pilots, have never wavered in their absolute certainty that the plane will fly again. It has taken far longer than most expected, however, for Boeing to produce a fix for the flight-control system that activated when it should not have on the two flights that crashed.

"There is some frustration, but the general sense I get from the membership is they don't want anything rushed either," said Eric Ferguson, new president of the American Airlines pilots' union. "We will get that airplane back in the air when the time comes, not any sooner." 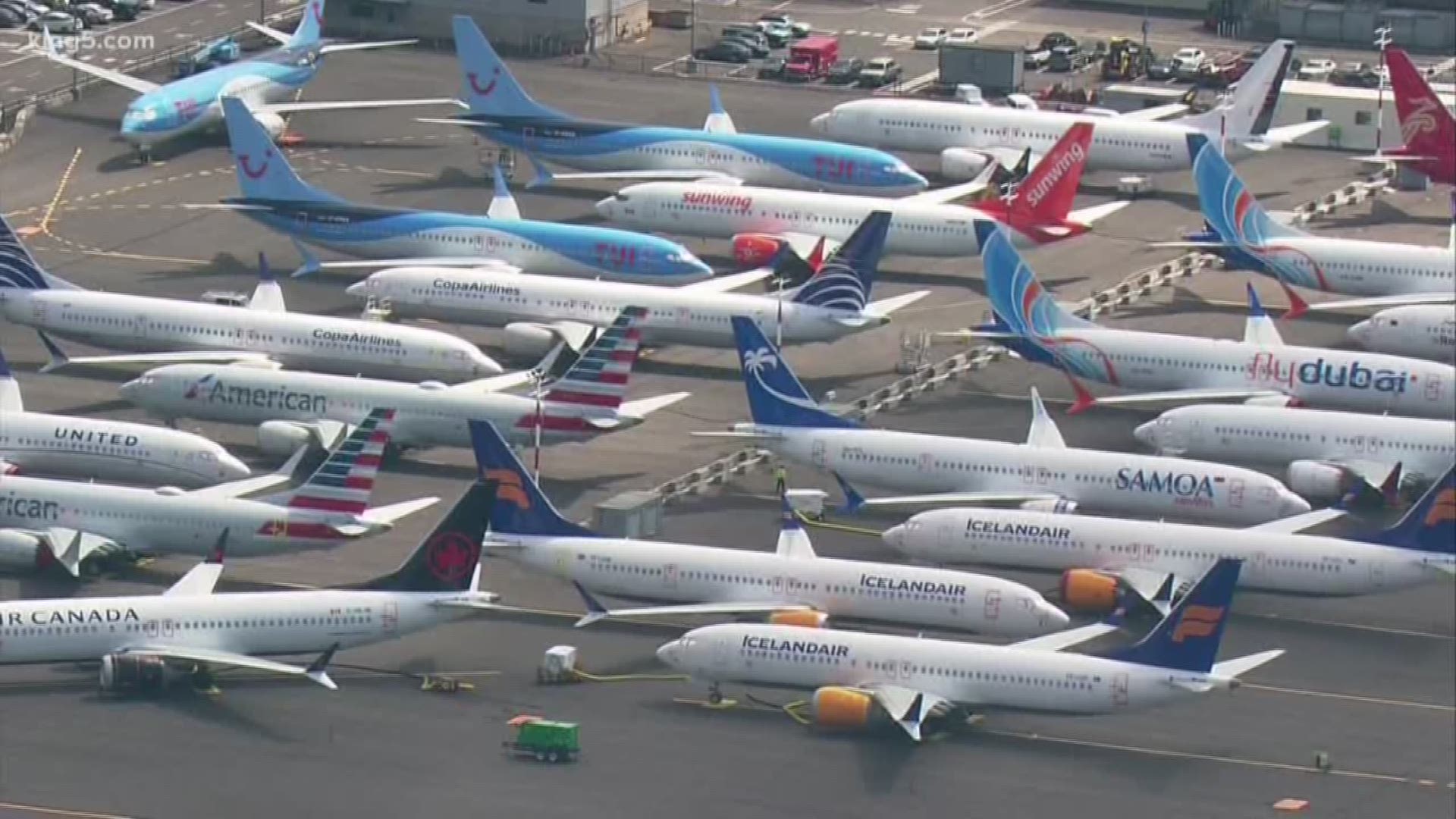 Separately, Boeing on Wednesday announced that the first flight of its 777X jumbo jet will be delayed until next year instead of late this year because of problems with the General Electric engines. Boeing still aims to deliver the first planes to airlines in late 2020.

Boeing Co. stock has lagged the broader market since the first crash and a halting, much-delayed process of fixing the flight software.

Since the first crash in late October, Boeing shares had gained 4% through Tuesday's closing price, compared with a 13% rise in the S&P 500 index. The gap has widened since an Ethiopian Airlines Max crashed in March — Boeing shares have fallen nearly 12%, while the S&P has gained nearly 10%.

David Koenig can be reached at http://twitter.com/airlinewriter