How accurate was 'Apollo 13' the movie compared to the real story?

The Tom Hanks film about the harrowing six days of Apollo 13 got some stuff right, but also took dramatic liberties. 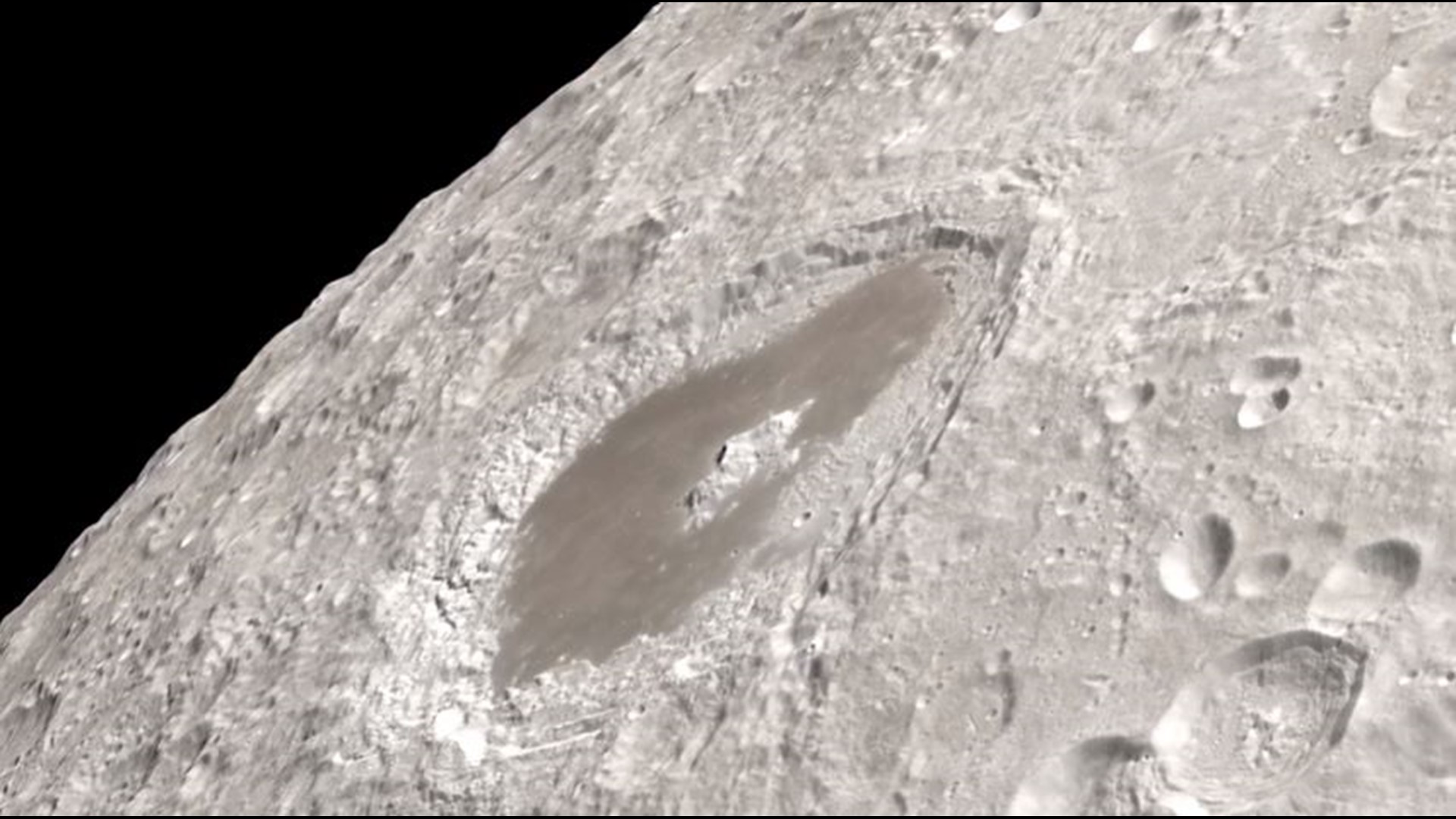 Movies based on real-life events often stretch the truth for dramatic effect, but how far did the 1995 movie "Apollo 13" starring Tom Hanks, Kevin Bacon and Bill Paxton sway from the actual events of the Apollo 13 mission that happened 50 years ago this month?

Here are a few places where they got it right and some in which they fudged things just a bit.

During liftoff, the center engine of the Saturn V rocket's five engines shut down. This actually happened. To account for it, the remaining four engines were burned for 34 seconds longer than planned, according to NASA.

In the movie, a panel shows lights for each of the five engines. The four that were working properly were on, but the center one was blinking. In reality, the center light would simply have been off.

"In Apollo 13, the movie, the light was purposely made to blink to get the viewers' attention. The movie-makers knew the actual operation, but chose to take this license for dramatic effect," said Dave Scott, Apollo 15 commander and a technical adviser for the film.

The third stage of the rocket was also burned longer to put Apollo 13 into orbit. This wasn't shown in the movie.

RELATED: Here's how you can experience the Apollo 13 mission in real-time

'Houston, we've had a problem'

For years, people thought mission commander Jim Lovell -- portrayed by Hanks -- said "Houston, we have a problem." People even still utter the words to this day. But what Lovell said was, "Houston, we've had a problem."

The discrepancy was known when the movie was filmed. According to NASA, the writers decided to keep the more commonly-known phrase for the sake of the drama.

As for who said what and when, the movie almost got it perfect. Here is the radio transcript from NASA.

Swigert: "I believe we've had a problem here."

Lovell: "Ah, Houston, we've had a problem. We've had a Main B Bus Undervolt."

Turning the lunar module into a lifeboat

In a 2001 interview with NASA, Ken Mattingly -- the original command module pilot who was grounded due to exposure to German measles -- said turning the lunar module into a lifeboat wasn't something that was made up on the spot. NASA had practiced it.

He said he vaguely remembered an earlier simulation in which the atmosphere in the command module was contaminated and had to be vented, so the crew had to move to the lunar module.

RELATED: Apollo 13 by the numbers

'Failure is not an option'

Ask Kranz what he actually told flight controllers, and he rattles it off without a moment’s hesitation a half-century later.

“I have never lost an American in space, sure as hell aren’t going to lose one now. This crew is coming home. You got to believe it. Your team must believe it. And we must make it happen.”

Kranz said the moviemakers came up with “Failure is not an option.”

One of the problems with the lunar module lifeboat was that the carbon dioxide scrubbers were not meant to support three men for four days. The scrubbers in the command module were different and had to be adapted. There's a scene in the movie that shows some of NASA's brightest trying to build an adapter using a bunch of items you can only find on a spacecraft.

"This just isn't a contingency we've even remotely looked at," says one engineer.

In the real world, not only had they looked at it, Mattingly said they had simulated something similar. An Apollo 8 simulation tackled the problem of what to do if one of the cabin fans had jammed up due to a screw that floated loose.

"The solution that they came up with was that they could make a way to use the vacuum cleaner in the command module with some plastic bags cut up and taped to the lithium hydroxide cartridges and blow through it with a vacuum cleaner," Mattingly said. "Well, on 13, someone says, 'You remember what we did on that sim? Who did that?' So in nothing short, Joe Kerwin showed up, and we talked about 'How did you build that bag and what did you do?'"

Mattingly said they solved the problem for Apollo 13 in about an hour or two, but another half-hour was spent building a demonstration model.

In the movie, an engineer named John Aaron is tasked with trying to figure out how to power up the command module using just the ship's batteries and Mattingly is in the simulator helping him figure it out. In real life, Aaron was put in charge of the project, but they didn't figure it out in a simulator.

"You don’t do things that way. It was good way of conveying the story to the public that we have to work on it, but the public could never have followed the real magnificence of having this group of people laying around doing all these things pieces at a time," Mattingly said.

However, the simulators were used to practice the procedure so they could explain to Swigert what to do when the time came to power up.

Mattingly added that the tension seen in the movie of Lovell wanting NASA to send up the procedures was real.

"Jim (had) become apprehensive about 'Where are my procedures?' and he kept getting told, 'They’re coming. Stand by.' I think Jim probably was really very much apprehensive because they didn’t have any idea what to do at all," Mattingly said.

Here is one transmission Lovell sent to Mission Control, according to NASA.

Transferring power from the lunar module

In the film, NASA figures out it can get the extra power it needs to fire up the command module by transferring some from the lunar module. But the way Mattingly describes it, it seems that the power transfer was just a bonus.

"Got it all up to (Swigert), and, as you know, it all worked. One of the last things we did in the procedure was we, by then, had noticed that we actually had extra electrical power in the lunar module batteries..." said Mattingly. "Somebody came in and found a way to do a jumper cord and take battery power out of the lunar module and top off the command module and to use that power to help get the command module stuff started so we didn’t use all the power from the batteries. So we ended up with a good margin on the batteries."

"Blackout lasts three minutes. (If) they're not back in four, we'll know," a NASA spokesperson tells a reporter in the movie, implying that it will mean the spacecraft burned up.

Mission Control waits with tension and dramatic music. The clock passes four minutes before they see the chutes open on the spacecraft.

In real life, it took six minutes. Air & Space Magazine talked to Kranz about it.

"Blackout was 1:27 longer than predicted…. Toughest minute and a half we ever had," Kranz said.

Why the long blackout?

"Odyssey's unexpectedly shallow entry angle may have made the blackout period last longer than expected," NASA says on its website. "Although this has been a favorite topic of speculation, the original reports do not pay any heed to it."

On the other side of the blackout, the first words you hear in the movie are Lovell saying, "Houston, this is Odyssey, It's good to see you again." this leads to an eruption of cheers from Mission Control.

In reality, the first message was simpler and not from Lovell.

One thing that was accurate with the scene, according to Lovell's recounting of the mission, is that it rained inside the command module during re-entry because of the condensation.

Other things the movie got right