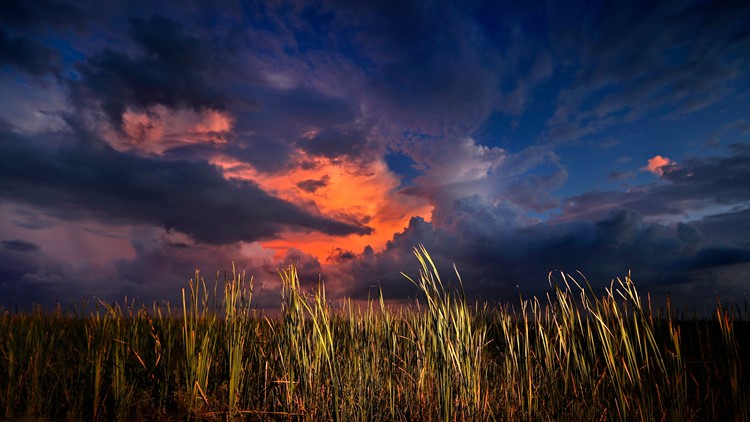 Photo by: AP
In this Sunday, Oct. 20, 2019 photo, a clearing late-day storm adds drama in the sky over a sawgrass prairie in Everglades National Park in Florida. (AP Photo/Robert F. Bukaty)

WASHINGTON — A professor and around 15 students were wading through water near the Pahayokee Overlook outside of Miami Friday when an alligator bit one of the female students in the lower right leg, the Miami Herald reports.

A spokesperson for the Everglades National Park, Allyson Gantt, said the trail is a popular spot for hikers and alligator attacks in the area are very unusual, the Associated Press reported. Gantt told the outlet that visitors to the area need to pay attention and stay alert and it is also stressed that swimming in the area is not recommended.

The area where the attack happened has been closed temporarily by biologists for the Everglades park while they investigate.