UFO researchers are claiming victory, saying this validates their beliefs and shows that their research is not on the fringes anymore. 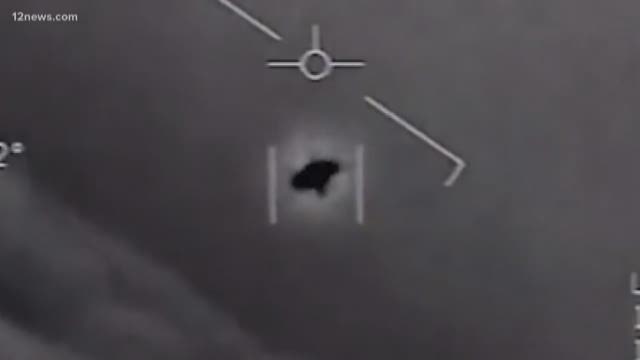 WASHINGTON, D.C. - Pentagon officials admitted over the weekend to funding a UFO investigation program, contradicting years of denials that the U.S. government was investigating UFOs.

UFO researchers are claiming victory, saying this validates their beliefs and shows that their research is not on the fringes anymore.

"Now we know they had an official program that was funded and cosponsored by politicians on both sides of the aisle," Alejandro Rojas, editor of Openminds.tv, a UFO website, said.

The program was uncovered by The New York Times over the weekend. The Pentagon confirmed the program existed, but said it had been shut down in 2012. A whistleblower who said he ran the program said it was still going on, even though funding had been cut off.

According to The New York Times, the program was funded largely at the request of Nevada Sen. Harry Reid, at a budget of $22 million. Most of that money, the newspaper reported, went to Bigelow Aerospace, a Las Vegas company building inflatable space station components and founded by Nevada billionaire Robert Bigelow.

Bigelow, in turn, performed the research as a subcontractor, the report said.

The New York Times also released videos obtained from the Pentagon, showing F-18 Hornets tracking a large unidentified object, said to be about the size of a passenger jet.