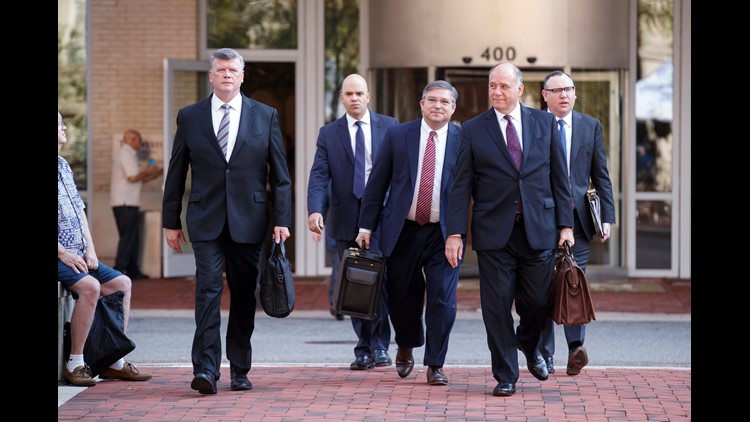 ALEXANDRIA, Va. – A federal court jury resumed deliberations Friday in the financial fraud trial of Paul Manafort, while the judge overseeing the case against the former Trump campaign chairman said he was "optimistic that the case might end soon."

Jurors deliberated for more than six hours Thursday and recessed after submitting four questions to U.S. District Judge T.S. Ellis III, including a request for a redefinition of "reasonable doubt."

The panel must determine guilt beyond a reasonable doubt in order to convict Manafort on the 18 counts of tax and bank fraud lodged against him.

Ellis also said he would hear a challenge later today to an earlier ruling to seal the contents of a bench conference that delayed the case for hours last week.

The reason for the delay has not been revealed, and the judge said Friday that he would likely keep last week's matter sealed until the end of the case, saying that the disclosure would be "disruptive" to the ongoing case.

Prosecutors and defense attorneys have huddled privately numerous times throughout the trial, and only rarely have the contents of those meetings been disclosed. Ellis, however, said Friday that all sealed proceedings would be made public at the conclusion of the case.

He acknowledged the challenge from news organizations Friday, promising to weigh the matter by early afternoon.

"A thirsty press is essential to a free country," Ellis said in open court, after the jury had retired to resume deliberations.