Fox 8 WVUE confirms that Parker died in a plane crash while reporting at the New Orleans Lakefront Airport on Friday, Aug. 16.

The second person who died in the crash was identified by New Orleans Mayor LaToya Cantrell as pilot Franklin Augustus, who she praised for his "...countless hours introducing flying to area youth through the Young Eagles program and Civil Air Patrol."

Parker has been a fixture in New Orleans news for more than 20 years, anchoring FOX 8’s evening newscasts for more than a decade before moving to the morning show.

"Nancy was a part of the FOX 8 family for the last 23 years, she put her heart and soul into her work, covering thousands of stories and touching countless lives. She made a difference in the lives of those she reported on.  She will be sorely missed, and her absence creates a void that cannot be filled."

Nancy Parker reporting through the years 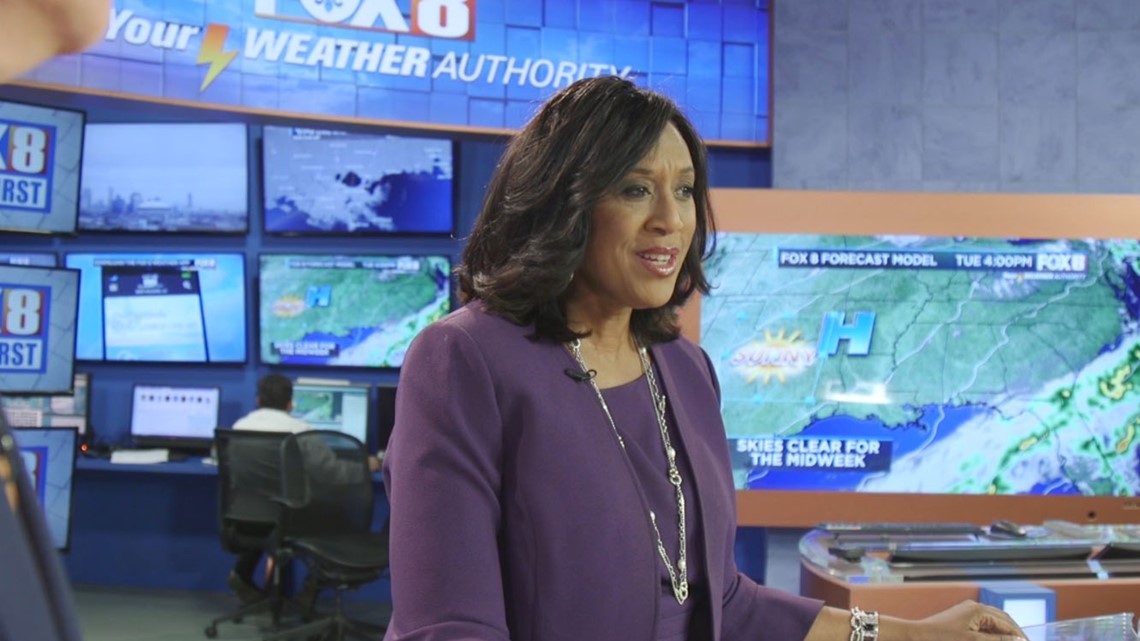 “Nancy was absolutely a joy to work with each and every day”, said FOX 8 Vice President and General Manager Tim Ingram.  “Today we lost a wonderful journalist and remarkable friend, the New Orleans television community lost a true treasure, but beyond that, her family lost a wife, a mother and daughter.  Our thoughts and prayers are with them.”

"Our heartfelt and sincere condolences go out to the family of Nancy Parker and the members of her FOX 8 family. Many of us have known Nancy as a professional but even more importantly as the loving mother, friend and inspiration she was to us all."

The Jefferson Parish Sheriff's Office, of which Parker's husband is a public information officer, released the following statement Friday night:

"Sheriff Lopinto and the men and women of the Jefferson Parish Sheriff’s Office mourn the passing of Nancy Parker, wife of Public Information Officer Glen Boyd.  Nancy was known to all in the Greater New Orleans area as a trusted voice, and she will be missed.  Our deepest sympathies and condolences go out to the entire Parker and Boyd families, Nancy’s co-workers at WVUE, and everyone in the local media and public whose lives she touched."

Louisiana Governor John Bel Edwards also extended his condolences, praising her career and asking for prayers for her family.

New Orleans Mayor LaToya Cantrell released a statement Friday night mourning both Parker and Augustus. Cantrell called Parker "an invaluable member of our community" and Augustus an accomplished pilot who "even dress[ed] as a costumed superhero of his own creation: ‘The Drug Fighter,' to deliver a message of hope, and to help combat substance abuse.”

"For more than two decades, Nancy Parker sat opposite John Snell as the FOX 8 co-anchor and gave us the news of the day. She told it to us straight, but with a combination of professionalism, intelligence, warmth and grace we may never experience again. New Orleans did not just lose a five-time Emmy-winning journalist, or a familiar, comforting face on our TV screens. We lost a loving mother of three, a beautiful human being, and an invaluable member of our community," Cantrell said.

“Franklin Augustus fell in love with flying after listening to a Delta Airlines pilot as a high school senior. This native son of a longshoreman became an accomplished pilot, but he never forgot the magic he felt as a youth about flying. He spent countless hours introducing flying to area youth through the Young Eagles program and Civil Air Patrol. He spent time working with our young people, even dressing as a costumed superhero of his own creation: ‘The Drug Fighter,' to deliver a message of hope, and to help combat substance abuse," Cantrell said.

The plane crash was reported near Jourdan Road and Morrison Road, just south of the New Orleans Lakefront Airport, around 3:20 p.m.

FAA inspectors in Baton Rouge and federal NTSB inspectors from Denver are en route to investigate the crash and determine an official cause of the incident, officials said. The federal inspectors were scheduled to arrive to New Orleans Saturday morning.

A city official called the crash "quite catastrophic" and said a fire engulfed the plane after it hit the ground. First responders attempted to rescue the victims but were inhibited by the fire, the official said.