Mystery seeds from China mailed to residents in Texas

According to the Texas Department of Agriculture, around 200 cases have been reported in the state. Residents are urged to not open the seeds, and call the USDA. 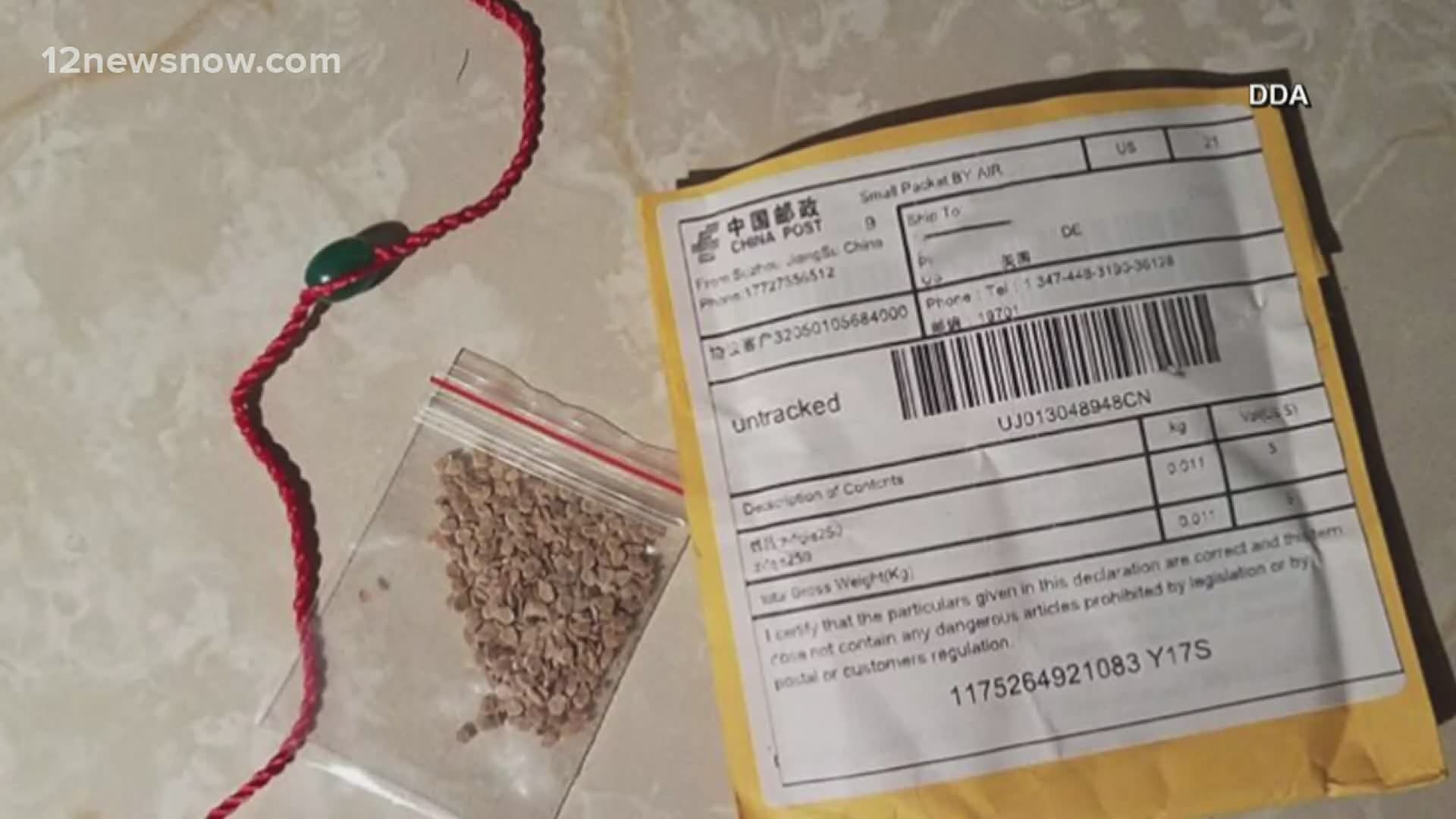 DENTON COUNTY, Texas — Carol Howell lives on a farm in Bartonville, Texas. Last week, she received a small manila envelope in the mail with seeds inside.

The shipping label indicated it came from China. She never ordered it, so Howell decided to look it up online and realized many other people across the country got something similar.

She contacted the United States Department of Agriculture and a horticulture agent in Denton County. She was told to put it in a Ziploc bag and hold it until the USDA picks it up.

“This is a little unnerving,” Howell said.

Janet Laminack, the Denton County Texas A&M Agrilife Extension Horticulture agent, said the biggest fear is if the seeds are an invasive species. She noted other invasive species that have harmed the Texas environment like fire ants, kudzu vines and zebra mussels.

“We don’t know what they are, so we don’t want to plant them or anything else,” said Laminack.

She said it’s also important not to throw it away in case it gets planted in a landfill.

It’s critical for those who receive unsolicited packages of seeds to report it to the USDA.

According to Texas Commissioner of Agriculture Sid Miller, he said 100 to 200 cases have been reported to his department.

Miller said the Texas Department of Agriculture is working closely with the USDA to pick up the seeds from residents and take them to the seed lab. He stresses to not to open the bag of seeds.

“We think and we hope it might be a scam,” said Miller.

But he also said his team is assuming the worst until they find out what the seeds are. Different types of seeds are sealed in the envelopes.

“They could be some biological virus. It might be some kind of bacteria that could devastate our agriculture industry in Texas. We are taking every precaution," said Miller.

Unsolicited seed packages should be reported to SITC.Mail@aphis.usda.gov. More information can be found here.