Motorcyclist dies after hitting couch in the middle of I-10

The couch was sitting in the middle of the roadway when the man hit it and was thrown off his bike, state troopers said. 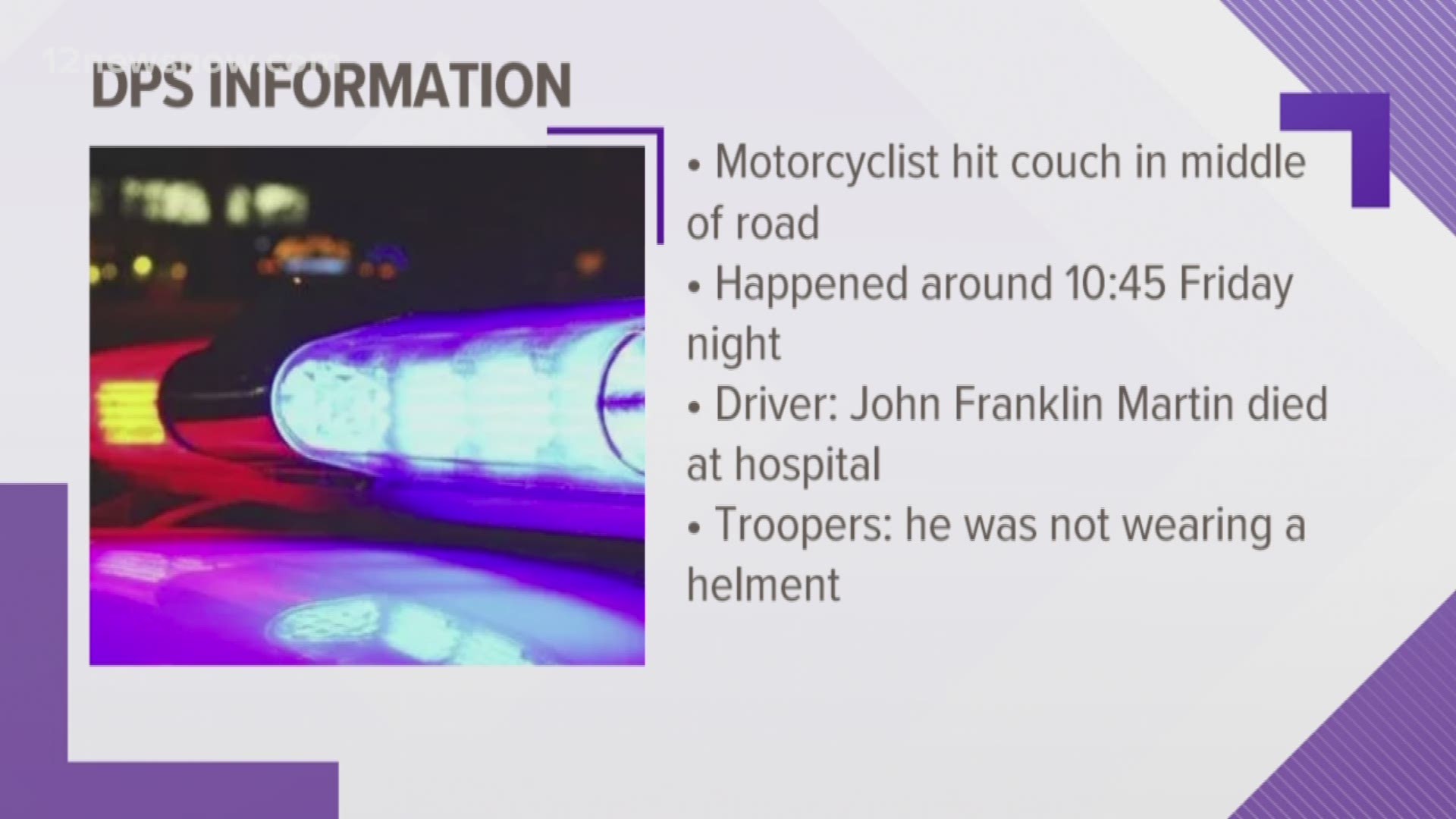 ORANGE COUNTY, Texas — A motorcyclist died after hitting a couch sitting in the middle of eastbound I-10 late Friday night.

John Franklin Martin, 42, of Buna, was riding a 2010 Harley Davidson motorcycle in the inside lane of eastbound I-10 when he hit the couch in the roadway, throwing him off the bike, Hendry said.

He was taken to St. Elizabeth's hospital in Beaumont and pronounced dead a short time later. He was not wearing a helmet when the crash happened, Hendry said.