Rhonda Hart says she's been made so many promises, and she just wants something to change. 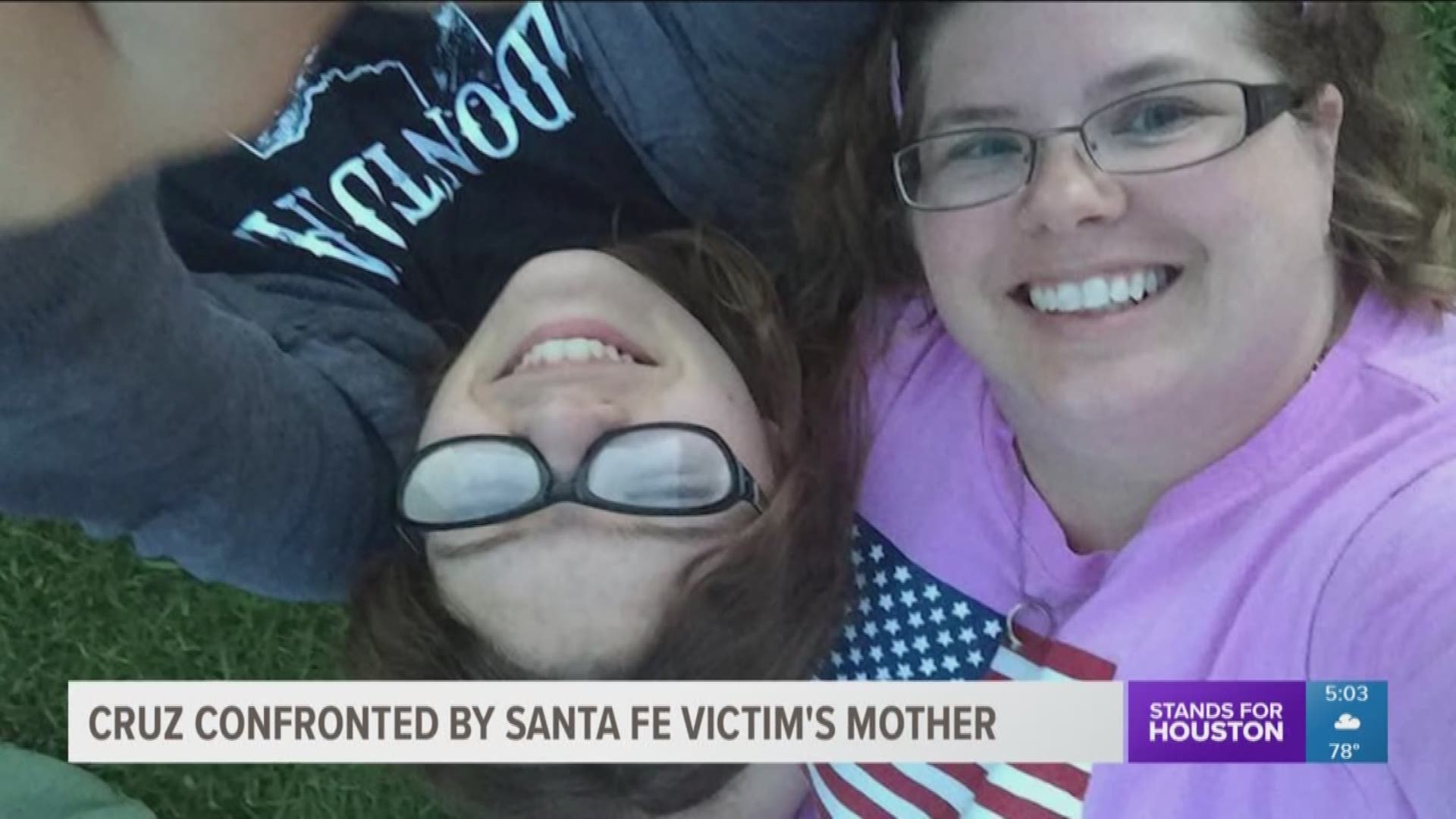 She says she’s been made so many promises, and she just wants something to change.

With her ironing board and her broken heart, Rhonda Hart is putting the finishing touches on her daughter’s sash.

"I always used to put the badges on at the end of the year, but I fell a little bit behind," Hart said.

Even though she knows her little Girl Scout will never have a chance to wear it again.

Her life looks nothing like it did only four months ago. It’s a new home and a new life for her and her 11-year-old son, Tyler.

Since her daughter, Kim, died, she’s met with them all -- the big-name politicians, including President Donald Trump himself.

Hart feels like the promises they’ve made her have been, well, only that. So when Hart found her chance to get her voice heard about tougher gun laws and background checks, she did.

Hart says she didn't plan to confront Sen. Cruz Thursday night at his campaign event, it just sort of happened.

Sen. Cruz gave her a lengthy response, recognizing their differences of opinions, but said more armed officers on campus is the best answer.

Disagreeing with the crowd, Hart knows her opinions are not shared by everyone.

She didn’t expect the backlash, but to her, it was worth it -- for her daughter.

“She mattered. All of those kids mattered, whether those families align with my views or not, they were all souls on this planet. They were human beings," Hart said.

In his response, Sen. Cruz also explained legislation that he introduced five years ago that would have given millions to beefing up school security, including more officers, metal detectors and bulletproof doors. But he said it was later filibustered.