Police said the man was arrested and placed in handcuffs when he somehow managed to get in the front seat of the cruiser and take off. 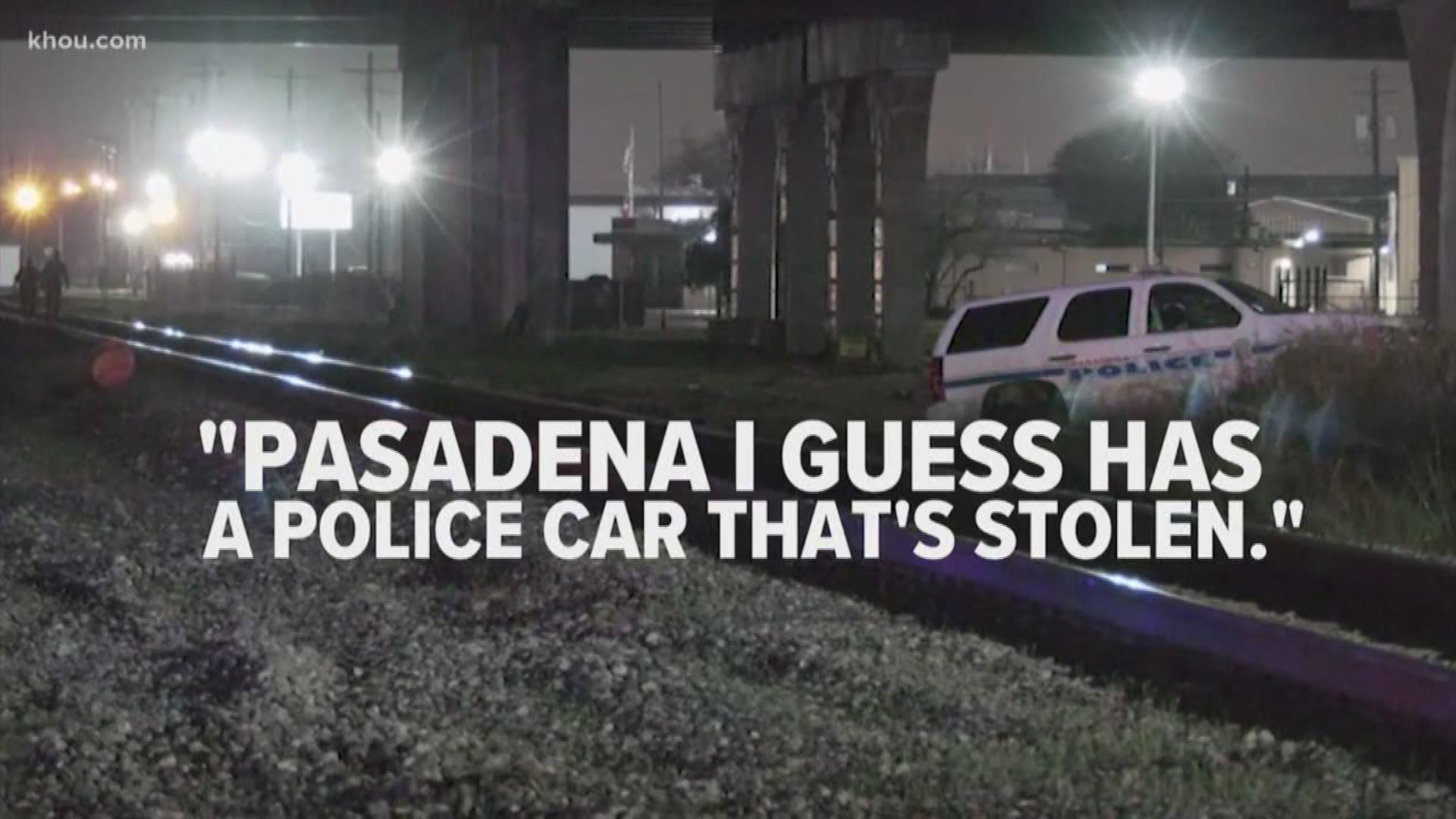 HOUSTON — Police caught a man who allegedly stole a Pasadena police SUV and led them on a chase overnight.

The chase and arrest happened after 2 a.m. Friday on Houston’s south side.

Pasadena's police chief said his officers initially pulled the suspect over for driving in a vehicle that was reported stolen. Officers arrested the man, whose name has not yet been released, and put him in handcuffs.

Somehow the suspect managed to get his cuffed hands out from behind his back before he got in the front of the police SUV and took off.

The suspect is accused of leading officers to Highway 288 and Holmes Road where Houston police joined in to assist. After about a 20-minute pursuit, he left the highway and went into a grassy area where he eventually crashed after coming across some railroad tracks.

A witness to the end of the pursuit said the suspect jumped out of the stuck police cruiser and went to jump a fence while running away on foot.

Police set up a perimeter and arrested the man without further incident.

As of 5 a.m. the investigation was still underway at the scene. Highway 288’s mainlanes were not impacted.