The fair events, originally scheduled from March 25 through April 4, have now been pushed back. 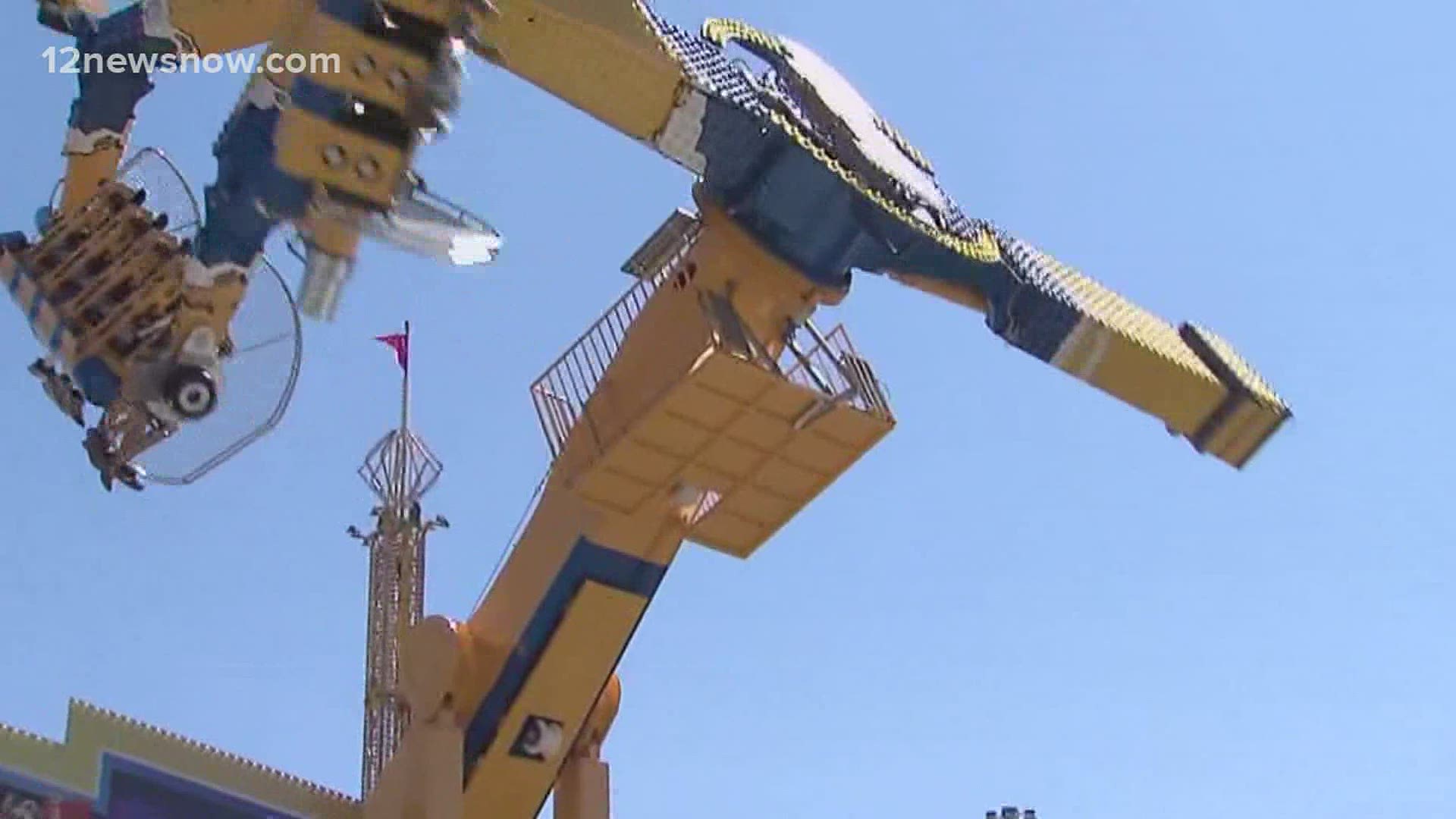 BEAUMONT, Texas — The South Texas State Fair has been postponed until May 2021, according to a news release from the YMBL.

Organizers say the decision comes "out of an abundance of caution" due to COVID-19 health concerns.

The fair events, originally scheduled from March 25 through April 4, have now been pushed back until May 20 through 30.

However, private youth competitions will still be held within the original fair dates.

The Houston Livestock Show And Rodeo has also been canceled. The announcement was made Wednesday on Twitter.

The rodeo president says the Junior Livestock Show and Horse Show competitions will still be held in march as private events. He went on to say that $21.7 million will be provided in grants and scholarships to the Youth of Texas.

The organization is working towards the 2022 season, which will be its 90th anniversary.

RELATED: RodeoHouston 2021 has officially been canceled because of COVID

For over 75 years, the South Texas State Fair's goal has been to provide all Southeast Texans with a once-a -year opportunity to enjoy world-class fun and entertainment fit for the entire family.

That goal remains a top priority of the organization today even in a time of great uncertainty.

Out of an abundance of caution and optimism we are postponing the Pro Rodeo, Carnival, and other Fair events scheduled for March 25th — April 4th, until May 20th - 30th.

The health and safety of our commu-nity is a great concern and we will continue working closely with Public Officials as we move forward.

This could include the Junior Market Livestock, Poultry & Rabbit Shows along with Ag Mechanics and Breeding Beef. Plans are also being reviewed to conduct a Youth Auction.

The YMBL, is a not-for-profit that since 1917 has promoted the general welfare of the City of Beaumont and vicinity. Worked to enhance professional, commercial, industrial and trade associations and develop and pursue programs which have helped to maintain and improve our areas educational and cultural facil-ities and opportunities. We have also undertaken activities which have aided in the enhancement of our area's agricultural and commercial purposes and participated in projects which have been beneficial to youth as well as the elderly.