Woman killed while driving in Atlanta

Police are investigating after a woman was shot in the head and killed while driving Thursday morning. 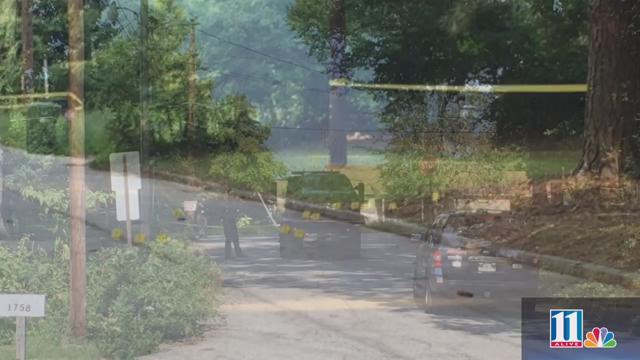 Police are investigating after a woman was shot in the head and killed while driving Thursday morning.

The victim is a 24-year-old and police said it appears she was driving home from work when she was shot twice.

The shooting happened around 5:30 and a call came in for a car fire because of the smoke the tire created. Police said the woman's foot was apparently stuck on the accelerator after the shooting. After being shot, police said the car went off road, into trees and bushes.

The victim was transported to the hospital where she died.

The investigation is centered on Leslie Avenue in Southwest Atlanta, a residential area. Police found shell casings at the scene from three different weapons. There was a total of 25 different bullets found at the scene.

"Some of the shell casings we found on the ground may be from an earlier situation, but we can't tell right now because they all appear to be the same type of rounds," said Maj. Adam Lee III with the Atlanta Police Department.

Neighbors tell 11Alive they heard two different rounds at gunfire. Once around 2:30 in the morning and the other round three hours later.

"It shocking for the area because it's usually a quiet street," said one neighbor who asked not to be identified because the suspect, or suspects, is still on the loose.

The identity of the victim is being withheld because police are still waiting to notify next of kin. Police say she is just a month from her 25th birthday.

Police have not said if the victim was targeted or caught in the crossfire.

"It's certainly concerning to us because she doesn't appear to be in any type of situation where she might be targeted by this kind of violence," Lee said.

Stay with 11Alive as we gather more details.