During a routine bike ride home last June, Robert Jackson was hit and killed. Since then his wife has been fighting for justice and respect. 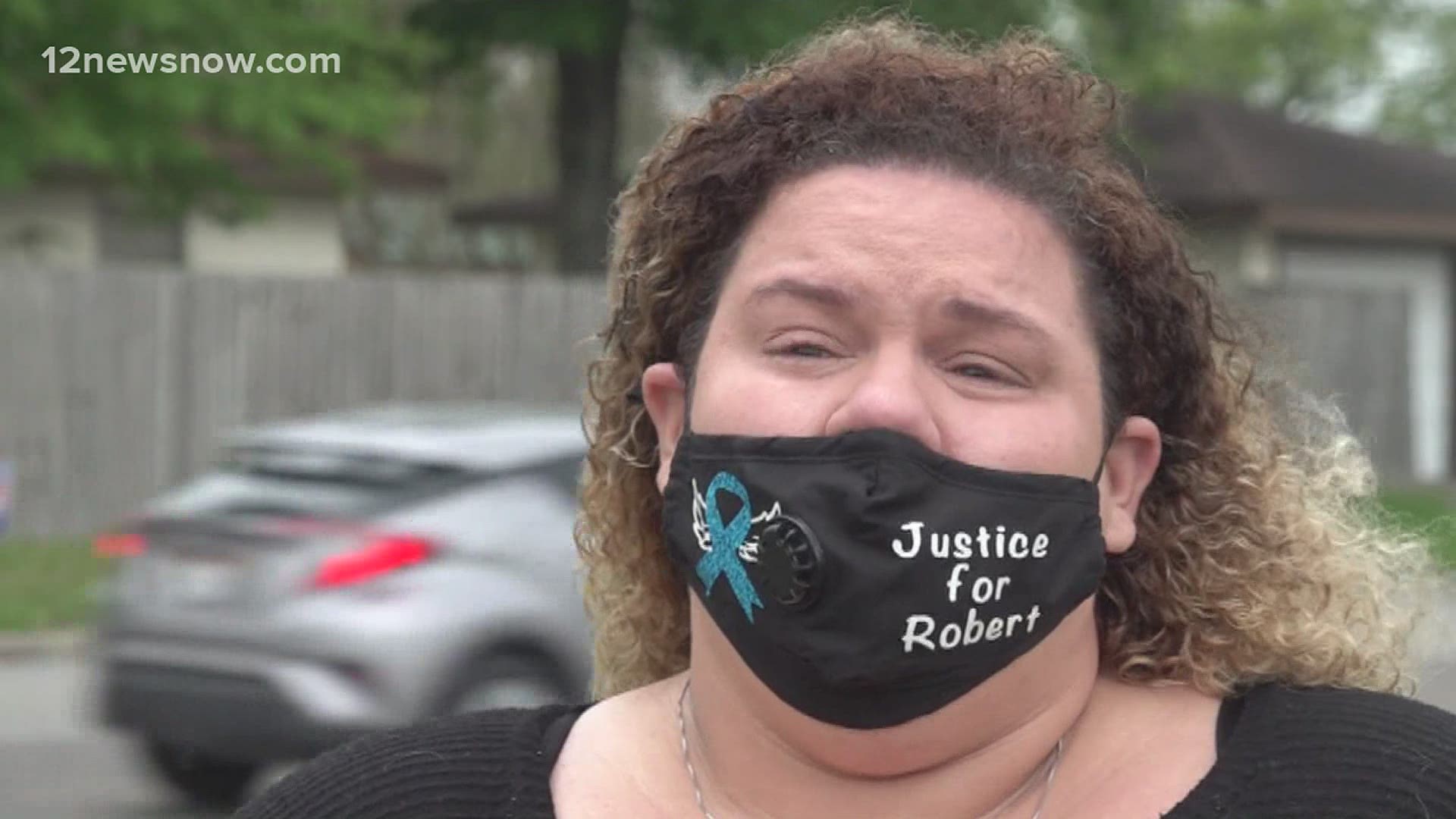 It's not the first time she's publicly asked for more information in the hit-and-run death of her husband Robert Jackson.

She said a woman named Jillian Blanchard was hit and killed by the same driver. In August, the two families held a protest outside of the police department.

June marks one year since Robert Jackson was killed. His widow said not one day goes by that she doesn't remind people of the injustice that she feels is happening.

A makeshift memorial marks the spot where Robert Jackson drew his last breath.

"Every time I come, I think about his last moments," said Mandi Jackson.

During a routine bike ride home last June, Robert Jackson was hit and killed. Since then his wife has been fighting for justice and respect.

Charges have yet to be filed in his case and unanswered questions by the Bridge City Police Department prompted Mandi Jackson to bring her message directly to the city council Tuesday.

"I thought about Robert today, and he deserves justice and I haven't gotten that from one officer in this police department. So, you can't answer me and that's fine," Mandi Jackson said.

"We provide Mrs. Jackson with information as often as we have it. Sometimes the information is the same that there is nothing that has changed."

Loved ones believe the suspect in Jackson’s death is the same person who hit and killed, 20-year-old Jillian Blanchard on that same day. Both accidents where minutes apart. Police have yet to confirm those details.

Chief Davis said the biggest thing holding up Jackson’s case is that evidence is still being reviewed, saying in part, "I can assure you and the families that we are working to make sure that we file the highest possible charges that we can. We can't do that until we have all the evidence to present to the district attorney's office."

As For Mandi Jackson, the wait for justice has taken its toll, but she is determined to see this through the end.

"I need people to know that the message to this town is sending me the message that is being clearly portrayed is that a Roberts life didn't matter and it does.." Mandi Jackson said.

Chief Davis said the evidence from the crime lab could back by the end of month, and then they will be able to turn their findings over to the District Attorney's Office.