Officials are telling people not to touch debris because some pieces of equipment that blew up in the explosion contains asbestos insulation. 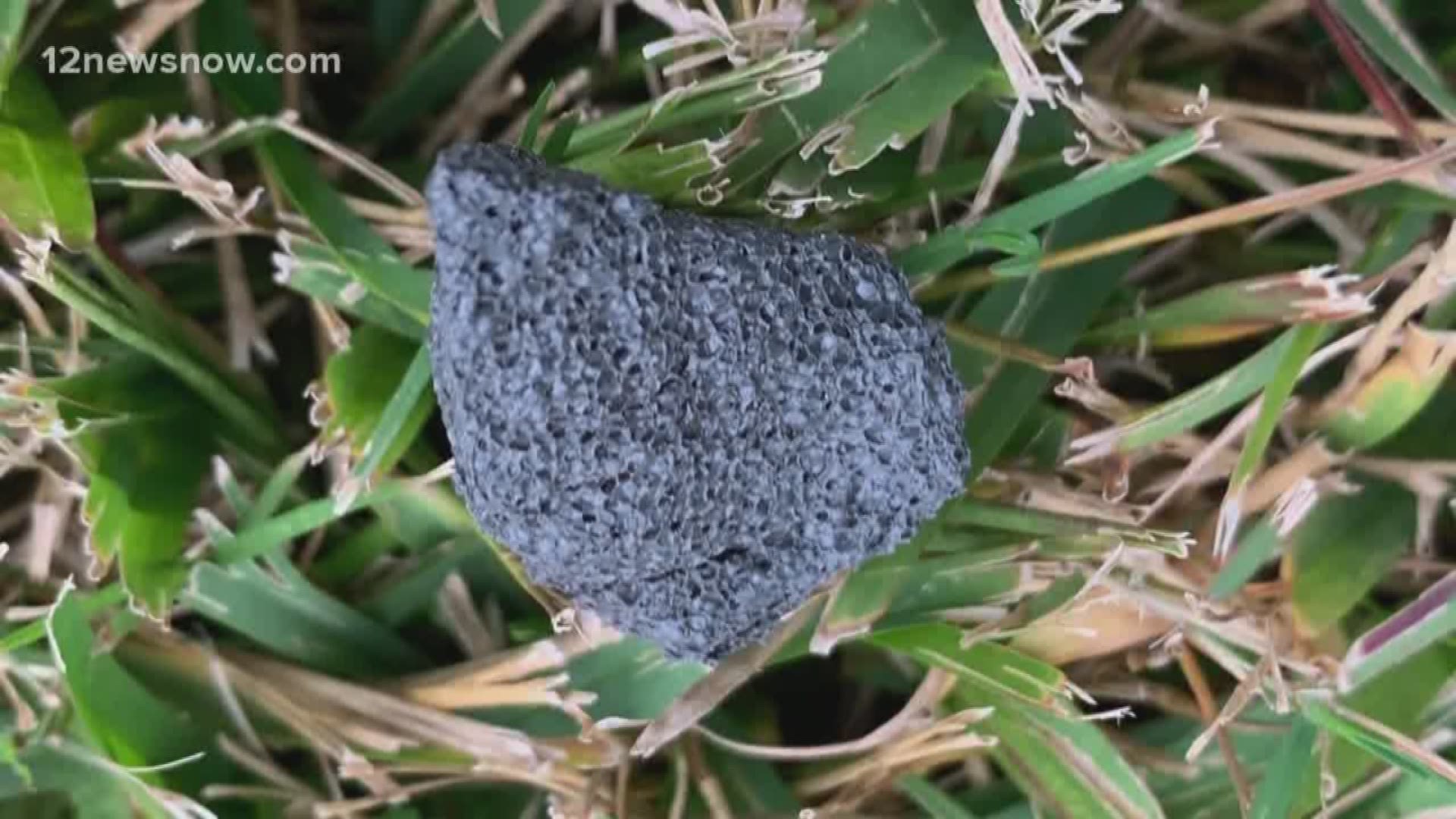 PORT NECHES, Texas — Several pieces of debris from the TPC explosion have been discovered across Mid County after residents returned home once the evacuation order was lifted for those living in a 4-mile radius of TPC Group Plant.

Rebecca Creel is a mother of three who also home schools her children. Debris from the TPC explosions has forced her to make changes at home since majority of her kids time is spent outside playing.

"Constructional stuff with our house, it can be repaired. Debris is something that I don't want my kids getting into (and) my dog," Creel said. "We can see the larger pieces, but if we have that much stuff in our yard, a mile in a half away, (what about) the small tiny chunks we can't see?"

Saturday Creel returned home for the first time and discovered several charcoal objects and Fiber glass throughout her lawn. Officials are telling people not to pick up debris they see in their yards.

The reason is because some pieces of equipment that blew up in the explosion contains asbestos insulation. As of right now, officials say that air monitoring shows no results of asbestos.

Mike Tobias lives roughly two miles away from the plant and has spent the past few day searching his yard for debris from the explosions. He's worried about the safety of his children after finding debris in his lawn.

Unlike Tobias, who left the debris in his yard, Creel took matters into her hand and got rid of it.

"I trust myself more than the people coming out to get it, and number two, we're keeping our kids inside; but god forbid other animals and stuff coming into our yard," Creel said.

TPC officials say if you do find debris on your property, it's recommended not to touch and allow officials to remove it. You can do so by using their helpline number, 1-866-601-5880.

RELATED: Claim adjusters for those impacted by TPC Plant explosion will be on the ground Sunday