Ways to keep your pets calm during fireworks

Fireworks have already started in neighborhoods all over central Indiana. Here are ways to keep your pet calm during the run up to the Fourth of July. 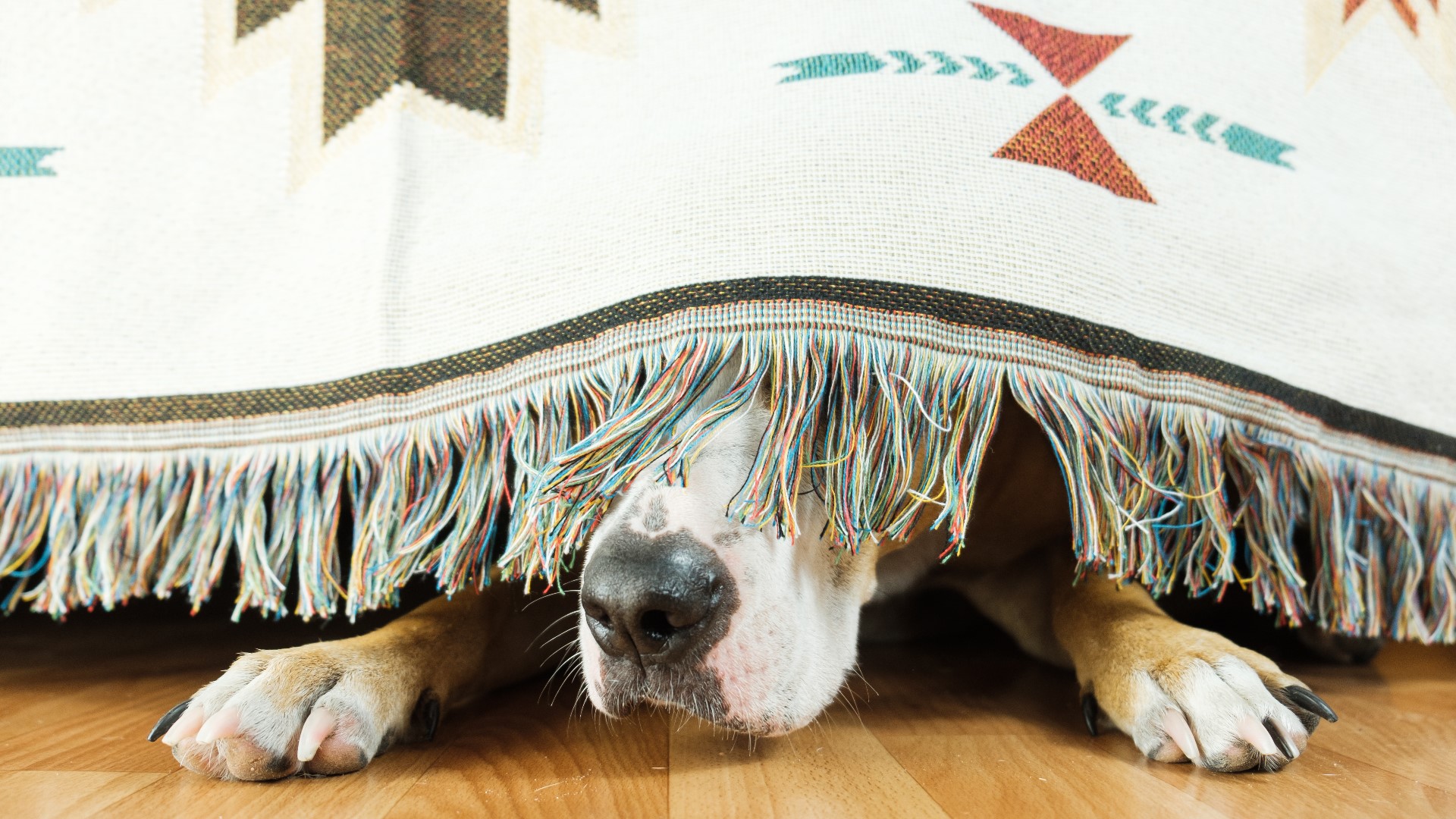 INDIANAPOLIS — Hoosiers aren't waiting for Independence Day to show their American pride. Fireworks have already started in neighborhoods all over central Indiana, so let's show you ways to keep your pet calm during the run up to the Fourth of July.

"It's actually pretty serious," said Dr. Kerry Peterson from the Pet Wellness Clinic. "Actually, over a third of dogs suffer from some sort of noisy aversion anxiety in and around the summer months, mainly with fireworks, but thunderstorms as well."

So what are some of the things that you can do with your pets to keep their anxiety down?

"What they're anxious about are noises or light changes in the house with the flashes of the fireworks, so things you can do, you can shut blinds, shut curtains, turn lights on, so it's a consistent lighting scheme in your house," Peterson said. "You can also turn on music or have a movie playing. Just something to distract them so they can't hear those noises."

Personally, I talk to my dog, Charlie, all the time to keep him calm. Is this an effective method?

"Yes, you should [talk to them]," Dr. Peterson said. "One of the signs that they will tell you that they're scared is they'll be extra clingy. Hold them if they need to be held, pet them, interact with them, let them know that it's OK and reassure them."

Runaway pets is also a big problem surrounding Independence Day because of the flashes and loud noises.

"If you know that fireworks are going to be happening, if your dog has to go outside, I would recommend putting them on a leash," Peterson said. "We hear of dogs escaping their backyard, getting up under fences, just trying to get away from the noise. If your family is setting off fireworks, keep your pets indoors, not only as a danger as far as the fire and the explosion portion of it, but there is a danger to them ingesting it. We just had a pet last week that ingested a firework."

Pet anxiety is actually a lot like a human panic attack, so as a pet owner, be looking for symptoms that your dog or cat is getting uncomfortable.

"They'll pant a lot, they'll lick their lips excessively, they'll shake, they'll tremble, they'll pace around the house," Peterson said. "Sometimes, dogs that have a lot of anxiety will actually try to escape the indoors, so they can damage window sills and damage door frames. So if you have a pet that does that and you're not home, I would put them in a safe space, a crate or something safe that they can’t destroy your house or or hurt themselves."

There are over-the-counter medical treatments for pet anxiety, but as Peterson explained, please make sure you check with your vet to make sure those treatments are suitable for your four-legged friend. And then, there’s the good old thunder jacket to make your pet feel more secure.

"The science behind [the thunder jacket] is that it's kind of a swaddling effect, just like we swaddle babies," Peterson said. "It kind of hits those pressure points, and it calms them down. I think it works for a lot of dogs, some dogs that have really severe anxiety and may take the edge off a little bit. All pets are different. So you just have to find out what works best for your pet."