Given the controversial nature of the issue, the prospect of such a large event has raised tensions for officials in the Commonwealth.
Author: Jasmine Whittington, Jonathan Franklin (WUSA9)
Published: 5:03 PM CST January 17, 2020
Updated: 7:36 AM CST January 20, 2020

And this year, with Gov. Ralph Northam and a Democratic majority set to roll out gun control legislation, those in favor of gun-rights plan to turn out in numbers around the Virginia capitol to press their case against those measures.

Thousands are expected to show up for the event Monday in Richmond.

Given the controversial nature of the issue, the prospect of such a large event has raised tensions. Earlier this week, Gov. Northam declared a state of emergency for the Commonwealth. Recent arrests of participants of neo-nazi groups further raised those tensions. Members of the organizing group fear agitators will show up.

Here's everything you need to know ahead of Monday's gun rights rally.

Who is organizing this?

The Virginia Citizens Defense League, a non-profit gun-rights group, planned the pro-gun rally on "Lobby Day" at the Capitol grounds in Richmond. The group's original plan was to peacefully carry firearms at the rally.

The league has advocated for what is called “Second Amendment sanctuary” resolutions in over 130 counties and municipalities around the Commonwealth. Though such measures carry no legal weight, the VCDL says it is still a defiant gesture against tighter legislation.

The gun-rights organization detailed instructions for those who plan to attend the rally on their website.

Where and when will it take place?

The rally will take place on Monday morning at the Virginia State Capitol grounds in Richmond.

According to the Virginia Citizens Defense League, participants should meet at 8 a.m. at 10th and Bank streets. Lobbying "teams" will be formed and will enter the nearby Pocahontas Building with a "team leader" to meet with Virginia state legislators in their offices.

At 11 a.m., the rally will begin. It is scheduled to conclude at noon.

Will guns be present at the rally?

Gov. Northam has prohibited all weapons, including firearms, from Capitol grounds. Weapons are banned in the Capitol and General Assembly buildings, as well as the executive branch office buildings.

Under the state of emergency, firearms and other weapons have been banned from state property on the block surrounding the Capitol. The ban began at 5 p.m. Friday and remains in effect until 5 p.m. Tuesday.

In addition to guns, banned items also include:

What other safety measures will be in place at the rally?

Several streets will be closed in the area, according to authorities.

In addition, access to Capitol Square in Richmond will be limited to one secure entrance at Ninth and Grace streets. Metal detectors will be used. Also, three exits have been designated along Ninth and Bank streets.

Virginia State Police, the Richmond Police Department, and Capitol Police said that the three departments will be coordinating throughout the day to ensure that the rally is a safe event.

Who is planning to speak?

The following are planning to be in attendance as "Lobby Day" speakers: 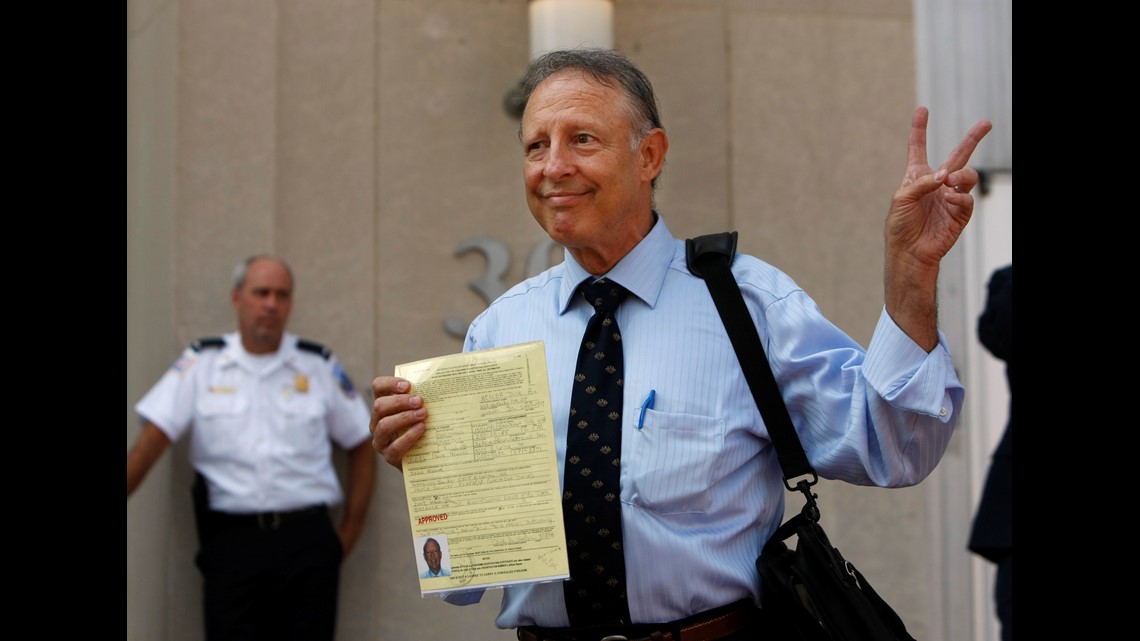 Ok, so why was there a state of emergency?

Gov. Ralph Northam declared a state of emergency Wednesday afternoon ahead of Monday's gun rights rally at the state Capitol.

Northam said there are credible threats of Charlottesville-style violence that could repeat at the capitol grounds on Monday. He also said that credible intelligence reveals white extremist militia groups plan to enact violence during the rally.

"No one wants another incident like we saw in Charlottesville in 2017. We will not allow that mayhem and violence to happen here," Northam said.

The governor urged all unnecessary personnel to stay out of Richmond Monday, out of an abundance of caution. Access will be restricted in and out of Capitol Square, officials said.

The Governor has prohibited all weapons, including firearms, from Capitol grounds.

Three alleged members of the racially motivated violent extremist group "The Base" have been charged in a federal complaint with firearms and illegal immigration-related charges. The group had plans to come to Virginia ahead of the gun rights rally Monday.