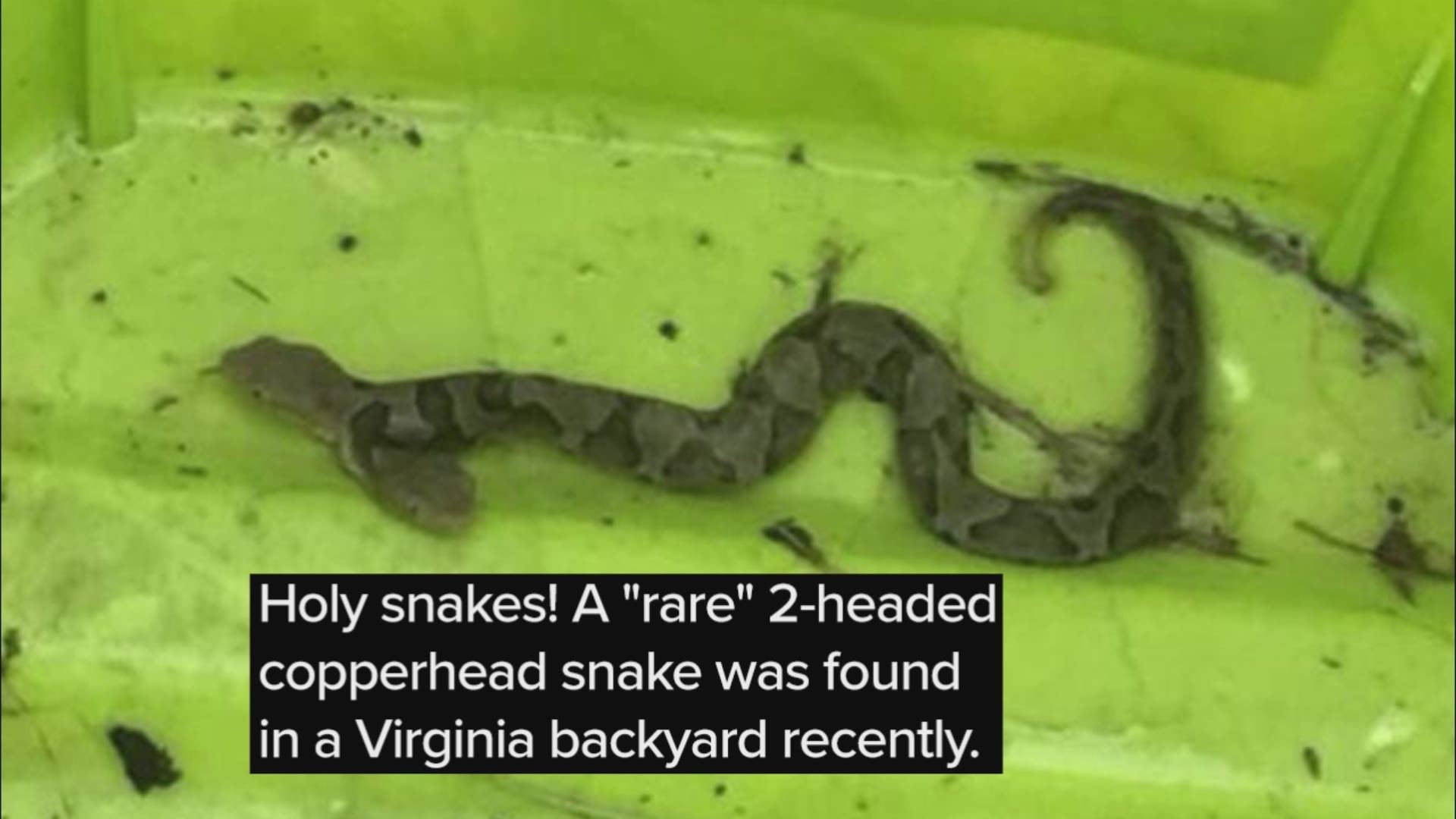 Virginia Wildlife Management and Control — a wildlife removal service in Northern Virginia — shared a post on Sunday of photos of the rare copperhead it received on its Facebook Page.

The 2-headed snake was found in a Woodbridge backyard.

A specialist removed the 2-headed copperhead snake from the residence Monday, the business said on its Facebook page.

The Wildlife Center of Virginia took in the snake for examination and radiographs. According to a state herpetologist, the left head of the snake is the more dominant one since it's more active and responsive to stimulus.

The two heads share one heart and one set of lungs. While two-headed snakes are rare, they reportedly don't live that long.

However, if it survives, it will likely be placed in an educational facility.