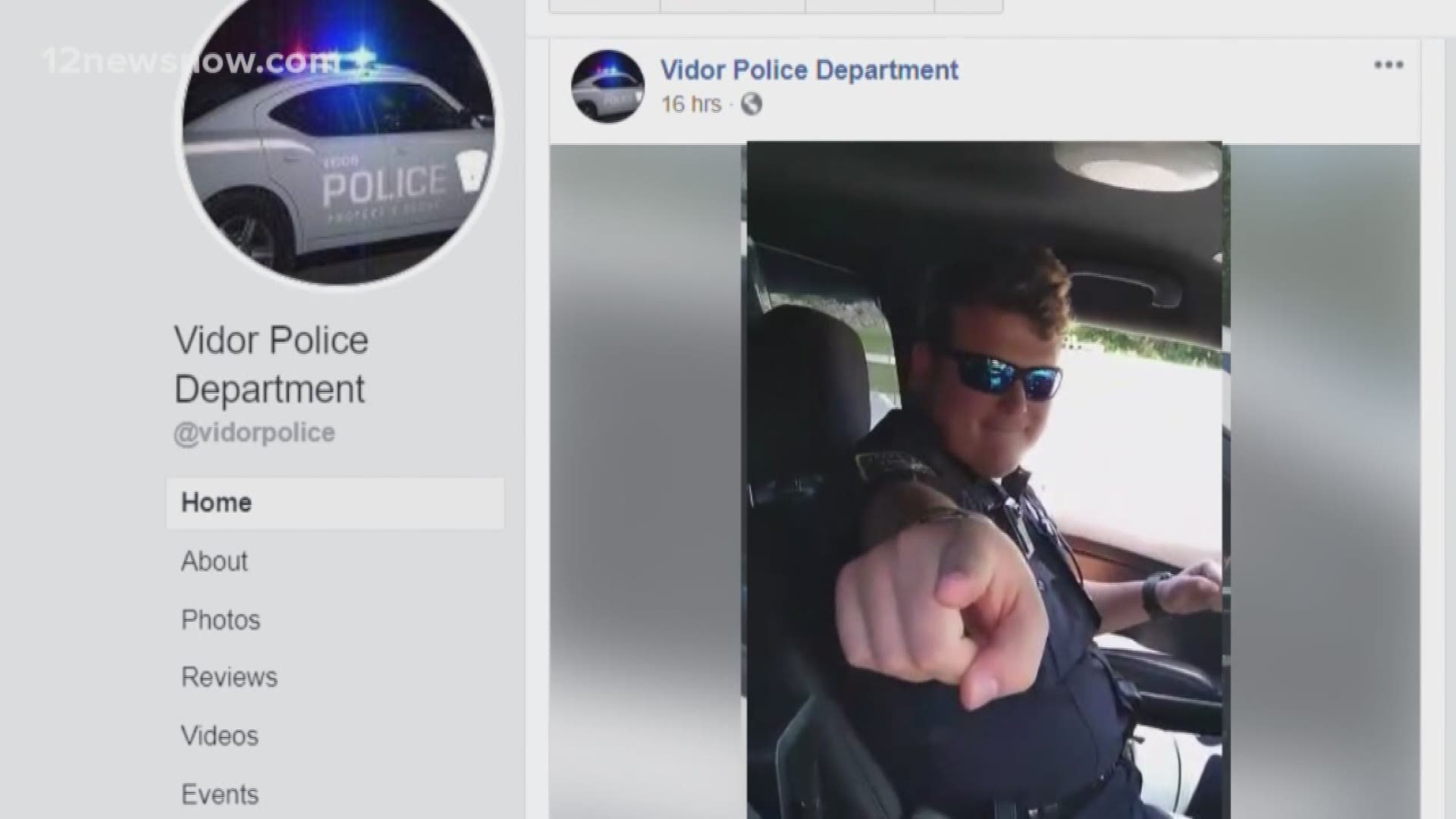 We all know these are trying and stressful times for everyone, but one Vidor police officer is providing some comedic relief with his dance moves.

At 22-years-old, patrolman Dillon Lapoint is the youngest officer at the Vidor Police Department, but he's got an old soul when it comes to music.

"I listen to The Village People quite often, I mean it's really uplifting you know," Lapoint said.

Wednesday, he was jamming out to one of his favorites, Macho Man, when he pulled up to the police station.

"One of my dispatcher's came outside and started recording me," he said, "first responders are under a lot of stress right now so I just wanted to kind of break the tension a little bit."

RELATED: Prom was canceled, so these parents surprised their daughter with an at-home party

That's exactly what he did. Officer Lapoint's moves ended up on the department's Facebook page, and quickly gained a lot of views, and a lot of laughs. While Lapoint doesn't actually consider himself a "macho macho man," he's glad the video made people laugh. 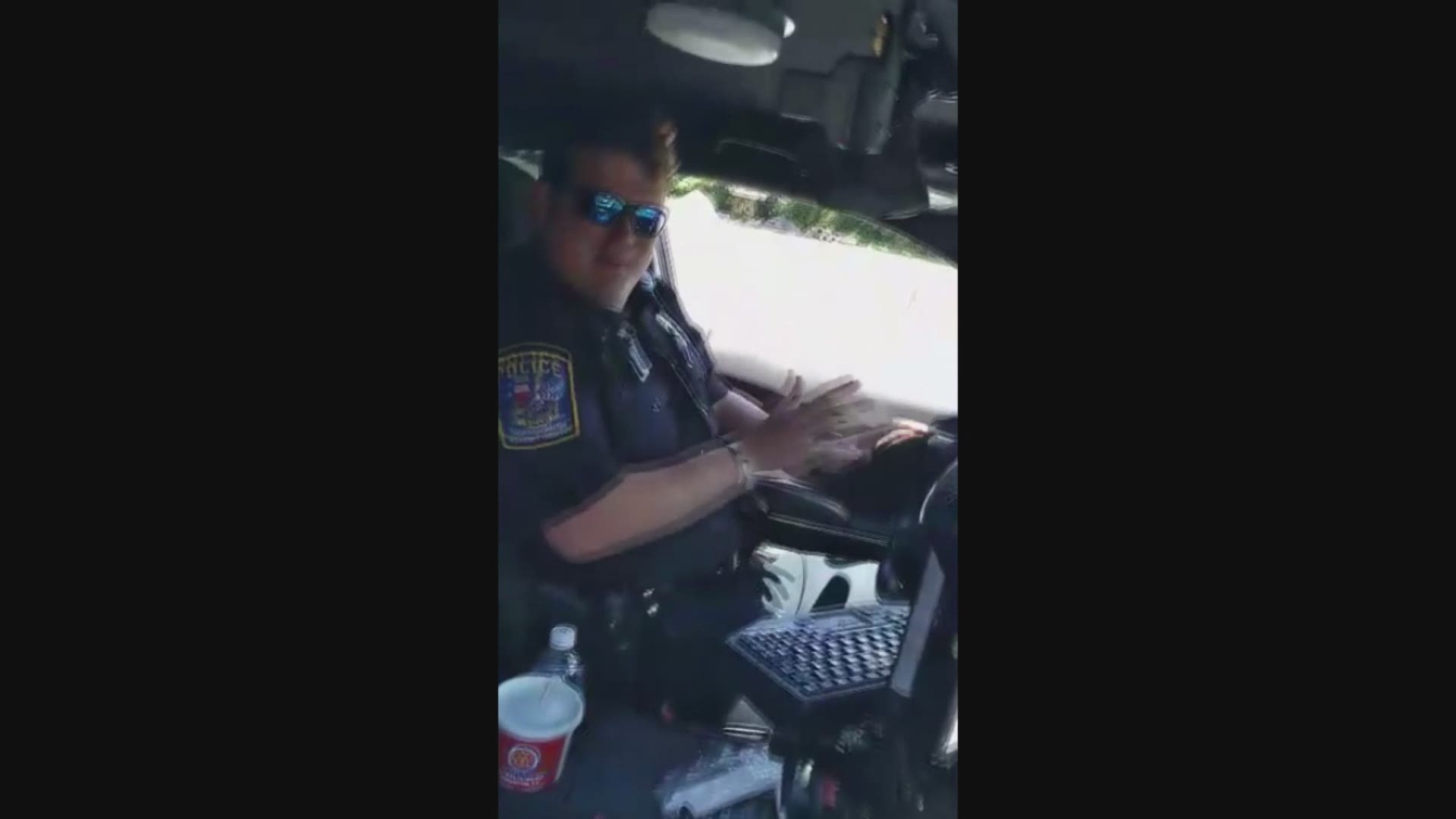 "I really didn't think it would travel that fast but I mean I'm glad I got a lot of good attention especially with the COVID-19 going around right now," Lapoint said.

Office Lapoint isn't the only one who's got jokes, however. A Vidor police captain who helps run the page jokingly "fired him" for the dancing, and told him his mom called, and said he needed to get a hair cut, which brought in even more laughs.

Chief Carroll also raked in a lot of laughs with his March 14th post, "asking that all criminal activity be suspended until further notice."

And back on March 24th, a post asking if anyone sees the owner of a missing wallet, to let them know they dropped it running from VPD.

"Its very good to let loose and enjoy life a little bit as we can," Lapoint said.

It's a sentiment chief Carroll agrees with. He says everybody's stressed right now, the officers included. He described Lapoint's dance moves as a "spontaneous moment" that wasn't planned, but definitely offered some relief.

"If we can have something good on social media that people can laugh at, and something very much at the norm to see an officer in uniform singing a rendition of macho man I mean it was it was it was good," Carroll said.

He says with the way things are going, he's expecting things to get worse before they get better, but they'll keep responding until they can't respond anymore.

"It is key that our officer keep up their morale, and not just us but the general public because it is extremely stressful what's going on out there today," Lapoint said.

Chief Carroll says he admires how lighthearted Lapoint is, but as for his dancing...

"Certain people should not dance, I'll just put it that way," Carroll said with a laugh.

Despite the bad review, Carroll is already looking forward to Lapoints next video, and he's even making requests.

"I'd actually like to see officer Dylan's next rendition to be Britney Spears, Wrecking Ball, I'm looking forward to seeing that on our YouTube station," Carroll said.

As for that video, Lapoint says we'll just have to wait and see.

RELATED: Your questions answered: Join experts from across Texas for a conversation about COVID-19