VERIFY: Yes, price gouging is illegal but still happens. Here's how to report it.

When it comes to price gouging consumers should be on the lookout for 'unreasonably excessive prices,' especially on those items necessary for survival during emergencies. 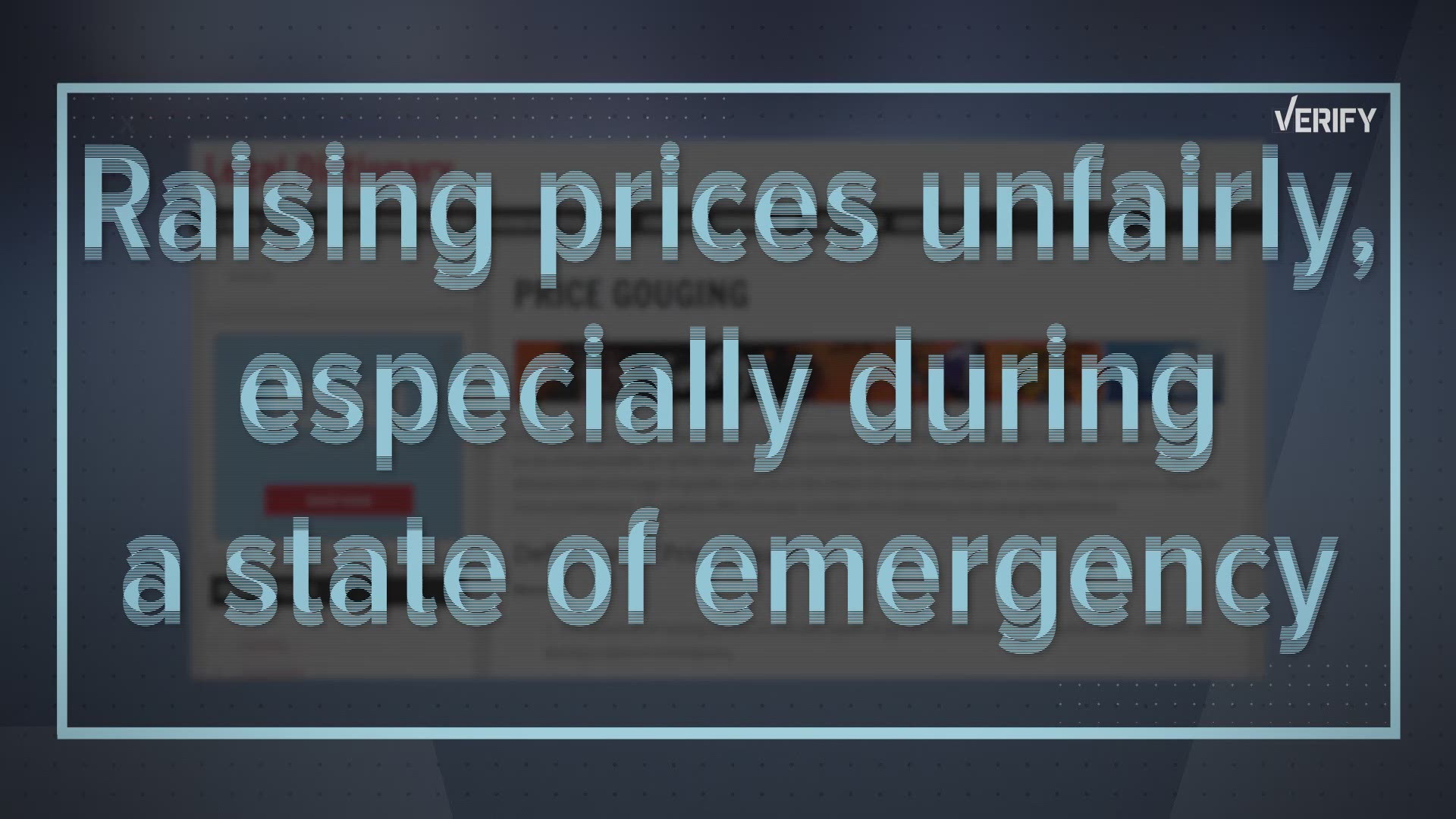 Price Gouging is defined by LegalDictionary.com as "The practice of raising prices on certain types of goods and services to an unfair level, especially during a state of emergency."

It's illegal, but unfortunately still happens in emergency situations. Earlier this year, 48 gas stations in Texas were forced to pay out more than $160,000 dollars after raising their prices during hurricanes Harvey and Irma.

HOW TO SPOT PRICE GOUGING

As of Wednesday, North Carolina, South Carolina, Georgia, Virginia, Maryland and Washington, D.C., have all declared a State of Emergency in anticipation of Hurricane Florence's landfall.

When a State of Emergency is activated, legal protections against price gouging come into play.

VERIFY reached out to Stein and spoke with him about the criminal practice and how to identify it.

"Most businesses want to do right by people," Stein explained. "Unfortunately there are always a few out there who try to take advantage of a situation to make an extra buck. That’s not right and in North Carolina, that’s not legal and my office at the Attorney General's office will hold those folks accountable.”

Stein said consumers should look for "unreasonably excessive prices," especially on items that are necessary for survival and safety during emergencies.

Offices like Stein's have set up ways to report price gouging.

To find more information about any of the currently impacted states, click their link below:

PAY IF NECESSARY, FILE AFTER

Stein said it's important that consumers send complaints and reports to their office, but also emphasized that they should prioritize their safety and needs first. Their office won't be able to respond immediately during Florence, he said, and hoped consumers would pay for what they need and later get reimbursed rather than risk not having necessary supplies.