Neighbors in the Gilbert neighborhood where a 3-year-old girl tragically died after being left inside a hot vehicle Tuesday put up hundreds of pink ribbons. 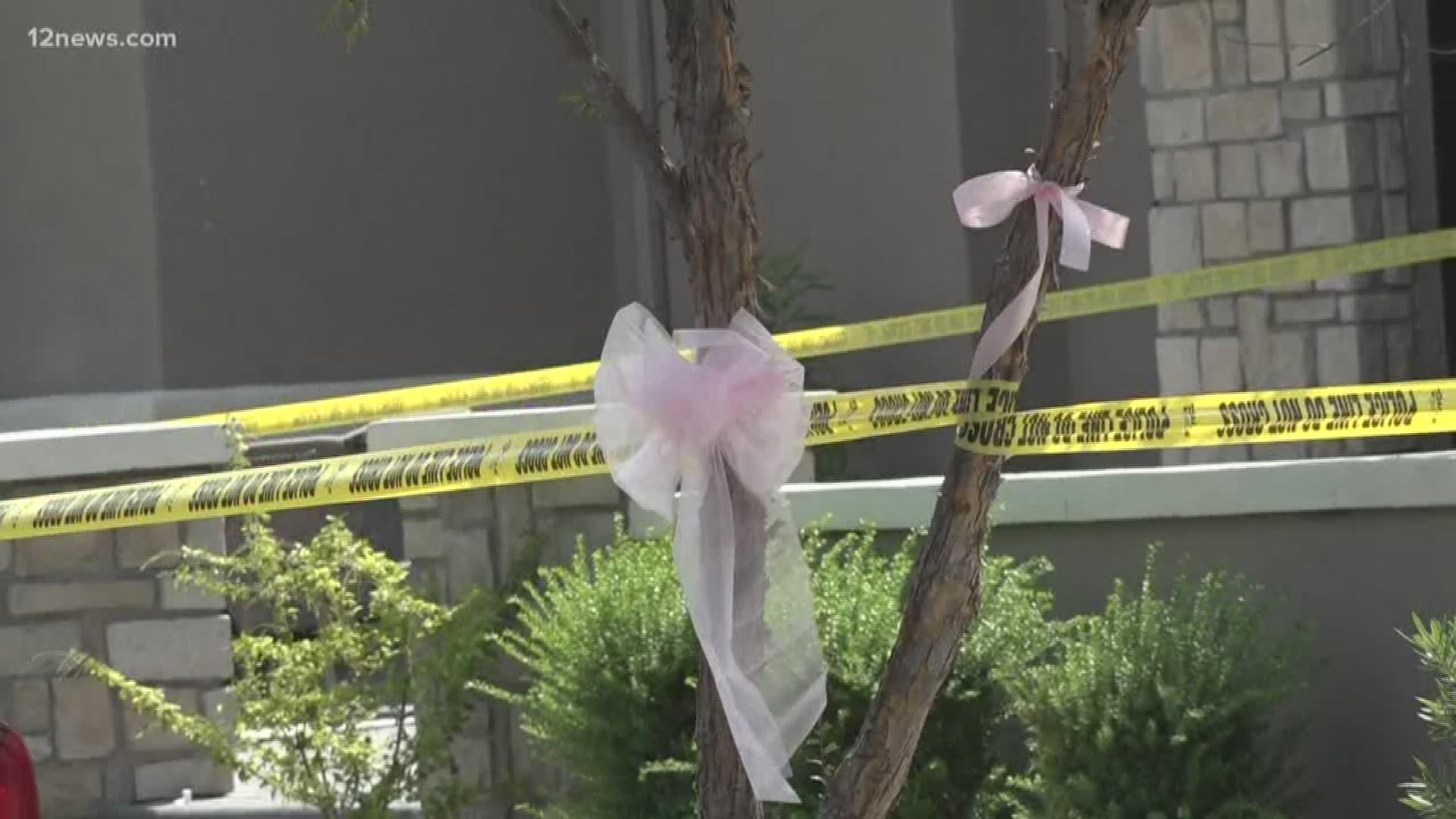 GILBERT, Ariz. — A neighborhood continues to mourn the death of a 3-year-old Gilbert girl who died yesterday after being left inside a hot car for almost 3 hours.

The tragedy is bringing the best out in neighbors, who spent last night and this morning hanging ribbons to show their support for the family.

"She was just an adorable little 3-year-old. What 3-year-old doesn’t take your heart?" said Judy Rott.

Judy Rott lives across the street where a 3-year-old girl tragically passed away after being left inside a hot vehicle Tuesday morning. She says the entire neighborhood is heartbroken.

PREVIOUSLY: PD: 3-year-old girl dies after being left in hot car in Gilbert

"We’re all upset about it so we went up and down and tied pink ribbons all up and down the street," Rott said.

Throughout the Gilbert neighborhood, hundreds of ribbons were hung up to show support for the family who Judy says just moved in this past April.

"We just wanted them to know that we’re thinking about them," said Rott.

Investigators spent Wednesday focusing on a GMC truck parked in the driveway. Gilbert police told 12 News there's not much new information they can release about the investigation at this point.

As for Judy Rott, she wants the family to know their neighbors are with them at such a difficult time.

"Just pray for the family and don’t judge them. I’ve heard rumors about judgment and it’s wrong. No one should have to endure this," said Rott.

RELATED: Most new vehicles soon will remind people to check the back seat