Members said they never expected the lockout to last this long. 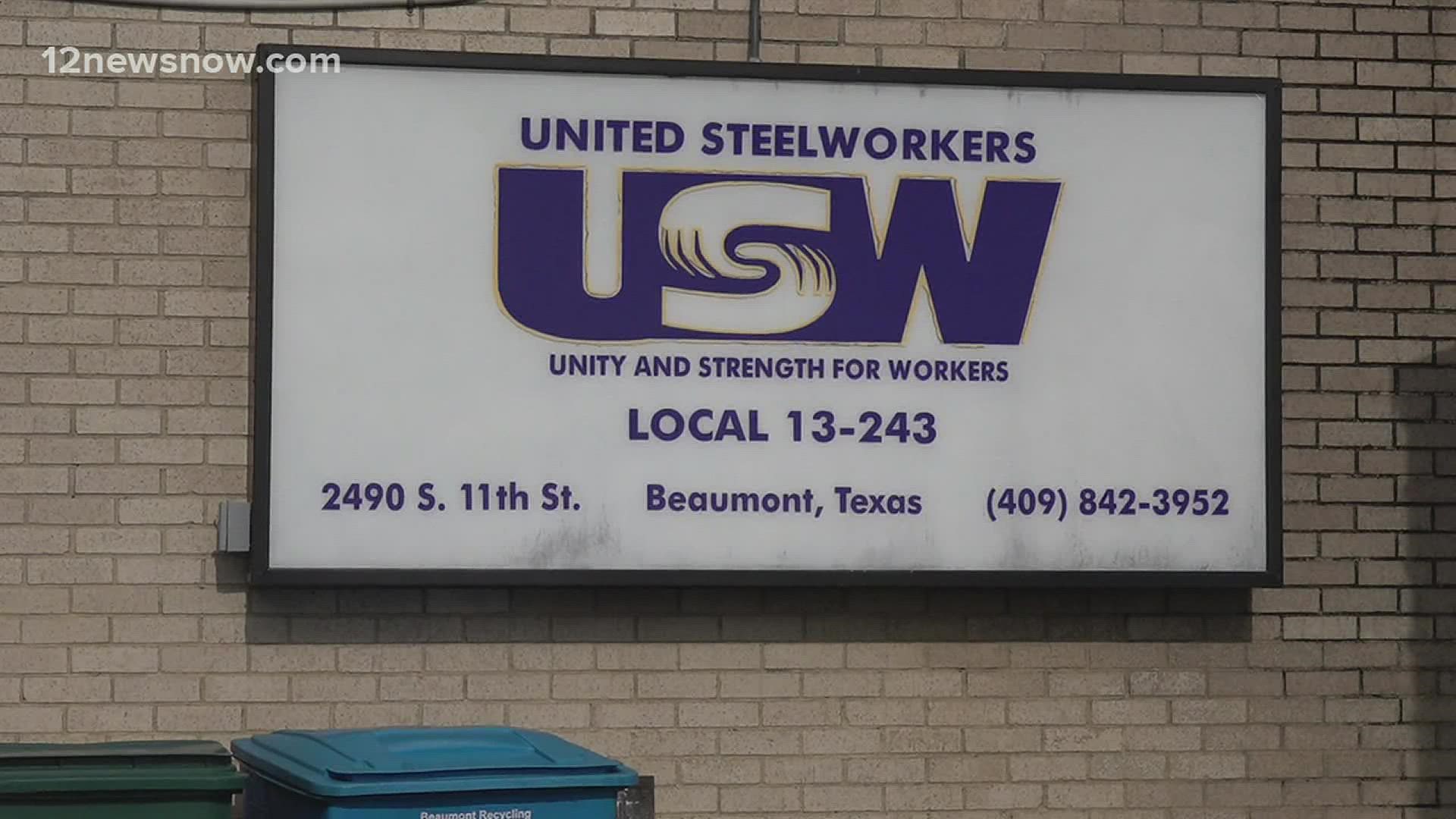 BEAUMONT, Texas — While many Americans are enjoying the extended weekend that Labor Day provides, some members of the Beaumont community said that this year’s holiday serves as a reminder that they are out of work and have been for months.

Four months after the ExxonMobil lockout began, United Steel Workers are still without their jobs. Members said they never expected the lockout to last this long.

Several ExxonMobil workers took to the streets on Labor Day to protest what they are calling unfair treatment and to let their frustration be known. They are fighting to get back to work.

They are negotiating for a new contract with ExxonMobil. The union is focused on not only reaching an agreement with the power giant, but also providing for the members who have not been to work since the lockout began.

Edwards feels that what he and his co-workers are dealing with is unfair. The lockout began in May of 2021, and while both sides have attended multiple meetings, a contract has yet to be agreed upon. However, they are negotiating in good faith.

“It's sad you know,” Edwards said. “You were once an essential worker. You were so needed, and there's so much praise, and now today, on Labor Day, I'm standing out here fighting for me and my coworkers’ job.”

Workers said they take working at the refineries seriously, and that they do not think the temporary workers that ExxonMobil hired can do the same safe and productive work that they have been doing for years.

“I know what I’m doing,” Carlos Soto, ExxonMobil warehouse operator, said. “I know how to operate it safely, and I can’t say the same for the people they got to replace us.”

Members said that losing their jobs has not been easy.

"One day I was used to a paycheck, the next I’m not, having to deal with that with my wife and what not,” Soto said. “She’s working. She’s a teacher. It’s been pretty hectic."

The support of the Steelworkers Union has been a big help, Soto said.

USW officials said labor unions like the USW are helping support workers like Soto while they are out of work, by keeping the food pantry going and connecting with other unions for resources.

“We're still receiving a lot of donations from other unions, other locals,” Bryan gross, USW staff representative, said. “In general, people stopping by the hall and dropping food off, dropping donations off.”

Still, Gross wishes he could do more.

"But, it is frustrating,” Gross said.  “We're four months in, and we haven’t reached an agreement on any items. The company won’t talk about any individual items. It’s just a flat rejection of our proposals."

Members said they are hopeful that ExxonMobil will be more transparent concerning future negotiation, so they can agree on a reasonable contract because they are ready to get back to work.