Thursday marks two years since Josue Flores was stabbed more than 20 times while walking home from school. No one is in custody for the 11-year-old's murder. Neighbors and officials are asking again for the public's help catching his killer. 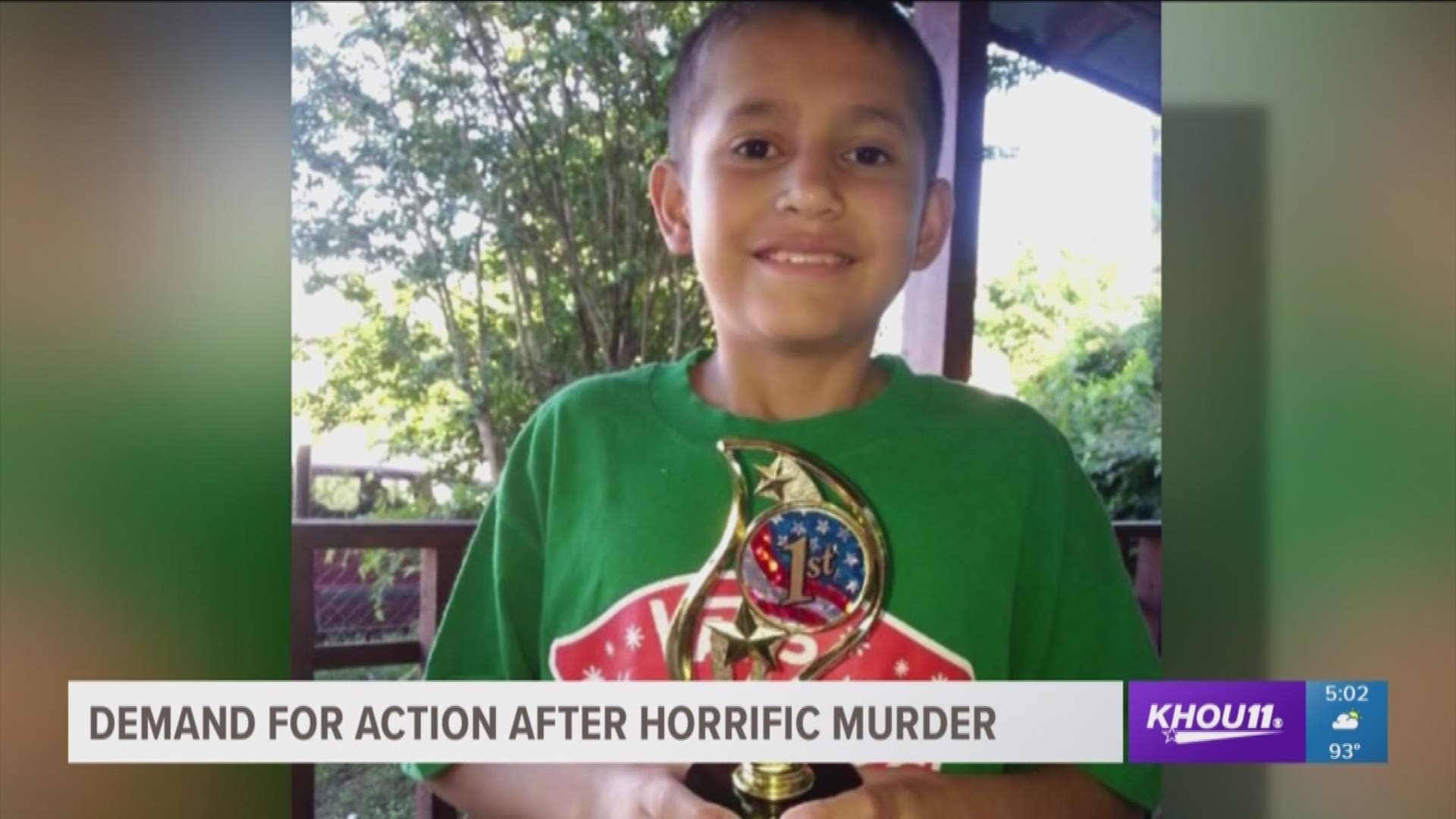 On Thursday afternoon, family, friends, and neighbors in Houston’s Near Northside neighborhood gathered at the site on Fulton Street where Flores was murdered in May 2016.

The group remembered the Marshall Middle School sixth grader and pleaded with the public for help in catching the killer, who remains free after case leads dried up.

“I want to offer you an apology on behalf of law enforcement throughout the city of Houston, Harris County, and our criminal justice system because I feel like we have failed little Josue Flores and the family by not bringing your killer to justice,” Constable Sylvia Trevino of Harris County Precinct 6 told family members.

Lt. Davis of the Houston Police Department, who covers the Near Northside, told gatherers the area’s overall crime is down and officers have increased patrols.

“Just you being out in your front yard just paying attention as the kids are walking home and being able to pass on pertinent information is helpful as well,” he said.

After Flores’ killing in May 2016, his family and neighbors demanded action. That month, the nearby Salvation Army men’s shelter tightened rules on who could come and go freely.

In fall 2016, Houston City Council extended their “civility ordinance”, which restricts sleeping, lying, or sitting on public sidewalks, to include parts of the near Northside after a resident-driven petition. In March 2018, they set up permitting and regulation of group homes.

“I think we are safer, but it’s hard to feel safer when we’ve been wounded like this,” City Council Member Karla Cisneros, whose represents the area, told the crowd.

“I think it has gotten a little bit safer, but we still have a lot of people doing drugs out in the open,” said Connie Lara, who grew up in the Near Northside and was a longtime teacher at Marshall Middle School.

Lara and neighbors say they still see transient men using drugs, engaged in lewd behavior, and passed out near schools.

“Things have changed a little bit, but it’s still the same neighborhood,” said Stella Mireles-Walters, who founded Safe Walk Home, a volunteer effort to supervise kids walking to and from school, after Flores’ murder.

“How to actually stop and be that hero that that student needs, or that elderly needs, or that your neighbor needs when something is not right, and how to feel comfortable about calling (the police),” said Mireles-Walters, who also credits officers on their response to those calls.

“The gangs and the crime have to go, but it takes the community to do that,” said Sonia Parker, who helped set up Flores’ memorial early Thursday afternoon.

Even after the leads in Josue’s murder have disappeared, the hope that he’ll finally get justice has not.