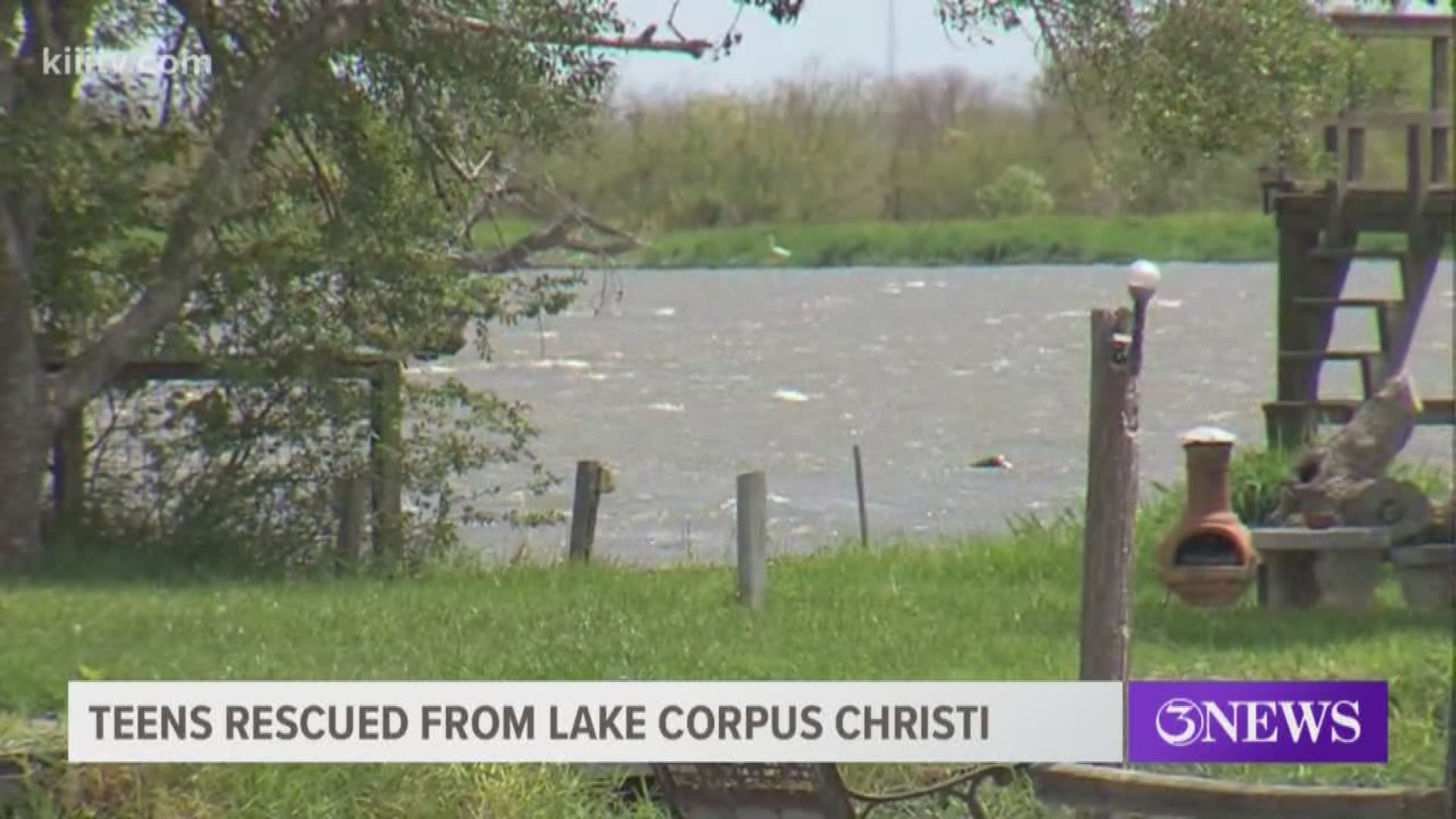 CORPUS CHRISTI, Texas — Two missing teens were found Wednesday afternoon by a Texas Game Warden search boat after spending the night floating in their life jackets in the middle of Lake Corpus Christi.

Texas Game Wardens and several area sheriff's departments were sent to the north side of Lake Corpus Christi to search for the two teens, who were reportedly among a group of four before they went missing Tuesday night.

According to the Texas Parks & Wildlife department, a U.S. Border Patrol helicopter spotted a capsized boat at around 3 p.m. Wednesday during the search. Texas Game Wardens checked it out and found the two missing teens wearing life jackets in the water.

The teens told authorities they had been out swimming.

The Texas Parks & Wildlife Department and Live Oak County Sheriff's Office said they had been investigating reports of a boat that was stolen Tuesday night and confirmed that boat found capsized on Wednesday was the same one.

As of around 4 p.m. Wednesday, authorities said two teens were arrested on charges of trespassing. 3News will keep you updated.