140 people have been arrested in connection to Go Topless Jeep weekend by Sunday night, the Galveston County Sheriff's Office said. 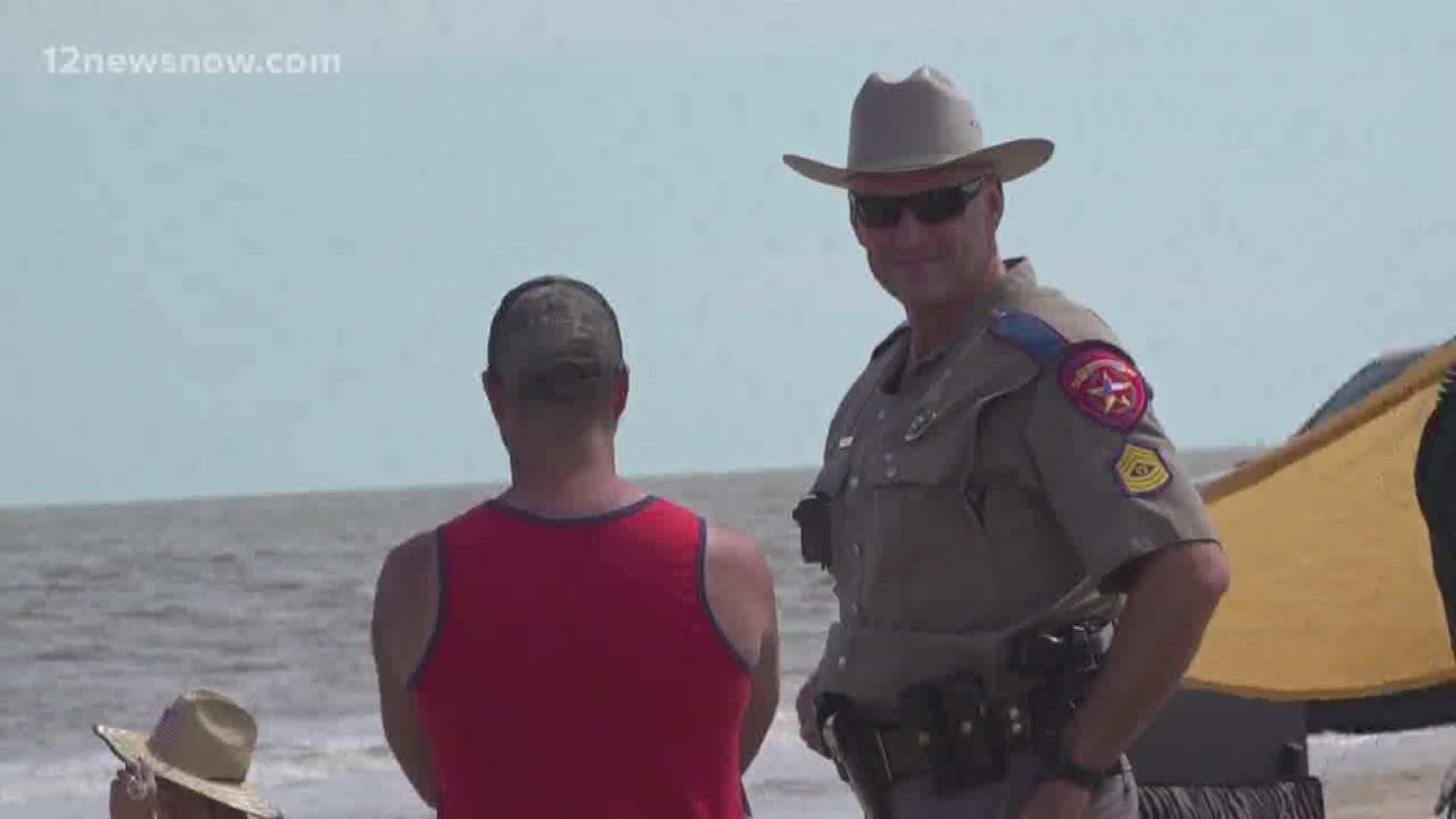 GALVESTON COUNTY, Texas — Over one hundred arrests were made and two men were shot during 'Go Topless' Jeep Weekend on the Bolivar Peninsula, according to the Galveston County Sheriff's Office.

Both gunshot victims were taken by helicopter to nearby hospitals, Galveston County Sheriff Henry Trochesset said. The shooting happened just before midnight on Saturday, May 16. The ages of the victims have not yet been released, and their conditions are still not known.

The shooter jumped over the dunes and ran from deputies, Trochesset said. Investigators believe it all stemmed from a fight.

Sheriff's office vehicles could be seen driving along the beach late Saturday night and in the early morning hours Sunday telling people to leave the beach and blocking entrances. Around lunchtime on Sunday, the sheriff's office told 12News they don't plan on closing beaches for the day.

One eyewitness told 12News he doesn't know that he will return for next year's event.

"It's surreal, I mean you sober up real fast when you see this going on. And you're like, where's the medics? Where's the ambulance?" Jason Simpkins said. "That's what was going through my mind, was how can we get this under control?"

A total of 140 people have been arrested in connection to the weekend's festivities as of 7 p.m. on Sunday.

Galveston County Sheriff Sgt. Mark McGaffey said it has to do with the extra patrol and more people out on the beach.

"It's not our big goal to put all these people in jail but I mean we need to get a point across that we're not gonna put with it. We got residents that live here, plus the people who comes down here," McGaffey said.

For the 2020 event, the sheriff's office added 70 extra deputy patrols and about 30 DPS troopers to help with enforcement.

"People come down here to enjoy their time, now of course you've got the people who get out of hand and don't know how to take care of their own business, so that's what we're here for," McGaffey said. "Basically, come down here and enjoy yourself and have a good time. We don't have a problem. That's what it's about. But when you start acting silly, then the sheriff has a place for you to stay."

For at least one family, the chaos seen during the weekend will keep them away from any future events like this one.

"I don't think I would ever wanna come down here during a jeep weekend, where it's just uncontrolled and crazy. Because I've got a 5-year-old daughter and my wife here," Simpkins said.  "I don't think it's a place you would wanna bring a family."

In 2019, 125 arrests were made and six people had to be taken to hospitals in helicopters. Officials counted 18 crashes and more than 600 911 calls related to Go Topless weekend.

Thousands gathered on the peninsula to celebrate the annual event that draws crowds from all across the area.

Woman, child dead after being pulled from pool at north Houston home