So far, just over four percent of registered voters in Jefferson County have participated in the election 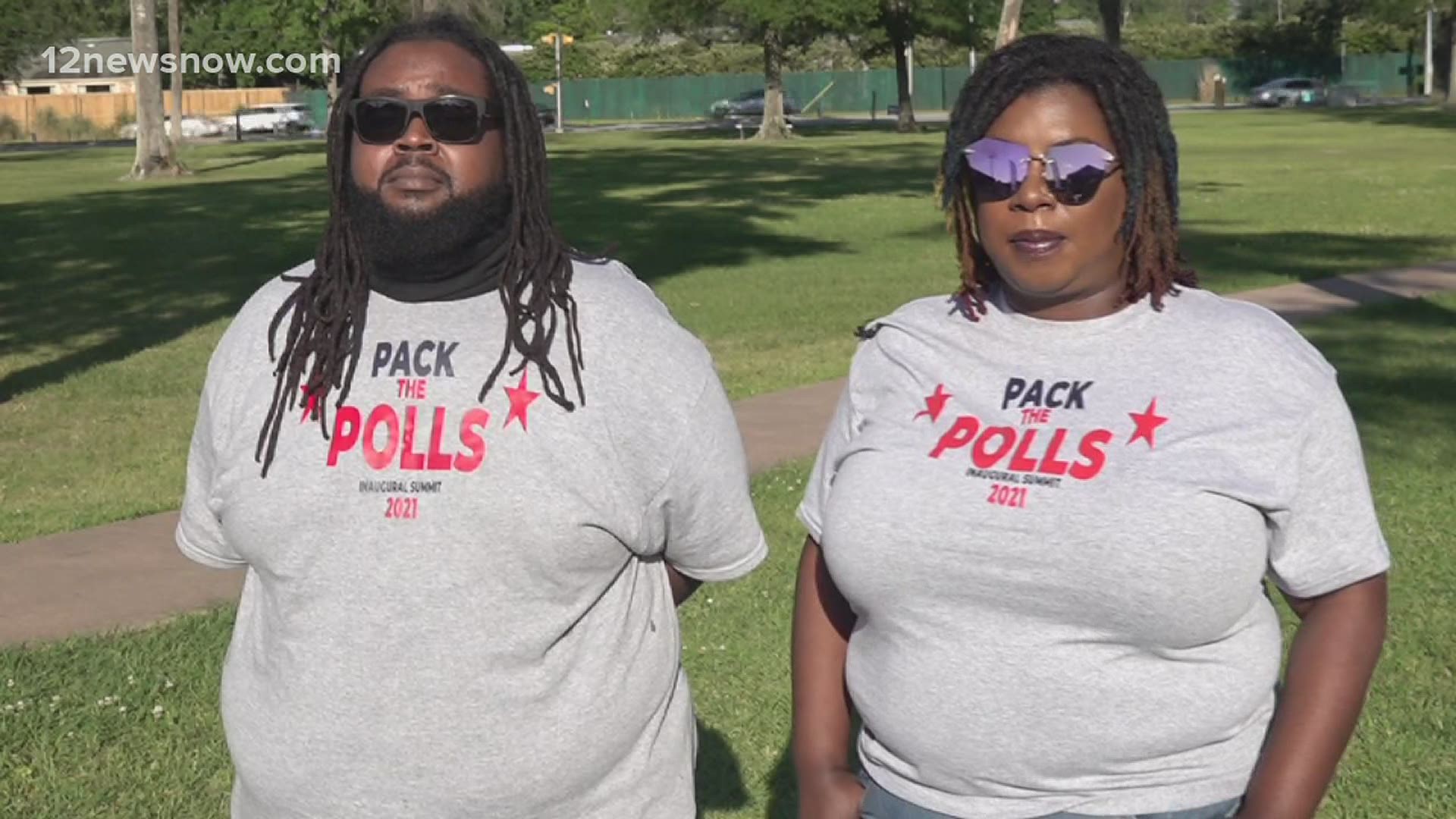 BEAUMONT, Texas — There are just a few days left to vote early in city and school elections across the state. Jefferson county has extended its voting hours, It's all in effort to increase turnout. Leading up to election day, these are busy times for a pair of Beaumont ISD teachers

Joy Fontenot and Tray Nickson operate a political action committee called Pack The Polls aimed at increasing voter participation. When the two are not in the classroom, you will find them in the community educating people about the importance of voting.

"We registered about 90 students to vote for this first election," Fonteno  said. "We are all about  starting to change the mindset that voting isn't important."

In Jefferson County there are just over 146,000 registered voters. So far, only 4.4 percent of eligible voters have participated. It's a reality that inspired the two to hosted voter registration drives and transport people to the polls

"The voter turnout has been abysmal in past election cycles and we hope to turn that this one and plan to in the future," says Tray Nickson, who is the co-founder of the group.

RELATED: What's on the ballot in Jefferson County?

As low as the turnout has been it's not surprising for political analyst Thomas Taschinger to hear.

"Jordan, it's really depressing - sometimes it's a low as 5 percent and 10 percent  of the registered voters," Taschinger said.

The longtime Beaumont Enterprise columnist expects the turnout to increase over the coming days based on recent history.

"I really think it's gonna pick up in this second week. I mean, the candidates will be advertising more and more, it's gonna dawn on people, 'hey, the election is Saturday May 1st.' You could have a surge here Monday and Tuesday."

Polls will be open till 7 on Monday and Tuesday and election day is Saturday, May 1st. Pack The Polls will be offering rides to those in Beaumont who need a ride to polling sites. You can sign up here.