Two tugboats remain stranded off the coast of Sabine Pass; crews not being paid

The Bouchard Transportation Company boats have been stranded for the past 80 days. Crew members told 12News they have't been paid since January first. 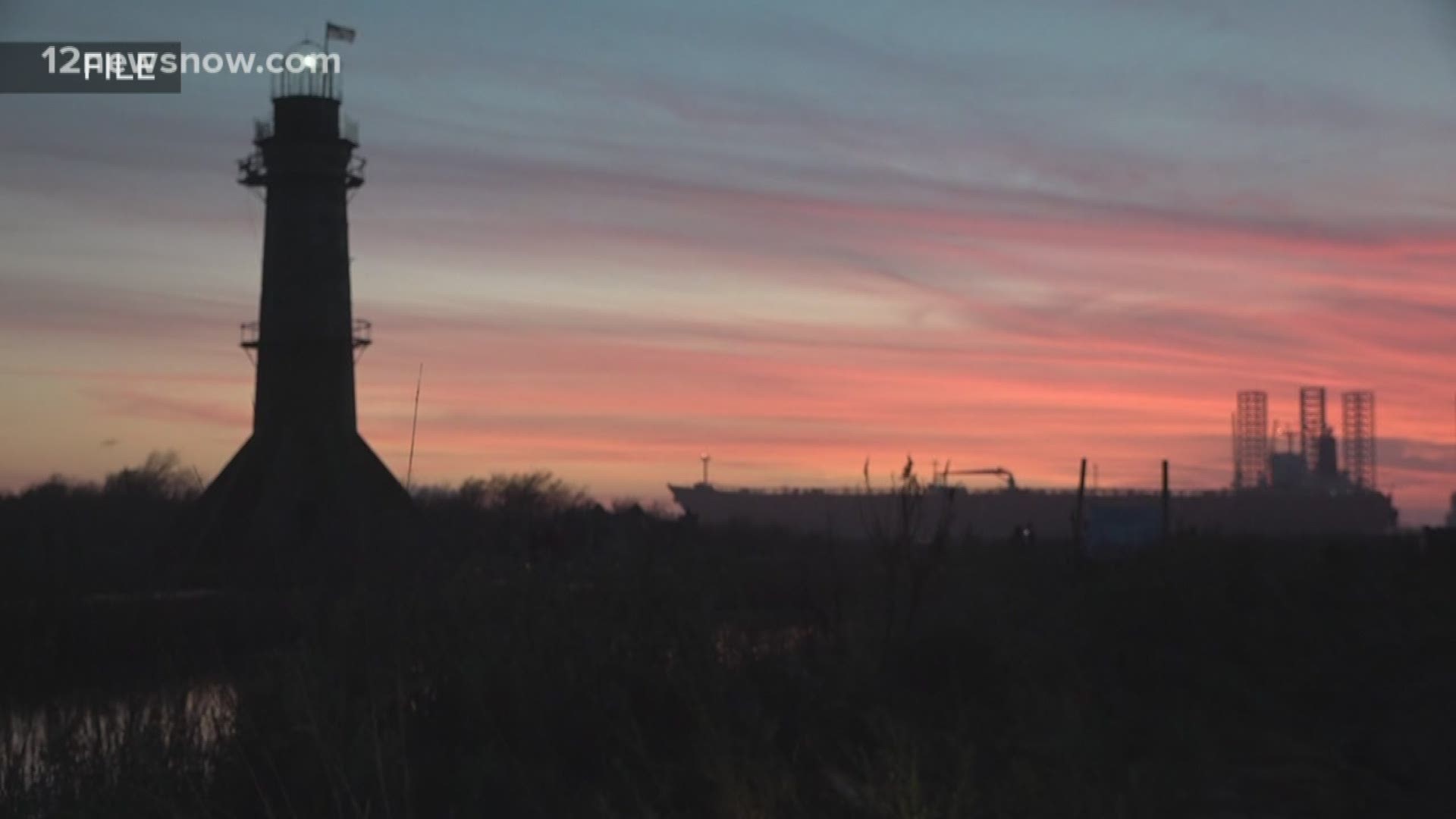 The Bouchard Transportation Company boats have been stranded for the past 80 days. Crew members told 12News they have't been paid since January first. We've made several attempts to contact Bouchard, but so far have not gotten a response.

Father Sinclair Oubre with the Port Arthur International Seafarers Center says crew members contacted him last week, desperate for help. He called the International Transport Workers Federation, an international body of seafarer and transportation unions that have port inspectors throughout the world, for assistance.

"The problem lies with Bouchard Transportation, they're the primary group that's responsible for taking care of the vessels, and right now there are some challenges there, but we as a maritime community are stepping forward to be of assistance as best we possibly can," Oubre said.

Crew members told 12News the company can't pay for them to dock. Oubre says officials with the marine safety unit in Port Arthur are taking the issues very seriously, and working hard to resolve the problem. He praised their efforts to do so, and maintain their fiduciary responsibilities as a government agency.

"Our local maritime officials with the coast guard and other agency's have been in communication with Bouchard to try to resolve this problem and find the financing in order to bring these vessels in and maintain them while they're here," Oubre said.

After members of the crew told the U.S. Coast Guard on, Monday, February 10, 2020, that they were threatening to abandon the two tugboat and barge units the Coast Guard issued "Captain of the Port" orders for both the M/V Danille M. Bouchard and the M/V Kim M. Bouchard. Father Oubre says because of a federal law, the crew can't abandon ship.

MORE | "Captain of the Port" order for the Motor Vessel Kim M. Bouchard

MORE | "Captain of the Port" order for the  Motor Vessel Danielle M. Bouchard

"The crew is responsible for the well-being of the vessel and if you walk off the vessel and leave it unmanned you can be brought before the coast guard and your merchant marine credential or your license can be taken," he said.

The tugboats in Port Arthur aren't the only ones in this situation. Father Oubre says Bouchard has vessels stranded in the Mississippi River and Corpus Christi. Just today the company was ordered by the coast guard to move three units currently anchored in the New York harbor immediately, because they pose a safety risk to other waterways.

Father Oubre says a number of those vessels have been seized, or arrested.  There are a couple of issues preventing the boats from docking in the meantime here locally; the boats' size, and the question of liability. The boats are over 700 feet long, and can't be put just anywhere.

"If they come in the dock owner or the person who has them has to, becomes responsible and we've seen situations in the past where you do a good Samaritan act, only to be burned by it or become problematic later on," Oubre said.

Until the company comes up with a solution, father Oubre believes the crew is safe. He's been speaking with them on the phone, and intends to go out there Monday with some fresh produce if things aren't resolved by then.

"We are one of the top three maritime ports in the country," Oubre said, "We have this rich supply of resources that are here, and one of those is a seafarer well-fare community."